WiSeGuY shows off his supreme lyrical prowess on the new song “Fishnet”.

A perfect storm of creativity is what you get from mflux on the new song “Hello World!”. 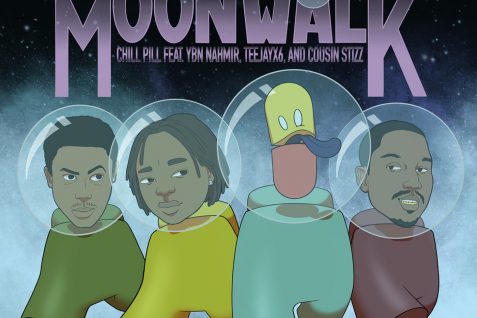 get up and moonwalk with your friends to chillpill’s latest hit.

578,520 is the number of minutes since COVID-19 turned the world as we know it upside down. 578,520 minutes we spent indoors wondering when the next time we’d be able to be outside and just vibe. Well, my friends, it only took a vaccine and two minutes and fifty-six seconds to bring us back to what summer means – cutting loose, having fun, and partying to certified bangers. On April 16, chillpill dropped “Moonwalk,” his latest star-studded collab.

The up-and-coming producer started the year off with his hit Rico Nasty and Soleima collab “Lil Bitch,” and came back with a vengeance with his star-studded “Moonwalk.” The certified banger brings the likes of YBN Nahmir, Teejayx6, and Cousin Stizz together for a summer anthem about fun, living your life, and simply not giving a fuck. This song showcases chillpill’s ability to blend disparate styles and produce an A1 bop. On top of the hard-hitting production, Cousin Stizz offers a playful hook and verse while YBN Nahmir brings the bounce influence of Bay Area rap and Teejayx6 ends the song with his rough and ready scam rap sound inspired by Chicago era rappers.

Along with the release of the song, chillpill dropped his accompanying space-themed Moonwalk video game.

A collab from our wildest dreams, you have to wonder what other tricks chillpill has up his sleeve? If anything, we know he is the producer to watch.

Check out chillpill featuring YBN Nahmir, Teejayx6, & Cousin Stizz’s “Moonwalk” below and follow them on Instagram. Stay Global my Friends! 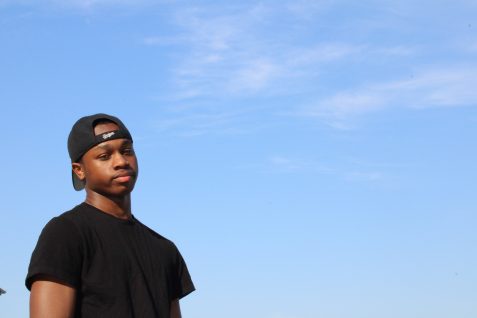 JamalTheCreator is Atlanta’s Next Rap Genius

JamalTheCreator (born Jamal Ayomiku Bradley) has been making a ton of noise lately in the music scene. The Atlanta rapper initially gained fame from his YouTube channels, where he has gained millions of views. He gained a large following from

JamalTheCreator (born Jamal Ayomiku Bradley) has been making a ton of noise lately in the music scene. The Atlanta rapper initially gained fame from his YouTube channels, where he has gained millions of views. He gained a large following from uploading vlog and prank videos throughout YouTube and social media. Being the 5th child of 7, Jamal has always been surrounded by music. He is actually the younger second-cousin of Atlanta Rap legend ‘Pastor Troy’. Growing up he attended ‘Pastor Troy’s’ church in the Jamestown neighborhood of College Park, Georgia.

Recently, he uploaded three singles onto SoundCloud titled “This Is The Life”, “Trust Issues”, and “All On Me”. The songs have since gained massive attention by the media, and have been picked up by major publications. “This Is The Life” shines a light on Jamal’s desire to live a luxurious high-lifestyle, wanting to move to Los Angeles, and drive expensive cars. Jamal’s artistry mainly represents positivity and aims to prevail beyond the stereotypes of “rappers”. He is currently working closely with record labels Renascent Artistry / PPMG / Kobalt Music Group to aid him in building his catalog. The 19-year-old rapper has plenty of road ahead of him to take off in his music career. 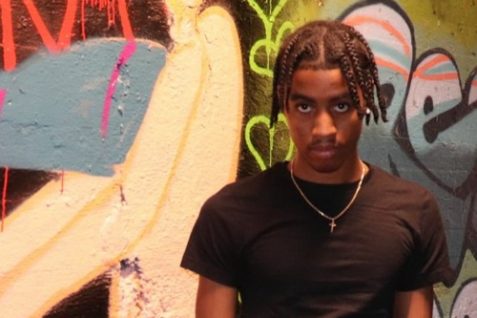 This artist will have you hooked with his recently re-release single titled “Need Me”. BrazyXay is a nineteen-year-old YouTuber and Rapper coming out of Atlanta, Georgia. After receiving over 2.7 million subscribers throughout his time as a YouTuber, he is

This artist will have you hooked with his recently re-release single titled “Need Me”. BrazyXay is a nineteen-year-old YouTuber and Rapper coming out of Atlanta, Georgia. After receiving over 2.7 million subscribers throughout his time as a YouTuber, he is now on the verge of becoming a top artist in the music industry. BrazyXay is nothing compared to the generic rap that is usually played on the radio. He brings unique and irreplaceable lyricism, which is what fans really love about an artist. The track expresses how BrazyXay feels trapped in a toxic relationship. He feels like his significant other only has the desire for materialistic things and not him. He becomes confused and feels like she’s playing mind games with him, so he escapes from the toxicity. The song “Need Me” was originally uploaded in April of 2020, and received over 14.2 million streams on SoundCloud, but has since been deleted due to improper licensing of the beat. This song is what gained him viral attention on the music scene and ultimately landed BrazyXay a distribution deal with Renascent Artistry / Kobalt Music Group in August 2020.

BrazyXay aims to be positive in his music and give fans songs that lighten up their day. We believe he found the right recipe for this track, as it’s been rapidly increasing in plays on SoundCloud since the release. If you haven’t already heard “Need Me, go ahead and check it out! It’s definitely something you should consider adding to your playlists. Lastly, make sure you keep in touch with BrazyXay on all social media platforms so you don’t miss out on anything: