Gudm breaks down the Master Pen behind his new song “Warzone”

Rosewood Swing – On Me 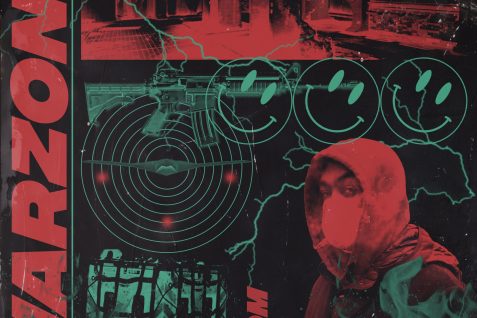 Gudm breaks down the Master Pen behind his new song “Warzone”

Master Pen is all about the great emcees of our time coming to this platform and breaking down their incredible lyrics that keep the culture moving forward. Gudm embodies this purpose. With his latest release “Warzone” we had to know more about the work that goes into this artist’s process. Gudm was gracious enough to take time to break down the Master Pen behind his new record. Below he breaks down his Master Pen.

Who is Gudm the artist?

I’m a 20 year old student who’s been making music infrequently as my escape/release from life. Im a pretty laid back guy who takes everything way too casually but having just finished my degree I’m ready start making music properly.

What inspired the lyrical approach to your “Warzone”?

The approach for Warzone was basically to just lay out what I can do lyrically in terms of flows and wordplay while using mostly COD: Warzone related lyrics. No hook or catchy chorus, just Warzone bars.

Honestly I wasn’t sure what would hit and what wouldn’t, a lot of the bars require a decent knowledge of Warzone and they go by pretty fast so I didn’t really expect any of them to be big hitters. I think “Imma send them kids to the ICU, cos they really wanna test my patience” may be the best. After ICU there’s an “I SEE YOU” ad-lib, so firstly there’s the wordplay there, but then there’s also the “test my patience/patients” because obviously the ICU is the medical ward.

What do you think is the bar that people may sleep on listening to “Warzone” and why?

I think the best bar would be at the end of the 4 bar that goes “ADS got you lookin like a Hindu, dot on your head so you know I won’t miss you, I just be taking these dudes of the street, I am the Big Issue”. First off the first 2 bars there are really funny to me, the visual of a red dot sight aimed at the forehead looking like a Hindu is jokes,  but the final 2 bars are definitely my favourite and definitely slept on.

The wordplay here comes from the fact that in the UK there’s a newspaper called “The Big Issue” and it’s basically a charity that creates newspapers and distributes them to homeless people to sell on the streets as a way of making money and getting back on their feet, so the double meaning is 1. I’m killing everyone in Warzone, if you see me it’s a big issue. And 2. The way I’m taking dudes off the street it’s like the newspaper The Big Issue.

I’d rate if a 7.5, pretty decent but I still have a good amount to work on.

What can people expect next from Gudm?

Expect the unexpected, I’m gonna be releasing a lot more this year and I’m gonna be dabbling in a lot of styles. I’ve been tryna make music I think everyone will like but this year I’m making what I wanna make, so be ready.

Chantel Jeffries featuring Shaylen – Come Back to Me

Wilai – I Got You

DOPICO – Take Care of Myself

The Million – Check Up 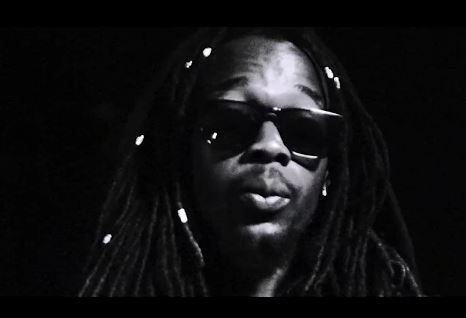 Saying the times have been crazy is an understatement. Many issues have impacted our lives in a major way, and leaves people wanting a voice to be heard. For years people have looked to musicians to give the message, the world needs and Mike G delivers on that with his new video “Overdrive” featuring Gamo and Ash Riser.

Mike G gives the right record, at the right time on his new song “Overdrive” featuring Gamo and Ash Riser. The music is powerful, with commanding production by Stealth Fighter band that sets the tone, and matches the black and white visuals to perfection. The rhymes are heavy, and intricate as it tackles tough issues, that are delivered by raw flows, and vocals that makes you feel every word being spoken by this collective.

Mike G featuring Gamo and Ash Riser “Overdrive” is the revolutionary music, that will continue to be the soundtrack for our times. They bring an authenticity that is real and helps connect with the listener, with a message and skills that help this art come to life when people need it the most.

Check out Mike G featuring Gamo and Ash Riser “Overdrive” and follow them on social media. Stay Global my Friends! 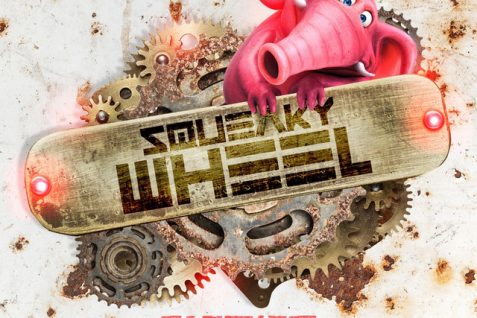 The point of doing art is to be creative and make a statement. Taking ideas from your mind and making them a real tangible thing for the world. Once you give it to the world, it is at the person’s discretion on how they feel about it. Some things are simple and some are polarizing. No one has a more polarizing sound than Tamara Bubble with her new song “Squeaky Wheel” .

Tamara Bubble let’s her unique superstar sound shine on her new song “Squeaky Wheel”.She does what is a rarity in today’s game and that’s take chances to really dives deep into her creativity. Tamara is daring in her approach and creates a unique sound that works incredibly for her, with infectious energy that grabs you immediately and keeps you rocking for every second.

Tamara Bubble’s “Squeaky Wheel” is great music that is truly a work of art. The sound is incredible, the flow is intense, and the lyrics are exciting to create an experience you can only get from this amazing creative, who embodies what it means to truly be an artist. 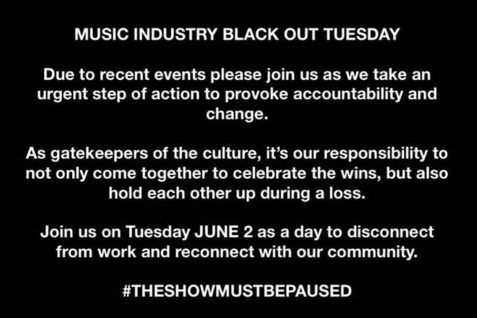 This is LA Rich, head of Global Money World. These are more trying times than ever, and it’s important that we stand with each other. In support of not only the special creatives, but amazing supporters that share their work with us, we stand in solidarity to honor National Black Out Tuesday.

Please take this day, as well as everyday to spread love, peace, and stand together to help bring real change that we’re all capable of, and that the world needs right now.

Love to you all and of course, Stay Global my Friends! 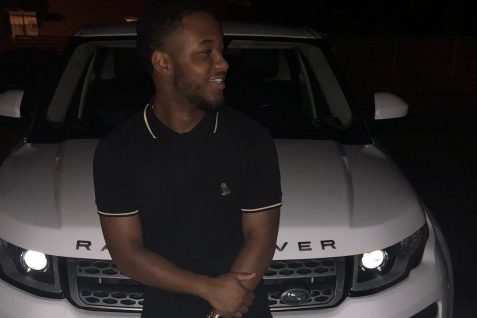 Hip Hop has any different styles that grab you, but it’s something about an emcee just throwing on a dope beat, and laying into the music, giving you incredible wordplay, and a captivating flow. Mirdondada makes this statement stand true on his new song “Pull Off In Ghost”. A lyrical masterpiece that embodies the art of Hip Hop. He was gracious enough to take the time to answer some questions for us. Below is the interview.

Who is Mirdondada the artist?

Real name Amir Eison(born February 19, 1998) is an American rapper and songwriter from Plymouth Meeting, Pennsylvania. I began taking rap seriously during my junior year of college where I would make beats, write songs and record vocals in my dorm room.

Gathering information around the Pittsburgh area where I went to school, I came across ID Labs where I would record my first few songs and find the nature of my sound that still continues to grow. Influenced by rappers like Mac Miller, Isaiah Rashad, Kendrick Lamar, Earl Sweatshirt, and MF DOOM. I built a unique style that can sometimes tend to be dark but sheds light at the end of the tunnel. I make music to produce positive change in this world while expressing my point of views of the downsides that come with it.

What inspired the lyrical approach to your “Pull Off In Ghost”?

I made the song “Pull Off In Ghost” after sitting at home one day and thinking about our purposes in life. We all serve unique purposes in this world and I wanted to write about no matter where you come up in life, you will always have problems to deal with. Taking a dark approach, made sure a few of my lines gave listeners positve outlook that they can take away from the song. Such as the meaning behind “Pull Off In Ghost”, stands for the rich drive Ghost(Cars) while the poor do not, but when we all die we all go away as Ghost.

“Hope I understand one day the glory behind this gunplay, see an N*##@ shine we like ray bans on them sun rays”This bar means that people use guns for many reasons and while it may be important ones, I dont understand why they take such a dangerous approach towards their problems. When someone is shining we seem to hate or want what they have so few would take the action of shedding that “light” from them(raybans).

What do you think is the bar that people may sleep on listening to “Pull Off In Ghost” and why?

“Took a step in the street and cant hop in no yellow bucket, I’m easing on down the road, will it change me of fall adjustment”.. I think people would sleep on line this because this is a bar that was influenced by the Dona Ross version of “The Wiz”. What I mean by this is, when she first stopped to the yellow brick road, the taxi would not pick her up because that would have made her journey easier. Crossing the road on foot, she expericed a change that was already within her

This is only the beginning, and I plan on getting much from this point in my career. To rate “Pull Off In Ghost”, I would give it an 8.

What can people expect next from Mirdondada?

What people can expect next is more musical creativity that is saturated with quality bars, various flows, and deeper outlooks about life from various prospectives.

Check out Mirdondada “Pull Off In Ghost” below and follow him on Instagram. Stay Global my Friends!

JONES – Giving It Up

Tracklist: Ferdinand Weber, Kelli-Leigh, Fabich – What They Call Love The Magician – You and Me problem solved x ScoobE – Over It 3uki – Glow DANE – Get Money Fox …

The Magician – You and Me

problem solved x ScoobE – Over It

Palm Lakes – Nothing to Me

The Shadowboxers – Float on By

Pawl x Discrete – In My Heart

Tracklist: Sea Girls – Do Ypu Really Wanna Know? The Warbels – Trick of the Light Command Sisters – I Can Do What I Want WASHINGTON – Dark Parts hollowgang – …

The Warbels – Trick of the Light

Command Sisters – I Can Do What I Want

hollowgang – all the small things

ZIG MENTALITY – If You Ever

Willow Robinson – Beyond The Storm

The Nicoteenagers – First Time’s A Charm

The Tourist Company – Til We Disapper

Made of Stone – Seasons

1Twiss – The Cut Off

Dmts – Pardon Me, A Mother’s Pain

Stilljune – We In Ours

Stockz Featuring Too $hort – Choose Up

Rosewood Swing – On Me 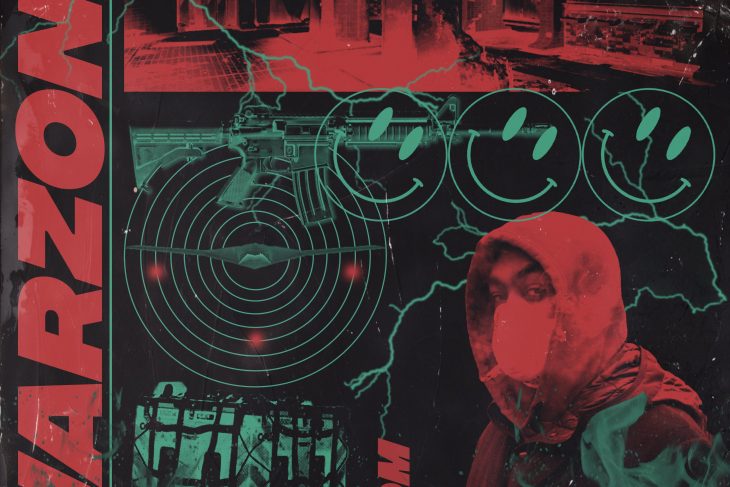 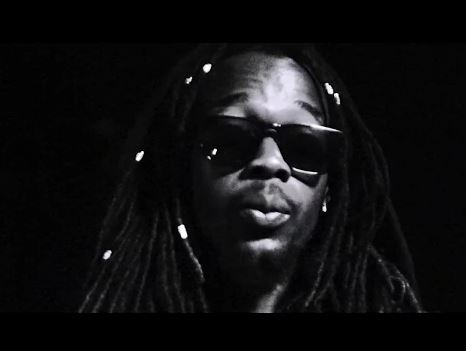 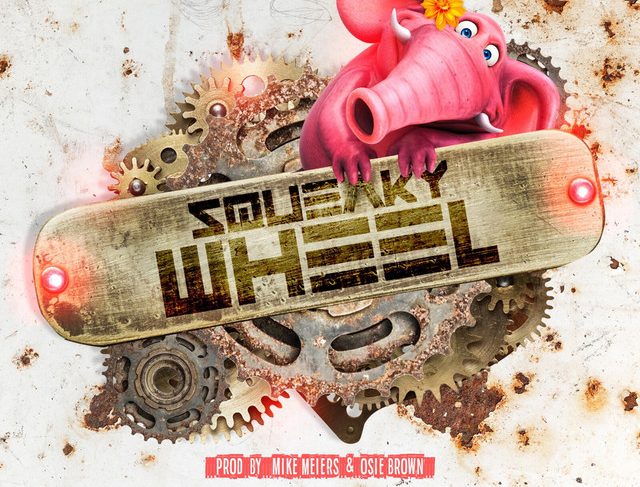 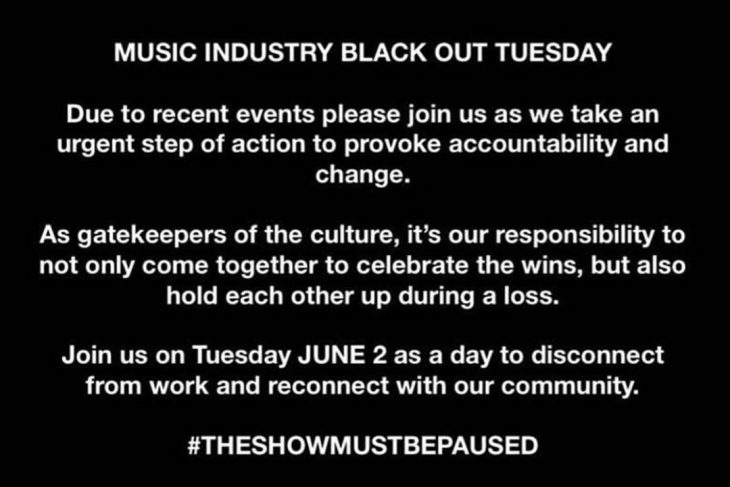 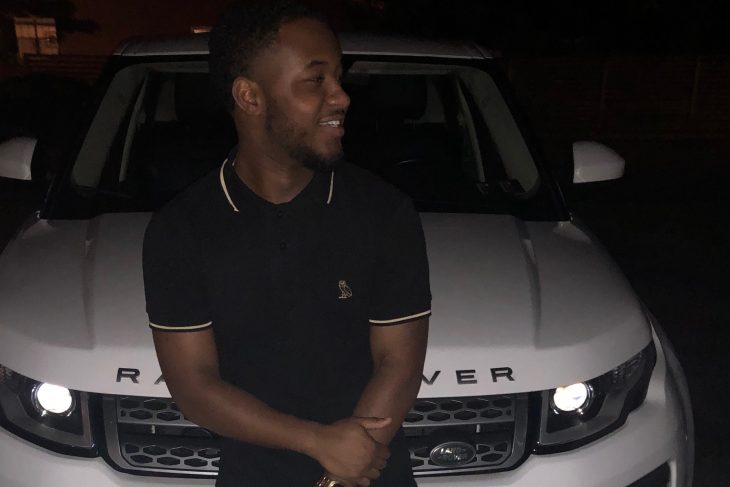