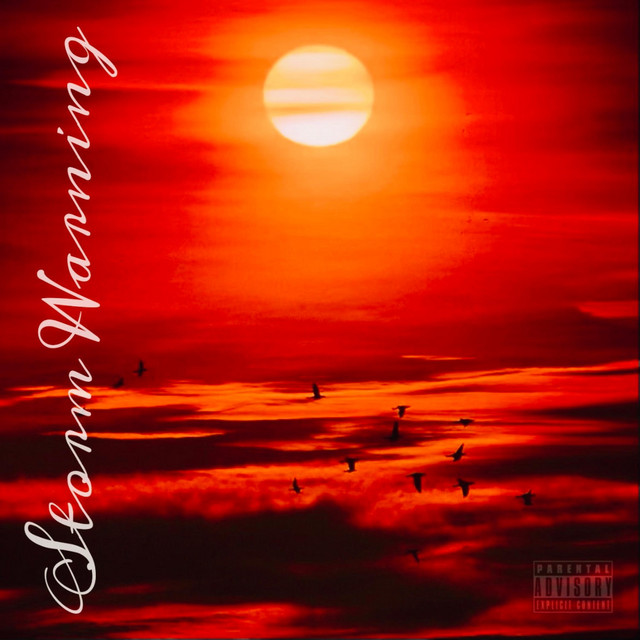 Hip Hop is a genre that is just as wide ranging as any art out there. So many different styles out there that fall under one umbrella, it’s easy for lines to get blurred on what really embodies Hip Hop music. As much as it can be debated there’s no denying that Hip Hop will always be rooted in strong lyrical substance, that shines in its ability to show the power of putting words together like no other.

That is definitely the case for Redacted’s new project “Storm Warning”. A five song 15 minute project that is filled with impressive elements to pour more life into the culture. Below is a review.

Intro: The project starts off with a voice sample setting the tone and capturing the storm warning feel, before Redacted lays into the track. You feel his presence in a real way with so much fire in his voice and lyricism to set the tone for what’s to come.

No Clue: “Better than I’ve ever been, five star veteran” To keep the project going you get a chill sound that is met with hard 808’s that knock out your speaker to make you head nod. Taking full advantage of the sound he lets his word fly and takes us on his journey of being an emcee, while letting us know he’s paid his dues to be this nice on the mic, as the talent speaks for itself.

Panic!: Our first taste of this project was this lead single. A record that gives the ultimate blend of sharp lyricism in the verses and a catchy chorus to make you feel the flavor in his approach to make this a true standout. Taking place over a super dope production with a nice world touch to it to make it a record that continues to travel everywhere.

Wash Away: “Death comes in three only means, life comes in four”. As high as the bar is set for him lyrically this record proves he has no ceiling to his pen. Every line is hard enough to make you amazed at his craftsmanship, with every bar being delivered with no mercy over driving drums and piano chords to make one major listen.

Shaq 94′: “Now I list my pen on fire, Jimi Hendrix applause”. To send the project off he brings fireworks. Bringing an exciting sound in the production that sounds like the action packed ending we all deserve. He lays it all on the line with some of his finest rhyming on the project, with the hunger and desire to be great shining through on the flow, to give every line the right amount of life to make fans of us all.

Redacted’s “Storm Warning” is a Hip Hop masterpiece that shows the power of an emcee throwing on some beats and truly going for theirs. The music is real because you feel it as such, with him rapping with so much heart it’s impossible to not be a fan, of the art you can tell he gave his life to. If you’re looking for impressive emceeing this one project that will give you all you could want and more.