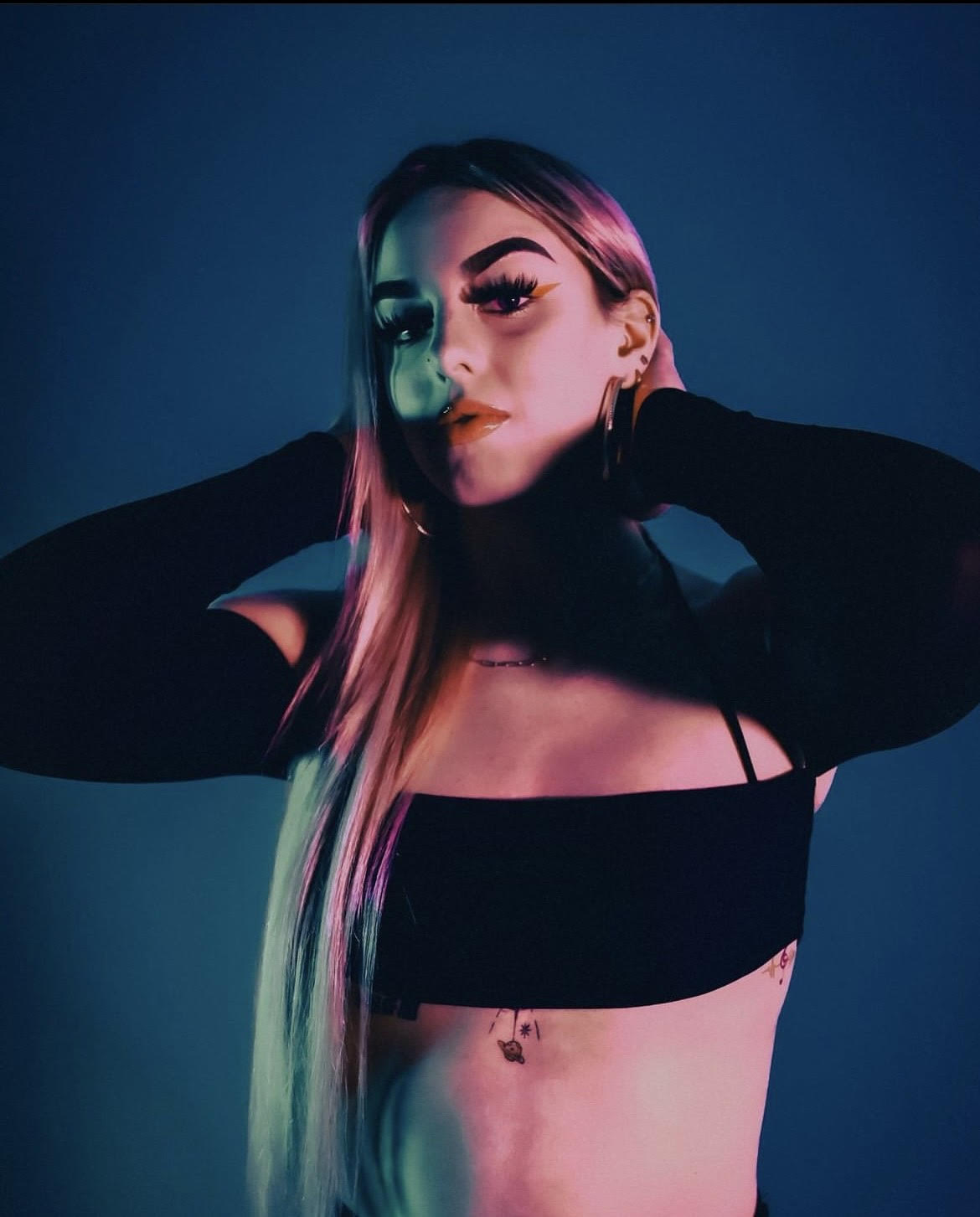 Now more than ever music fans everywhere need from the artist we listen to. So much talent from everywhere competing for the listeners ear from not only major artists, but indie artist as well looking to make their mark. It’s important for an artist to be fearless in their approach and make music that reveals themselves to the world, to make records that we can not only hear the talent in but feel as something real. Ashley Taylor is one of those artists who are bold in their approach, with her being masterful at making heartfelt records to bring us closer to the person behind the music.

On the cusp of her new upcoming project “DND” she was gracious enough to take time to answer some questions for us, to let us know what we can expect from this emerging talent. Below is the interview.

Who is Ashley Taylor the artist?

I am an R&B/Pop artist originally from Cincinnati, OH. I started my creative journey at The Cincinnati School for Creative Performing Arts when I was 10 years old. I grew up singing and performing in school plays at my suburban catholic elementary school but knew at a young age that I had a greater calling. I applied and auditioned for my city’s arts school at 9 years old and was accepted as a vocal and drama major.

At the school I participated in theatrical performances, vocal ensembles, and was accepted into the schools top female a capella group called “Baby Grands” where we performed around the city. I had an intuitive feeling that I had more to discover about myself creatively and started songwriting and releasing my original music at 15 years old.

Through this experience, I learned that my passion for singing/songwriting was so strong that there was nothing else I wanted to pursue. I began to pour everything into learning how to brand myself, evolve artistically, and get my music out into the world. I graduated from my performing arts high school a year early to attend the music industry program at The University of Southern California. Since then, I’ve continued to pursue being an artist at school and out in LA. I got a band together and perform with them frequently around LA. I’ve put out many projects and am working towards releasing an EP called “DND” in January of 2023.

Who are some of your influences and how do you incorporate that into your music?

Summer Walker, Jhene Aiko, SZA, Ari Lennox, and Jazmine Sullivan are some of my top influences (in that order). These artists taught me how to be vulnerable and articulate their emotions authentically in their music. This has helped me stay true to myself in my music and drown out the noise of people who want me to sound, look, or act a certain way. I believe telling your story and conveying who you are honestly through your music is one of the greatest abilities an artist can have.

What was your creative process for your upcoming project “DND”?

I spent a lot of time in solitude. After moving to LA, I was thrown into a chaotic social environment. In this generation, we put a lot of pressure on ourselves to socialize, make friends, go out, be in relationships, ect. I never felt like I fit into my generation. It can oftentimes be very lustful, dishonest, and not genuine. I am a very deep, big-hearted person with a lot to offer my relationships. I crave fulfilling experiences and genuine, real people who value me and vice versa.

When writing “DND” I wanted to emphasize the discoveries I’ve made through being alone. How I’ve pulled beauty from negative experiences while navigating relationships in a generation I don’t align with. How I’ve gotten to know myself, others, and the world on a deeper level than normal. Ultimately, I wanted to convey who I am to my core. Share my deepest and truest thoughts and emotions, both good and bad to leave an impact and relate to my listeners on a personal level. Through this period of my life, I’ve been able to leave older versions of myself, negative behaviors from my past, and people who no longer serve me to reach my highest self. “DND” surrounds the idea of embracing solitude and becoming the best version of yourself along with the challenges and rewards that come with it.

At what point in the project did you feel comfortable with the project to say it’s complete and ready for the world to hear?

I felt comfortable saying “DND” was complete when I started seeing my vision for the project coming together. I creatively directed all my visuals and videos for the project. When I started receiving them back, I saw my vision and music interplay beautifully. I felt that both the visual and musical elements of my project expressed my message beautifully and accurately.

Once “DND” is out, what does success look like to you?

Success looks like continuing to nurture my art and creativity. I will continue improving my abilities to conceptualize and storytell to connect with a larger audience. I will fuel my creativity by creating fulfilling experiences for myself whether that’s collaborating with other artists, exploring my environment and new relationships, and meeting like-minded individuals.

I will improve my video content with my team and piece together the visual elements with my musical elements to best convey who I am to my fanbase. I will continue performing around LA and expressing my art in different ways. Ultimately, this will all help me gain visibility and exposure in the music industry and in the media while also creating opportunities that will progress my career.

What song from “DND” are you most excited for people to hear and why?

I am most excited for people to hear “Growing Pains” because of how honest the song is. Every song on the project is incredibly vulnerable but this one in particular discusses the emotions I endured while leaving an older version of myself behind and the people, behaviors, and values I once had to reach my highest self. I feel that this is something so challenging to do and many will relate to it.

What song from “DND” are you most excited for people to hear and why?

I am most excited for people to hear “Growing Pains” because of how honest the song is. Every song on the project is incredibly vulnerable but this one in particular discusses the emotions I endured while leaving an older version of myself behind and the people, behaviors, and values I once had to reach my highest self. I feel that this is something so challenging to do and many will relate to it.

What is one piece of advice you would give to an upcoming artist?

Stay true to yourself no matter what anyone thinks about it. This life is yours. You will never truly find success if you rely on other people’s opinions, validation, support, or love to determine your happiness. Everything you seek is within yourself. Understanding this and believing in yourself will assist you in accomplishing anything you put your mind to. Having the ability to drown out the voices of others and focus on creating yours is a superpower in this industry. People will see you for who you are and want to nurture it, support you, and help you grow.

Vulnerability is one of the greatest gifts you could ever have. Become a master at sharing your story and expressing who you really are at your core with your listeners and anyone you cross paths with. This creates a more intimate and personal relationship between you and your audience and in turn, draws people to you. Your ability to connect with others is so much stronger when you’re able to put your mind, heart, and soul into your art.

Failure is an opportunity for growth. Keep trying.

What’s next for Ashley Taylor?

Moving forward, I will release full music videos for some of the songs on the “EP” I am really excited to give my audience the visual component of the songs because I creatively directed them and it is incredibly unique to me. After that, I plan on putting out a couple singles and performing more around LA with my band but no dates are secure yet!

Check out a snippet of her upcoming song “STAND UP” below and follow her on Instagram. Stay Global my Friends!