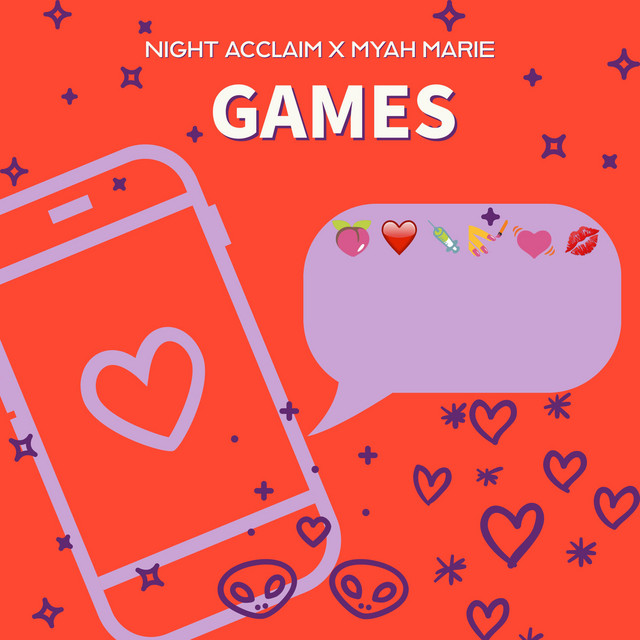 Music always sticks with you when it’s something you can relate. Life bringing us all our own experiences we all go through, that it’s always refreshing to hear a song that knows how it is in the real world. Add that with a big time sound and you truly have something special that doesn’t come around too often. That’s what producer Night Acclaim brings to life on his new song “Games” featuring Myah Maria.

Night Acclaim and Myah Maria come together in every way to show the art of a major sound and well crafted relatable lyrics on the new song “Games”. You are able to appreciate the appeal in the music right away, with a mainstream sound in the production that builds at every turn just right to help bring it to life. With the tone set you really get to feel Myah’s vocals that shine in it’s tone to deliver the writing, that is ultra relatable to give us something that we will love listening to, but also something we can feel to make it realer than ever.

Night Acclaim featuring Myah Maria “Games” is an amazing body of work that you know the whole world will be hearing. It’s an incredible display of music, filled with the more people are looking for with a digestible sound, that anyone can hit play on and hear the beauty in. From the stellar writing, big time production, and major vocals it all comes together as one to make a stand out tune.

Check out Night Acclaim featuring Myah Maria “Games” below and follow them on Instagram. Stay Global my Friends!