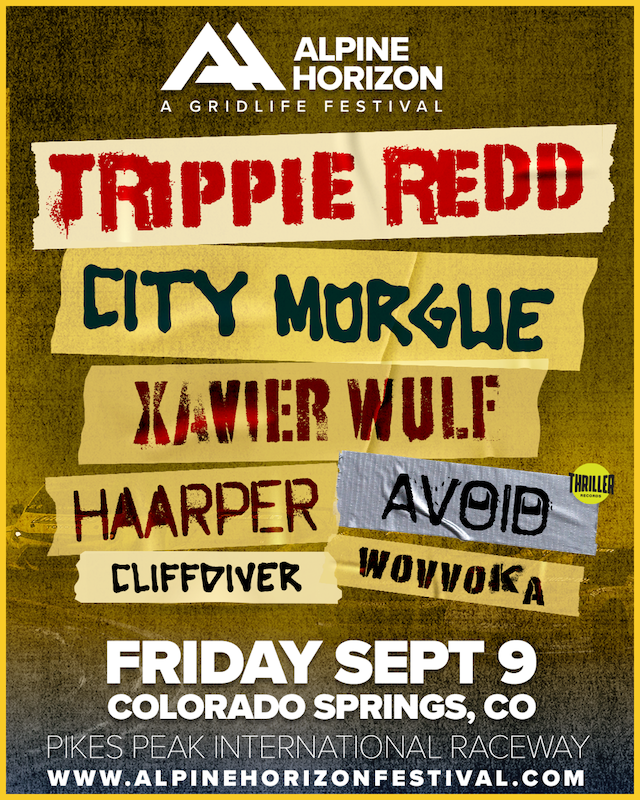 For the past four years, GRIDLIFE Alpine Horizonhas hosted an inclusive celebration of all aspects of motorsports and music at the gorgeous gates of the Colorado Rockies.

This year’s festival is their most ambitious yet, with almost 100 drift cars approved for full course drifting. The festival also includes special off-road events, such as the Rally Sprints on the stie’s two mile dirt track as well as the off-road skills course. Fans can also expect the return of the NightShift sessions, where drift cars are released in between musical acts onto a colorfully lit racetrack, using their tire smoke to create a spectacular, vibrant laser show.

Fueled by the mission of motorsports inclusion and igniting car curiosity, GRIDLIFE operates a series of annual motorsport events and festivals across North America, with GRIDLIFE Alpine Horizon and GRIDLIFE Midwest Festival standing out as the two weekends that include musical programming. At both GRIDLIFE Midwest Festival, which took place in June at Gingerman Raceway in South Haven, Michigan, and GRIDLIFE Alpine Horizon, music fans, car fanatics and “car curious” individuals alike explore GRIDLIFE’s accessible celebration of car culture.

The best way to get the full GRIDLIFE Alpine Horizon experience is to camp on-site. The festival offers multiple camping options, including open air camping in the Midway, covered camping in the Grandstand, or premium camping Off Grid. Campground games and activities meld strangers into a tight-knit community by the end of the festival. Check out all camping options here.

Whether patrons grew up on the track or are complete car novices, GRIDLIFE Alpine Horizon is the preeminent destination for hip-hop and rock fans who live life in the fast lane.

Full-weekend tier one General Admission tickets, and tiers one and two VIP tickets have already sold out, so grab your GRIDLIFE Alpine Horizon tickets today! Check out all ticketing options here.