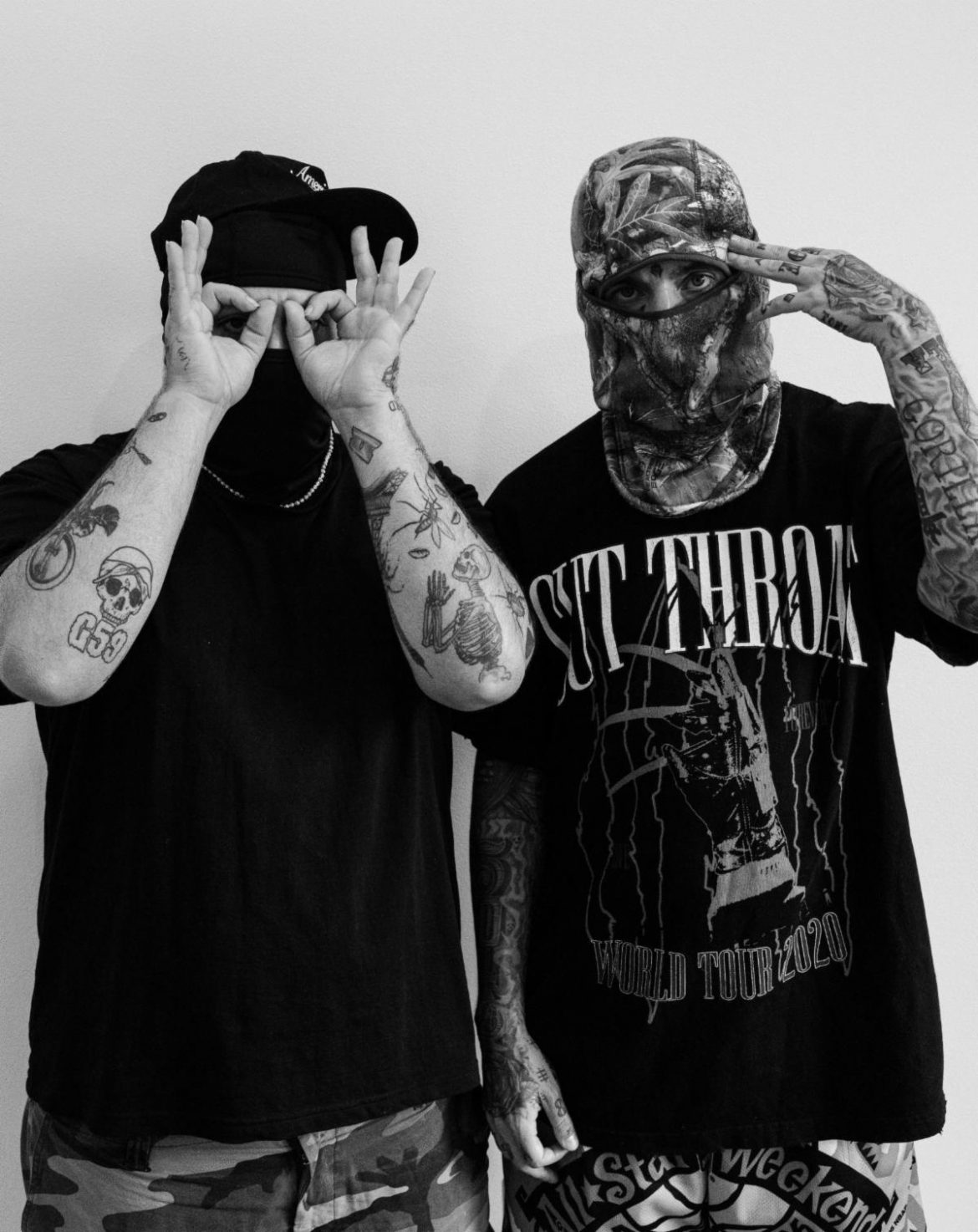 Today, New Orleans duo $uicideboy$ release their highly-anticipated third studio album Sing Me A Lullaby, My Sweet Temptation via G*59 Records. Additionally, they will debut an official music video to album track “Matte Black” at 3PM EST. Tapping into the classic $uicideboy$ sound, “Matte Black” hinges on a skittering 808-powered beat with Ruby da Cherry and $crim trading deft and dynamic verses in a seamlessly lyrical crossfire. The self-directed music video will be their first official video since 2018’s “FOR THE LAST TIME” that currently has over 81 Million views on YouTube. Their lyric videos have amassed an astonishing 1 Billion views. Watch the “Black Matte” video at 3PM EST on their YouTube channel HERE.

“In the past, a lot of the music was about heroin, oxy, hating your life, and wanting to kill yourself,” observes Ruby. “You think achieving your dreams will solve every problem in your life, but it doesn’t. The problems that were there don’t go away. We’ve learned a lot. This album is more positive than anything we’ve ever done before.”

“The message is, ‘As hard as life gets, which you know it does, don’t ever give up,’” adds $crim. “We hope we can serve as examples because we don’t come from shit. On tour, I would grab the mic and say, ‘Hey dude, I’m a drug addict. I was suicidal. I was a couple of months away from death, and it’s the same with Ruby. We’re here to tell you life does not have to be like that. There is another way to live.’ Nobody ever said that to me, but I’m going to say it. We can show people there’s a light at the end of the tunnel.”

Sing Me A Lullaby, My Sweet Temptation previously released singles include the boom-bap and piano-punctured “THE_EVIL_THAT_MEN_DO” and the lusty melodic ponderance “Escape From BABYLON.” They’ve collectively gained over 25 Million plays across streaming platforms. This is their third official full-length project following 2021’s Long Term Effects of SUFFERING and 2018’s I Want To Die In New Orleans that both debuted Top 10 entries on the Billboard Top 200.

Throughout 2020 and 2021, trips to rehab and soul-searching granted a new level of clarity. Beyond addressing personal pain, they needed to address a rift between them. This unity fueled Sing Me A Lullaby, My Sweet Temptation. Immersing audiences into a rich sonic world and unwrapping easter eggs for longtime fans, they pick up where they left off on 2020’s “Fuck Your Culture” with the ominously venomous “Fucking Your Culture.” Elsewhere, “Unlucky Me” spiritually succeeds 2016’s “Lucky Me” from a totally different angle. While “Eulogy” revolves around a sample of The Notorious B.I.G.’s “Suicidal Thoughts,” particularly, “When I die, fuck it, I wanna go to hell.” It might just be the most incisive, inimitable, and infectious exorcism by the group to date.

Moreover, on August 2nd they will kick-off their annual Grey Day Tour, a 40-city nationwide arena and amphitheater run starting in Chicago, IL at Huntington Bank Pavilion with stops in Los Angeles at The Kia Forum, Seattle at The Climate Pledge Arena and wrapping in Denver at Red Rocks Amphitheater. Opening acts on the headlining tour include Ski Mask the Slump God, $not, JPEGMAFIA, Code Orange, Knocked Loose and Maxo Kream. This will mark their biggest tour yet after doing 35 consecutive sold-out shows on Grey Day 2021 with over 250,000 fans in attendance. A full list of 2022 tour dates are below and tickets can be purchased HERE.