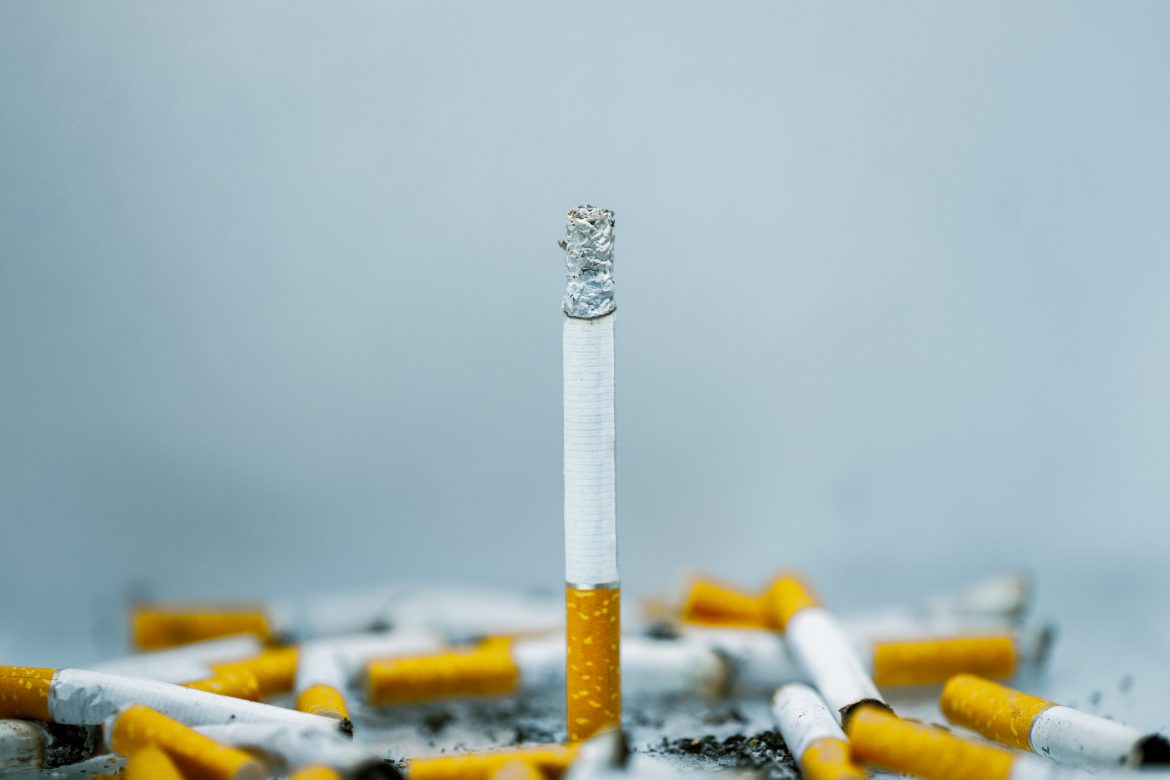 For as long as we’ve known about the detrimental effects smoking has on health, people have made efforts to kick the habit. But of course, doing so is notoriously difficult. In fact, one BMJ Open study about quitting smoking points out that among those who ultimately succeed (for one year or longer), it takes an average of 30 attempts.

This number indicates that common methods used by aspiring quitters –– nicotine patches and gum, alternative tobacco products, and the cold-turkey approach –– are by no means sure things. Even when they do work, it appears to be as much a result of perseverance as the actual effectiveness of a given method. A newer product in this arena however –– the nicotine pouch –– might have some potential to improve the outlooks for those trying to quit smoking. This is not proven yet, to be clear, and pouches are not a silver-bullet solution. But these products do have intriguing potential as effective weapons in the fight.

A nicotine pouch is a small (roughly inch-and-a-half-long), tobacco-free sack containing only nicotine, plant-derived ingredients, and in some cases light flavoring. For use, it is placed in the mouth, between the upper lip and the gums, and left to gradually release minor doses of nicotine into the mouth. A single pouch typically includes anywhere from 2-8 mg of nicotine –– less (even at the high end) than the roughly 10 mg in an average cigarette, but enough to satisfy a craving.

While relatively new on the scene, these intriguing cigarette alternatives have been gaining popularity in recent years. According to a Prilla report on the nicotine pouch industry, the number of users in the American market alone now tops 1 million, “with many of them coming to the product as former chewing tobacco or cigarette users.” This implies that consumers are coming around to pouches both as suitable methods for quitting and as superior options to some existing cigarette alternatives (namely chewing tobacco).

Another point of interest is how quickly the nicotine pouch industry has grown. In the period from January through June of 2021, the sales of nicotine pouches accounted for more than 91% of the “modern oral nicotine category.” This is an amazing statistic given that the products that make up this category include nicotine gum, spray, and lozenges –– all of which have been established for years as fully tobacco-free smoking alternatives. Yet we’re beginning to see pouches not only compete with these similar products, but dominate the category.

So, what is it about nicotine pouches that makes them so desirable compared to alternatives?

There are key drivers that have fueled the growth, and the main ones are as follows:

• They’re entirely smoke- and vapor-free, unlike products such as vapes or tobacco-free hemp cigarettes

• They don’t require that anything visible be worn on the skin, whereas patches can attract attention and feel unpleasant.

• They are discreet to use in public, thus avoiding any negative stigma associated with tobacco and/or nicotine use.

• They can be easily disposed of in any trash can, or placed back in a tin for later disposal.

• There is no need to spit, no stain on teeth, and no bad breath effect.

• Users can choose their products based on strength and flavor (or lack thereof).

In addition to being preferable due to these factors, meanwhile, nicotine pouches are also free of some of the health issues caused by other smoking alternatives. For example, the popular smoking alternative snus, is considered to be a “lower risk” product by comparison to smoking. But snus, while similar to pouches in how it’s used, contains tobacco –– and thus has additional health risks. Specifically, an article at Verywell Health conveys that snus has associations with cardiovascular issues, diabetes, cancer, and even stillbirths. Aside from snus, vapes are also popular smoking alternatives that involve significantly more risk than nicotine pouches. While they can help cigarette smokers to reduce tobacco use, vapes have their own harmful chemicals –– and involve inhalation, which damages the lungs whether or not tobacco is involved.

All told, people try a lot of things to quit smoking today. Beyond the traditional old products and the vaping option, some will turn to hemp cigarettes and CBD to attempt to replace their smoking habit with another. Others will opt for some of the cannabis options we’ve discussed here at Global World –– again not as direct solutions, but as replacement habits. And of course, some will try to simply cut off the habit all at once, without an alternative in place.

Unfortunately, no one solution will help everyone quit. But nicotine pouches are intriguing new options that can provide nicotine replacement with a host of benefits that set them apart from similar products. They show significant promise for helping smokers to reduce cigarette dependency and potentially kick the habit.