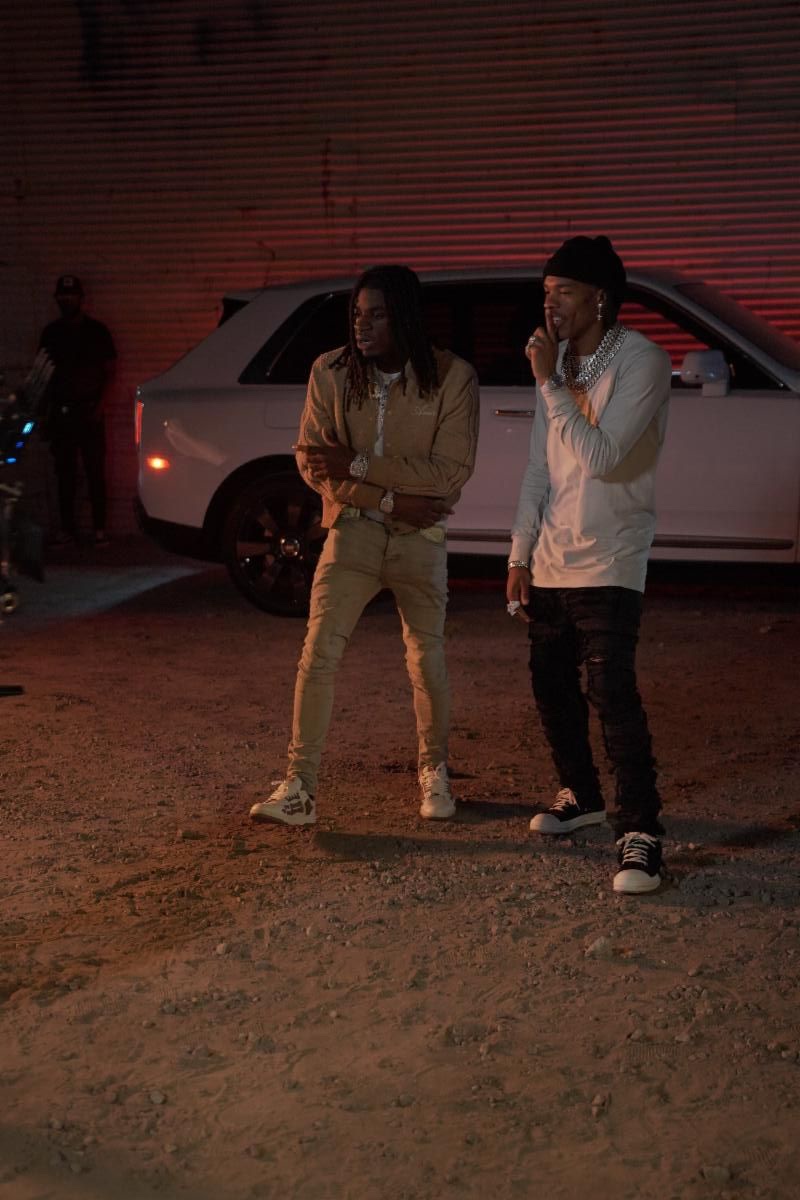 (May 26, 2022) SleazyWorld Go and Lil Baby slide over a piano laden beat with ease on the official “Sleazy Flow” remix. On the remix, the Kansas City by-way-of Grand Rapids rapper and Atlanta mainstay trade bars about the respect they’ve earned, the safety they provide the women in their life, and as Lil Baby puts it, “come through fresh as a peppermint.” In the video, SleazyWorld Go and his crew ride around in a white Bentley before linking up with Lil Baby who arrives in a matching ivory Rolls Royce.

“Sleazy Flow” caught fire earlier this year, earning praise from Jack Harlow, Lil Durk, 42 Dugg, Lil Baby, and Lil Nas X, each showing love to the song on social media. At nearly 50 million streams globally, the success of “Sleazy Flow,” translates to real life too — footage from a recent show in Benton Harbor, MI, gives a glimpse of his fervent and loyal fanbase. SleazyWorld Go isn’t letting off the breaks anytime soon as he prepares to release his mixtape COMER (pronounced “Come Here”), an introduction to his sonic world.

In his own words, “I want to bring something new to the game.” From flows, beat selection, and fashion choices to cultivating his own unique lingo, SleazyWorld Go is an artist that demands originality. With burgeoning support from all sides, he is poised for superstardom, declaring, “I want to keep breaking those barriers and doing what hasn’t been done.”

“I want the world to notice my sound and hear this new wave,” asserts 24-year-old rapper SleazyWorld Go. With a handful of songs streaming in the millions, the “Sleazy Flow” creator intends to bring deserved attention to the two cities he represents. Mixtape COMER presents an artist who demands to be original— from flows, beat selection, and fashion choices to cultivating his unique lingo.

SleazyWorld Go’s rise to stardom began in 2019, following a personal transformation behind bars. The artist whose mom moved his family from Grand Rapids, Michigan, to Kansas City, Missouri, searching for a better life, wanted to move in a positive direction. Music was his method. He began parsing a dynamic range of songs on social media and cultivating a fanbase. In 2021, SleazyWorld Go unveiled his biggest hit so far, “Sleazy Flow.” “It was a statement: this is my sound, this is who I am, and this is my whole wave,” he details. Fast approaching 10 million streams, the song and video captivated—gaining social support from Lil Baby, Jack Harlow, and more. That success gives way to COMER, a breakthrough mixtape translating to “come here,” the catchphrase from his songs applies to opps, romance, and an expanding fanbase. Amid a definitive 2022, SleazyWorld Go declares, “I want to keep breaking barriers and doing what hasn’t been done.”