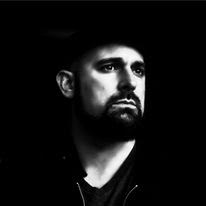 With issues in the world, music has long been the voice for change. Having a defiant spirit that people look to as a guide, and soundtrack to the revolution that needs to take place. It is these classic records that have helped shaped the world we live in, just as much as any thing else, with the power of the words instilling so much power in the people that they have to do something about it. Pedro World Citizen’s “Shine” is one of those powerful records.

Pedro World Citizen’s matches a Reggae sound with a timeless gospel classic on the new song “Shine”. The song taps into the feel and cadence of “This Little Light of Mine”, giving the music an them feel that gets you invested early in the artistry that takes place. With the tone set Pedro’s vocals are filled with power and soul necessary to bring the lyrics to life giving testament to how far we’ve come, yet acknowledging how far we have to go, to speak life, peace, and equality into the listener to show how powerful music can still be when done with care.

Pedro World Citizen’s “Shine” is a brilliant record that understands the power of having the listener’s ear and pours into them like no other. The soul put into the music shines through in a major way to make it enjoyable listen, with the music being done at a stellar level while also delivering the good word to do the gospel feel of the music the ultimate justice.