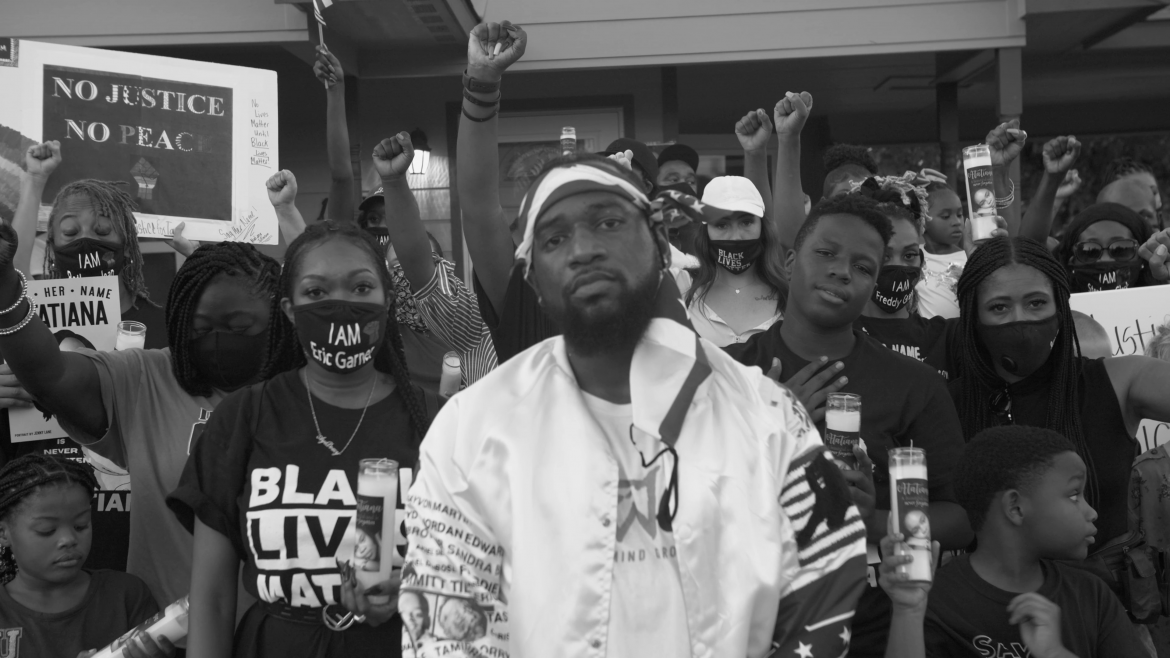 Hip hop is known for many things. On the surface its known for being a genre full of flash and bravado matched with hard sounds that can be boisterous in its approach, but to the people of the culture it has remained timeless due to its substance. That truth and soul put into the music that makes you really feel the music as the pictures are painted vividly enough for it to make you think, as you’re poured into with a message. That type of music is what you get from Kahn EMG on the new song “Black in Amerikkka”.

Kahn EMG uses his power for the greater good on his powerful release “Black in Amerikkka”. The music is filled with so much soul, with the production setting the tone with a blues touch to it that Kahn shines all over as he maneuvers through this record like a calm storm. For every line he brings so much realism in his words that makes it so on time for us to relate to, and delivers it all with the ultimate conviction to make sure we feel it all.

Kahn EMG’s “Black in Amerikkka” is an incredible record that uses it time with the listener to give them more than what they’re used to and everything they need. Bringing a daring approach to the music that makes us slow down to catch the message and intricacies of it all, that get better with every listen on this timeless body of work.

Check out Kahn EMG “Black in Amerikkka” below and follow him on Instagram. Stay Global my Friends!