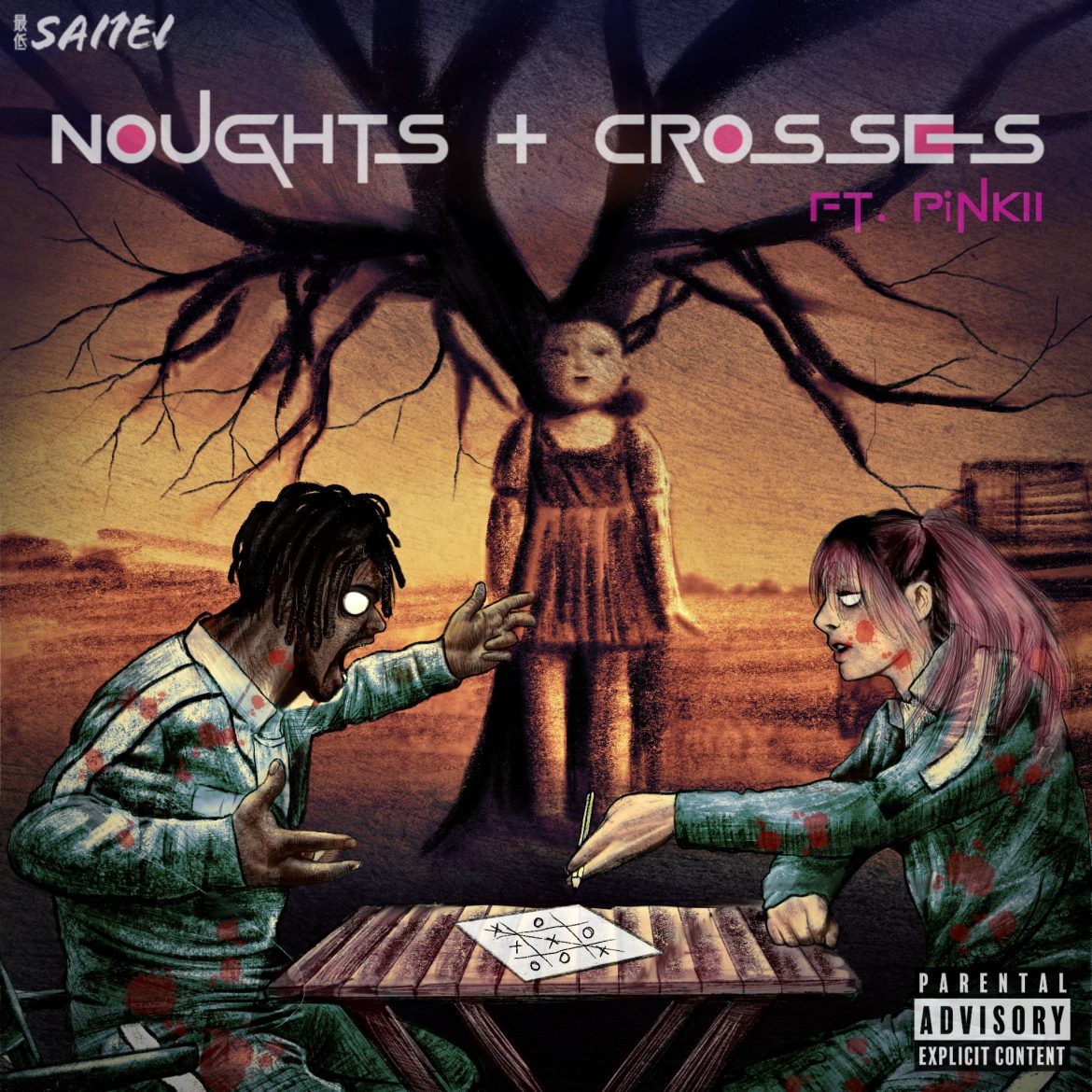 If there’s any genre of music that has a global reach it’s Hip Hop. A genre started in the streets of South Bronx, New York, to becoming this worldwide phenomenon like no other. You went from only hearing Hip Hop from one area, to now you can hear major flavor coming from any part of the world, with this fresh collaboration between Saitei and PiNKII called “NOUGHT + CROSSES” being a shining example of that.

Saitei and PiNKII come together to bring UK drill, American Trap and Japanese bars on the new song “NOUGHTS + CROSSES”. The music is engaging from the start with a high energy sound in the production that they flex over for every second. The flows are strong enough to shine in the music, with impressive lyrics that pack a punch in every line to bring a thrilling display of music that you won’t be able to get enough of.

Saitei and PiNKII “NOUGHTS + CROSSES” is that supreme Hip Hop that does everything right to give the people something they can rock to. The emceeing is on full bloom for us all to take in to be fans of, and by the time it’s over you will surely be that. It connects in the production, lyrics, and more to make sure it doesn’t slack for a single second on it’s pursuit of bringing the dopest music possible.

Check out Saitei and PiNKII “NOUGHTS + CROSSES” below and follow them on Instagram. Stay Global my Friends!