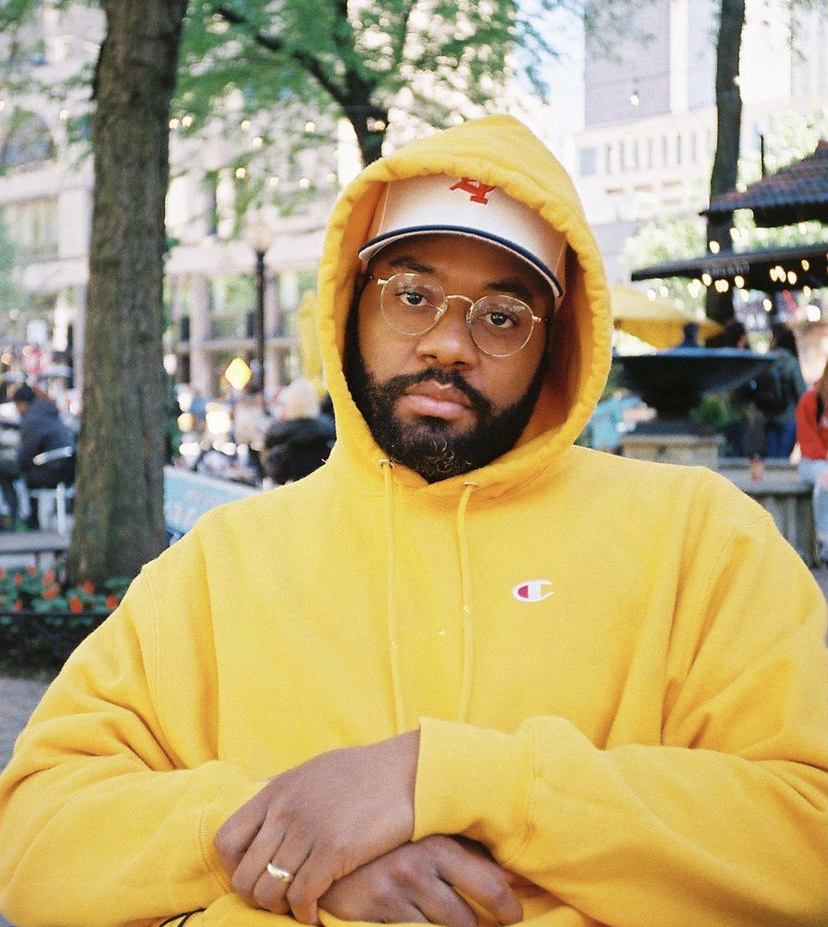 Supreme emcees are more than just artist who are great with the pen, but lyricist who can bring visions to life just as well as any cinematic work. Those songs that you hear the detail in the lyricism, that are so on point it takes you to their world, that has you invested in every twist and turn they take us on with their pen. Those type of emcees are always legendary, and LXNNY brings that level of work on his new song “Lamborghini Racers”. A superb record filled with gold standard rhyming, matched with a sound filled with luxury to make something for you to enjoy and dream to. He was gracious enough to take time to break down the genius behind his latest work. Below he breaks down the master pen behind “Lamborghini Racers”.

Who is LXNNY the artist?

I am a kid from Raleigh, NC who fell in love with music at an early age from listening to the Tom Joyner morning show with my mom and joining the band in 3rd grade. I am influenced by artists such as Pharrell, Kanye West, Kendrick Lamar, Pusha T, Freddie Gibbs, GRISELDA Records and more. My love for music does not just lie within HipHop as it branches into R&B and Jazz. Everytime I make music I try to make sure it connects through feeling and allows you to escape mentally.

When I listen to music, I drift off into a different space and let the lyrics and production take me somewhere. As I listen to the lyrics it creates mental pictures based on the content and what I feel the vibe of the song is with the soundscape it is paired with. I put this at the forefront when I create to try and give my listeners that same experience.

What inspired the lyrical approach to your “Lamborghini Racers”?

During the creation of my album “Lamborghini Boats,” I was listening to lots of Anita Baker, Sade, & Mach Hommy. The common thread between all of them is the ability to tell great stories and paint a picture for the listener. When I approached this song and started writing the beginning hook/pre-verse, I realized the realm it was taking me into. The perspective of a person who feels stressed, lost, and jaded who wants to escape from the realities they deal with. Through that thought process, I wanted to tell a story of an individual from a different perspective and background than me. I am heavily influenced by art that depicts and tells the story of the drug game/criminal enterprise. Movies such as Scarface, Goodfellas, Casino, The Godfather, American Gangster, etc. truly speak to me. I am not from that background but I feel there are a lot of parallels to what they deal with and go through in relation to business and life itself. So I wrote this song from that perspective. T

elling the story of a KingPin who is on top of the game and wants to escape from those pressures with his partner through a tropical vacation. I wanted to make sure to set up the full story. From the inception of how he feels with the Hook/Pre-Verse going into how he amassed his fortune. With this fortune and the business he is in, it attracts the eyes of the law. When you are in that game, we all know the feds lose care and regard for you as a human. They want to get you and take you down in any way shape and form they can. Even if that means getting into a gunfight while you are on vacation with loved ones enjoying life. The song ends where the character meets his demise with a clip from Scarface questioning if everything he went through was worth it in the end.

“He seen land that need some stamping, brand placements are enhancing. Seen his logo on the vials as if Pepsi went to trial”

This bar really puts into perspective the caliber of person we are talking about. The guy who envisions his product as big as Pepsi. When I wrote this bar, I was thinking about Frank Lucas in “American Gangster” with Blue Magic. Yeah Nicki Barnes was also moving weight but it wasnt with the same focus and intention as Frank Lucas. Frank wasn’t just trying to push any and everything as long as the money was good. Frank cared about the product and its reputation. Wanting to have the best product on the street and making sure nothing tarnished the Blue Magic name while eliminating anyone who gets in the way of that. That is the character I am describing.

What do you think is the bar that people may sleep on listening to “Lamborghini Racers” and why?

“They seen Lamborghini Racers on the waters, oh she naked. Versace lace the side of the marina where she stationed”

I think this bar may seem like I am just talking about a boat when you first hear it so the Versace part sounds cool. The full bar is a double entendre for both the boat that this character owns along with the woman he is vacationing with. My reference for this bar was a scene in “The Sopranos” where the FBI is following Adriana (Chris’ Girlfriend). In this scene, she is taking tennis lessons and wearing a tight top. She is a beautiful woman so she gets a lot of attention naturally. In this scene, as the FBI are looking through their binoculars he focuses on her breasts and makes a comment about her looks.

That was my perspective for that bar. When I say “oh she naked” that is the perspective of the agent doing surveillance and stumbling on a beautiful woman who is undressed. Also similar to when Jackie Chan was looking through the hotel window in Rush Hour 2. So from there when I go into the next part of the line it describes the clothing the woman had on before she took it off to enjoy her vacation.

What would you rate your pen on “Lamborghini Racers” 1-10? 10 being the highest?

Humbly, I give myself a 9 hahaha. I really feel like I conveyed the exact point I wanted to make with this song in an artistic way. I challenged myself with my descriptions while storytelling and I feel that shows as you listen intently.

What can people expect next from LXNNY?

I am continuing to put out more content to push the Album “Lamborghini Boats” as we close out the year. I currently have a music video out for the track “MIRA” and another one on deck for “CHANDELIERS.” Plan on shooting something for the track “POSITANO, ITALY” as well. I also do film photography so I put together a visual look book to coincide with the project and photos I took while in Punta Cana, Dominican Republic. I am currently putting together the rollout plans for that. People can subscribe to my website http://www.lxnny.net to stay up to date with future releases. After the post-rollout of this project I will be finishing up my next album “LORD, PROTECT US” for 2022.