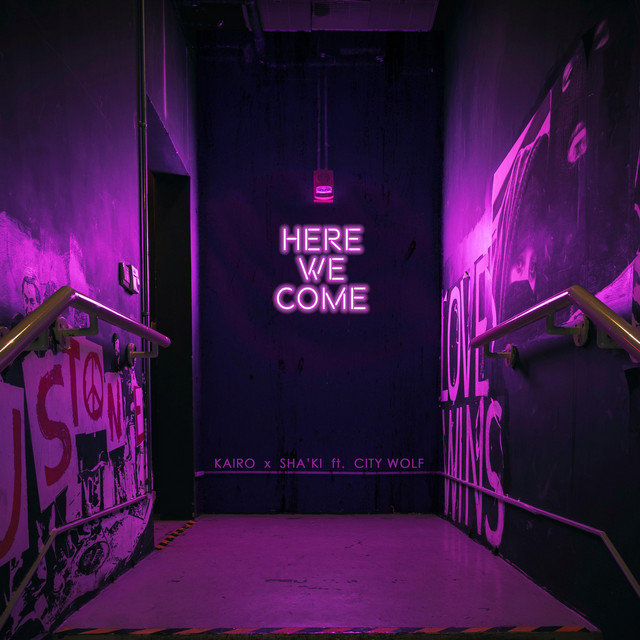 There’s something about a record that just grabs you. That music you hit play on and immediately you’re engaging in every aspect to see what will happen next. That big time feel in the music is something that grabs the masses, because as much as music is about making a nice sound, it’s about creating an experience people can feel and that’s something that shines about the new release from Kairo and Sha’Ki called “Here We Come” featuring City Wolf.

Kairo, Sha’Ki, and City Wolf to bring you the best of Hip Hop and Rock on the new smash “Here We Come”. As soon as you hit play the Rock guitar sound grabs you, and keeps you listening to see what will come to be. When the music drops they got you, as you are able to hear a major sound that feels like it should be the soundtrack for something big in the world. To match the big time sound, they bring impressive rhyming that has nice flow that purists will love, as well as sharp lyricism to make it all click just right.

Kairo and Sha’Ki Featuring City Wolf “Here We Come” is that music that defies subjectivity and brings the people together with an undeniable exciting sound, you can enjoy to the fullest. This record was used by NBATV for the NBA Finals, and when you hear it for yourself you understand why. It’s an out of this world sound that makes you put being a critic a side and just be a pure fan of the master class music you are hearing.

Check out Kairo and Sha’Ki Featuring City Wolf “Here We Come” below and follow them on Instagram. Stay Global my Friends!