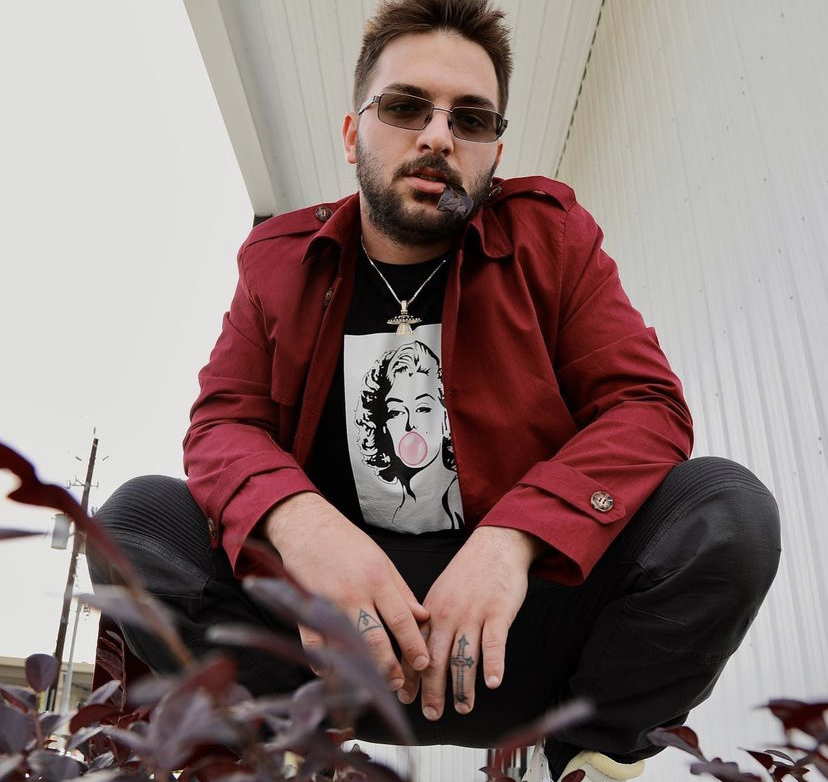 Music is something that is something that plays a huge part in all of our lives. Being the soundtrack to our lives, as the sounds fit what we are going through, or just filling the silence of our days. As much as music is apart of our lives, most music present day doesn’t last with you. Due to the high production of music, countless songs release daily but the only songs that last with you, are the songs that give you that more. The songs that have depth, with great meaning you can feel. Dylan Patin is an artist who gives you more, with his style that packs substance as well as appeal, to make something for the masses. We wanted to know more about this special talent, and he was gracious enough to take time to answer some questions for us. Below is the interview.

Who is Dylan Patin the artist?

Well, I’m a 26 year old from Houston, Texas. I grew up in the suburbs playing sports most of my childhood up until 10th grade in high school when I decided to focus full time on music. It basically led to me dropping out of highschool due to mass amounts of make up hours. I just couldn’t focus on school anymore its like music fully took over my brain and nothing else mattered. Although I did get my diploma through a home-school program. That was 10 years ago. I went from college athletic prospect to an artist with no fanbase, starting from scratch.

My family was devastated by the decision and it was really hard on them and me. I went through a lot due to this decision, a lot of hard times came with it and it altered the course of my life completely, but I’m still here today making music and doing everything in my power to grow my fanbase and be heard. That’s who I am.

Who are some of your influences and how do you incorporate that into your music?

I definitely have a ton of influences musically. I love basically all genres so its hard for me to name them all but early on when I was young i listened to Eminem, he was the one who like, I wouldnt say introduced me to rap but he was the one who really got me turnt up on it as a kid. I would listen to his song Lose Yourself non stop. But at the same time I have a sister whos 1 year older than me so when we were young i’d also be listening to artists like Avril Lavigne and Beyonce. Just to name a few, bands like My Chemical Romance, Simple Plan, and The Bravery were my jam growing up through junior high and early highschool.

Then Mac Miller came out and he is the reason I started writing raps in a serious manner. This was in 9th grade. I was hooked on all of his music and he just gave me the push I needed to have the confidence to start creating my own stuff. I had messed around with writing a little before but thats when I got serious. Shout out to Mac, RIP. Just to name a few, as of now my main musical influences are bands like Surfaces, 21 pilots, AJR, and artists like Post Malone, Russ, Caskey, Jarren Benton, Doja Cat, Billie Eilish and so many more.

What was your favorite part of creating your song “Sideways”?

Haha, I wrote that song outside of my current place of employment at the time, I had just got off and was waiting to get picked up. I fine tuned it later and recorded it but I’d say my favorite part about making it was that it’s the first time I made a song that deep and personal but kinda put an up beat twist on it. I really like that song, its one of my favorites off the demo tape.

Well, above all I want them to feel that it is quality music, with quality meanings and portrayal of emotion. My music is so diverse, there’s so many meanings you can take from my songs, so I guess it just depends on the song. But overall I aim to promote love, equality, introverted thinking and forward thinking.

What advice would you give an inspiring artist?

Aha, I wish I could’ve told myself this when I first started. Just focus on making quality music first, and don’t let social media fool you. Read, study, and learn the other side of the game too. It’s not all about the music anymore, sadly.

What’s next for Dylan Patin?

As of right now I’m currently working to release the final 4 music videos from my demo tape. I’m working on a group project with some other extremely talented artists in my circle. And I’m writing my new solo album as well. So, I have a lot on the musical agenda right now. I’m taking life day by day and just staying positive, creating nothing but quality music. You can currently find my music on ALL platforms. You can follow me on IG @713dilly and on YouTube as well. I appreciate you guys for reaching out for the interview. All love.