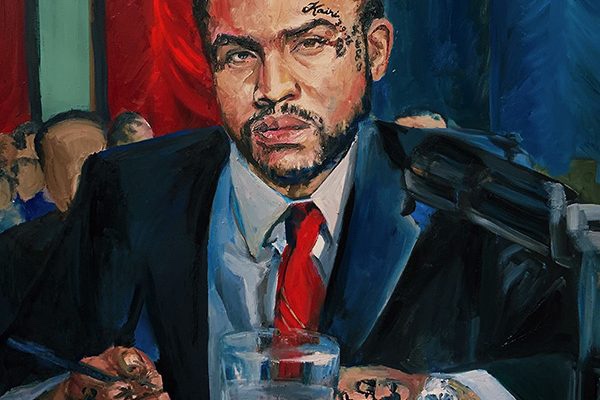 Dave East & Harry Fraud have teamed up for a new project, Hoffa, released on the anniversary of the death of Jimmy Hoffa.

The release comes after a shout-out on The Off-season by J. Cole, “My latest speeches sound like they was released by David East, verses hit hard.”

Those hard-hitting verses are back from the Def Jam/Mass Appeal artists who recently tag-teamed with Westside Gunn for a special art show that revealed the cover art for the album. Gunn curated the painting, along with his Buffalo Kids collective, and unveiled it at the Walden Galleria in Buffalo, NY.