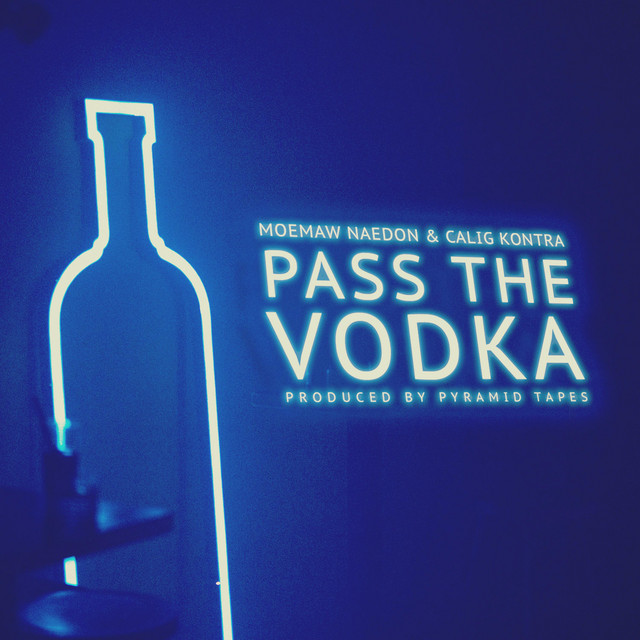 With a wide array of sounds, Hip Hop has something for everyone across the spectrum, but one thing everyone enjoys is high powered lyricism. That is very much fact with, countless freestyles going viral every time an emcee delivers upper echelon rhyming for us all to admire. That high powered rhyming is what you can expect from Moemaw Naedon and Calig Kontra every time they deliver, with their new release “Pass the Vodka” being a testament to that fact.

Moemaw Naedon and Calig Kontra shakes up the culture on their new song “Pass the Vodka”. If D Wade lobbing the ball to Lebron was a record it would be this one here. They lyrically play off of each to deliver, to serve up their impressive rhyming, that bursts out the speakers to the listeners ear with a commanding presence that makes the fans go crazy for every second. For the hard rhyming they bring powerful flows, that have a raw authenticity to it to make you buy in majorly, on this record that doesn’t slack for any second they bring to us.

Moemaw Naedon and Calig Kontra “Pass the Vodka” is a record that shows the power of Hip Hop, as they not only make something that sounds good, but shows the power of coming together for one common goal. It’s levels to being an emcee, and the level they’re at is not for many, with you hearing mastery in their craft that can only come from God emcees.

Check out Moemaw Naedon and Calig Kontra “Pass the Vodka” below and follow them on Instagram. Stay Global my Friends!