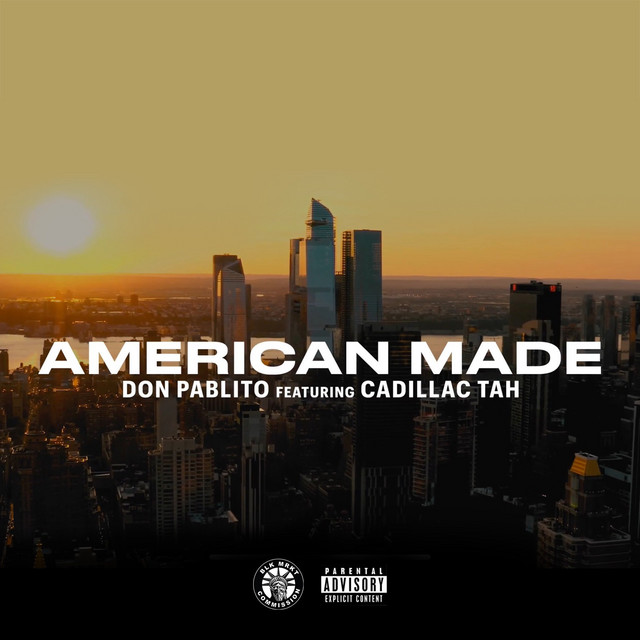 Hip Hop is truly a genre that has something for every one. So many different styles that allow for artists to do what they feel. It’s that element that has helped the genre flourish, and helps create some of the best music we here, especially when you hear a record, and can hear the artist making it a point to give that real deal Hip Hop that you can feel in your soul. That’s what you get from Don Pablito on his new song “American Made” featuring Caddillac Tah.

Don Pablito comes together with Caddillac Tah to make a South Jamaica Queen anthem on the new song “American Made”. The production captures you right away with a Wu Tang “C.R.E.A.M” sample to bring you something familiar, that they bring a freshness to. Don’s rhyming is always on point and it’s very apparent on this record. His flow is commanding, and has grittiness to it that makes you believer every bar he delivers, with so much conviction and authenticity to it that you know he didn’t come to play. For the feature Caddillac Tah play’s off Don perfectly sounding so New York for purists every where to love as they put on for where they are from.

Don Pablito featuring Caddillac Tah “American Made” is the Hip Hop that serves as the glue for this genre. As much as music can be so vibe driven present day, the people always want and need Hip Hop that is lyrically sharp, and unapologetic in it’s approach to deliver something undeniable to keep the culture strong and moving forward for time to come.

Check out Don Pablito featuring Caddillac Tah “American Made” below and follow him on Instagram. Stay Global my Friends!