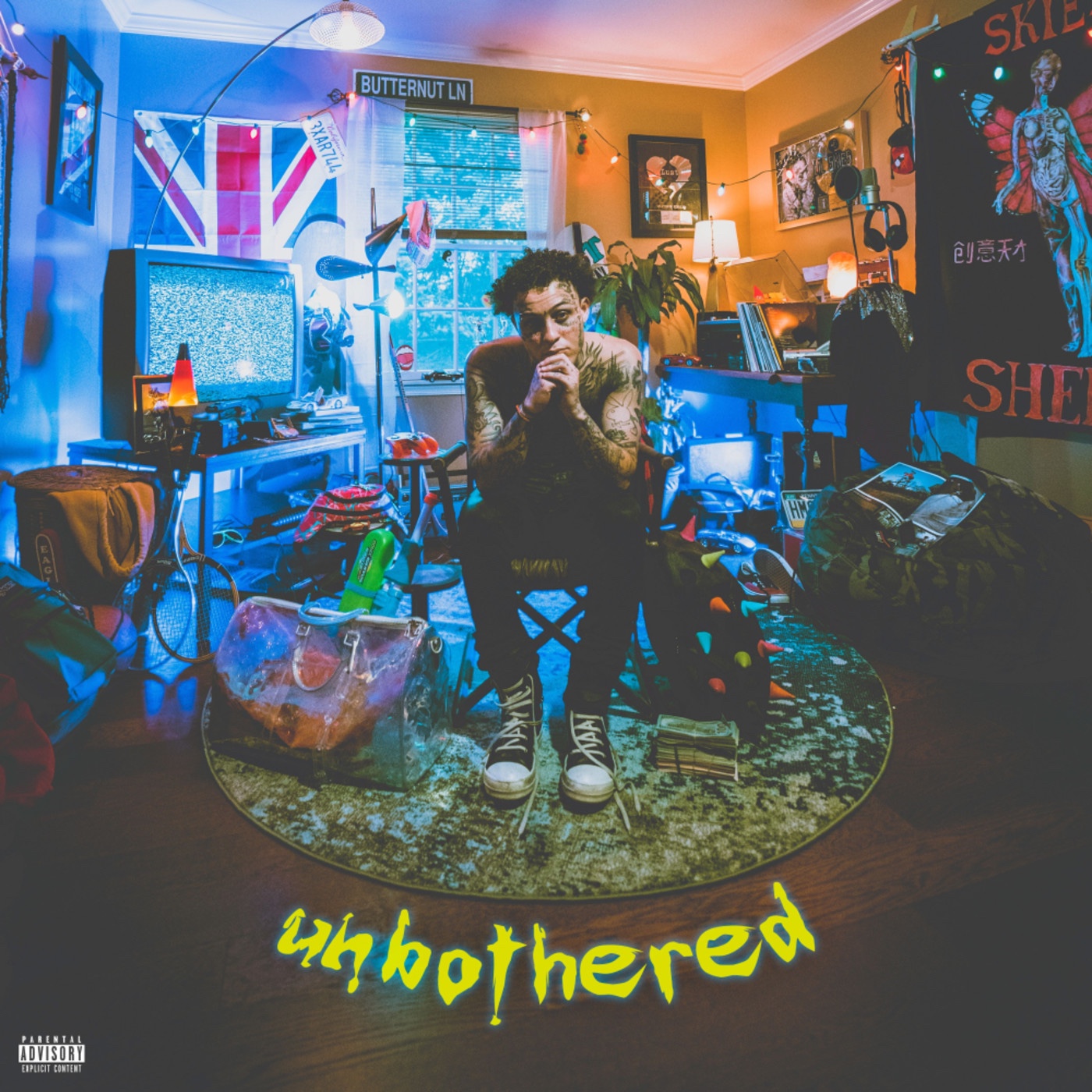 By Kody Sloos: It’s been over a year since Pennsylvania artist Lil Skies has released a full-length project. The 22-year-old has recently taken a step out of the limelight, partially because of the birth of his son, Kimetrius Jr. With new artists emerging every day, critics are quick to claim that Skies has fallen off, potentially ending his reign as one of the most popular artists to emerge out of the Soundcloud rap sub-genre. With the new year kicking off, Skies has taken a step forward with the release of his brand new album ‘Unbothered’. The 14 track project comes with features from fellow Pennsylvania native Wiz Khalifa, along with Chicago’s Lil Durk.

First impressions are important, especially in the case where fans are in love with a specific sound from their favourite artist. Skies’ fans hold his music to a particularly high standard. Previous projects such as ‘Shelby’ and ‘Life of a Dark Rose’ have quickly become cult classics for many, therefore the standard for ‘Unbothered’ was set high before the album was even released. Upon first listening to the album, the quality of production was the first thing listeners are able to identify. Large chunks of the production credits go to Based1 and Slim Pharaoh, along with appearances from CashMoneyAP, T-Minus, Hagan, Vendr, Sprite Lee, Buddah Bless and many more. Skies has been able to evolve over the years, especially in the selection of his production. With trends and sounds within the genre constantly changing, it’s apparent that Skies is able to create classics out of any beat that’s put in front of him.

While many artists look to bring a specific sound or story within a project, I feel that ‘Unbothered’ offers quite the opposite. Through his previous projects Skies has already proved that he can offer emotional transparency, versatility and much more. This new project stands out as a statement. Many listeners would agree that the inflammation of new artists appearing every day, is as much a negative as it is positive. This new release serves as a reminder that Skies isn’t going anywhere. While the project does host two features, the mostly solo album is the perfect mix of new sounds while also showcasing that Skies’ trademark sound is still cemented within the Pennsylvania native. Tracks such as ‘Ok and ‘Excite Me’ allow fans to see the transition from the sound you would come to expect from Skies, while ‘Take 5’ and ‘Red Wine & Jodeci’ are a quick reminder that the foundation that built Skies’ career, is still solid.

With things within society changing faster than we can handle, it’s refreshing to be assured that some artists we have come to know and love are adapting as well, reminding us, that they’re here for the long haul.