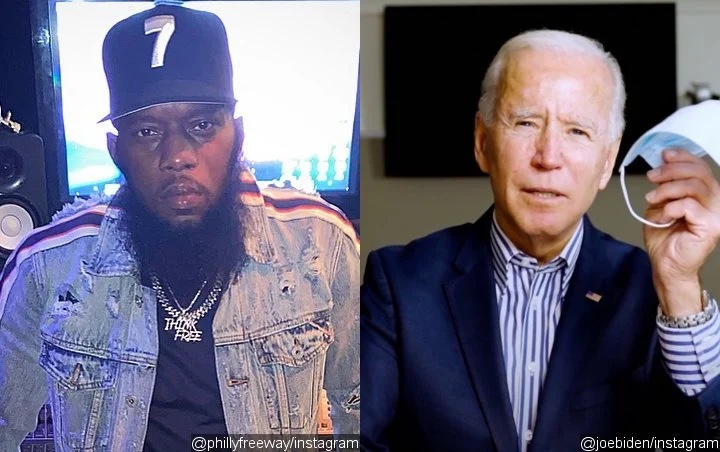 Freeway lost his oldest son, Jihad, last week, but he was on hand in Philadelphia for Joe Biden’s rally where he served as Sunday’s entertainment. When he took the stage, Biden spoke to the loss of Freeway’s son while thanking him for his time.

“I also want to thank Philly Freeway for being here and performing,” Biden said. “I know he’s heartbroken about the loss of his son. I know the pain of burying a son and he does too now, unfortunately. It means the world to me he chose to be here because the election is that important.”

Freeway offered thanks to Biden online after the event, highlighting that Oschino Vasquez also lost his son. “I know you know the pain that comes with losing a son,” Freeway wrote. “We are from two totaly different world’s but we can relate to each other. You have my vote on Tuesday!”

Biden’s son Beau passed away in 2015 from brain cancer. The details of what happened to Freeway’s son Jihad are currently scarce.

You can see Freeway’s message of thanks below.