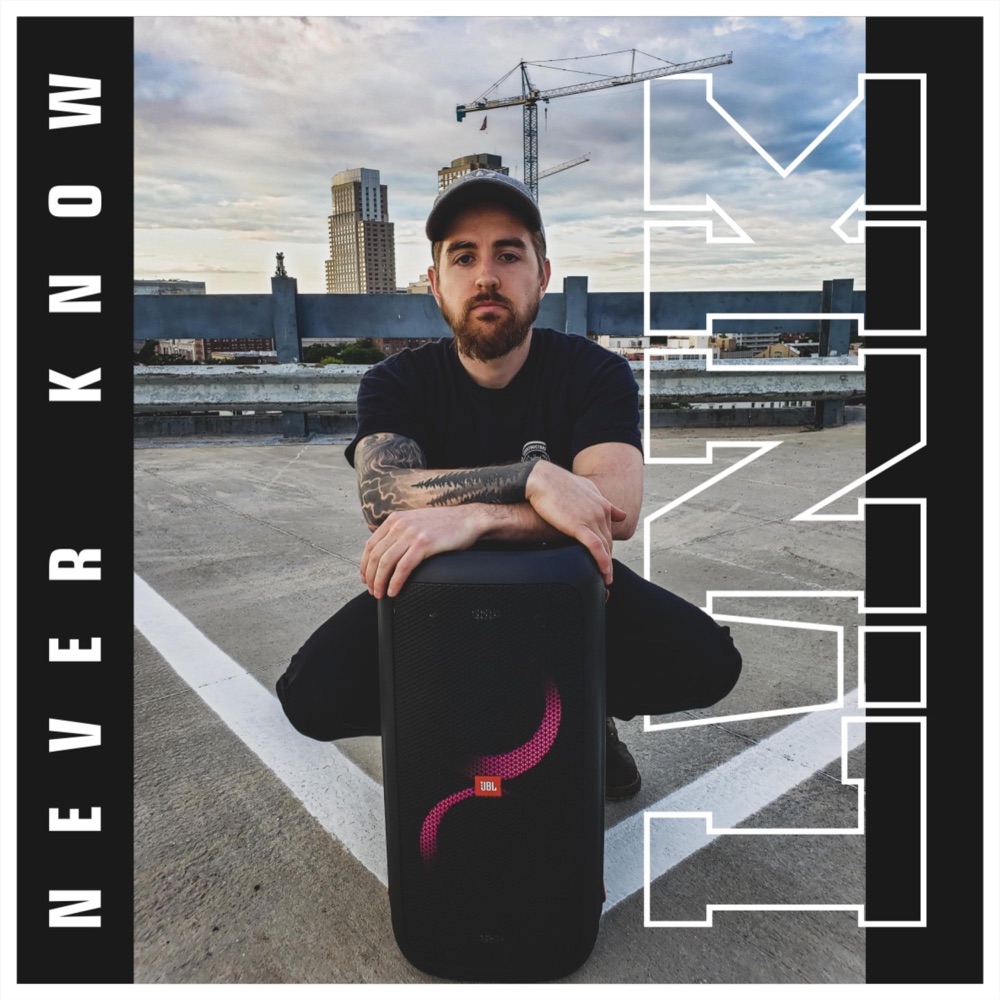 As much as Hip Hop can be a feel, lyrics are still very much important. Not only are lyrics important, but the way they’re delivered plays an intricate part in the way the music is felt. When an emcee can fuse the two together, it makes fireworks, and fireworks is what is brought to you by L!NK on his exciting record “Never Know”. An amazing debut filled with upper echelon talent and conviction, to make it a must hear display of Hip Hop. He was gracious enough to take time to answer some questions for us. Below he breaks down his Master Pen.

Who is L!NK the artist?

L!NK is an artist inspired and influenced by all different styles of art. L!NK is distinctly 100% me because not only is it my last name, but it also represents my objective as a creative. My hope is to connect the audience to my worldview, my being, my experiences, and my imagination.

I’m a big fan of not only music but movies as well. When it comes to what I create, I aim to produce a full experience from top to bottom that is cohesive and layered. I’m constantly challenging myself to consume styles of art I am least prepared for or used to. Once something new registers, I like to see what elements I appreciate the most and then see how and if it can supplement my creative vision.

What inspired the lyrical approach to your “Never Know”?

The main drive behind this song was to put out a track that pushes people to recognize that I’ve arrived. With this song being the formal beginning of my professional career, I wanted the chorus to let people know in a basic, accessible way that you don’t know who I am, where I’ve been, or what I’m capable of- so how could you know what to expect? But even with the nescience, you’re here listening to me, and repeatedly.

As an artist, I’ve been a work in progress for at least a decade. I’ve made a lot of music that people would have put out. I’ve reinvented my style a couple times and continually asked myself to be better. I was always that dude that people didn’t understand why they didn’t put out any of their music. So for unfamiliar people to hear this song, I’m stressing that they don’t know what came before this and all the growth I did behind closed doors. A lot of artists go right into public with their music and try to polish it as they go, but I’m ready and there is no learning curve.

Beyond that, the idea of Never Know is pretty simple. It’s pushing people to understand my business ready mentality, my interest in being mature, and overall just making a statement that I got flair and style to boot. I’d say it’s more of a warm-up track, something to get people loose with and for them to feel a bounce to. I didn’t want people to be overwhelmed with some of the more complex projects I’ve made.

I’m not really sure what parts of the song have captured people’s attention the most, I’d say it’s been a mix in regards to that. The bars that I delivered with the most energy are definitely the ones I heard from people about the most.

“This is big dog business and we gettin some bones”

I think was a line that a lot of people have reacted to the most thus far. I guess I weaved through the hi-hats in a way that captivated some people, and the dog-like adlib concluded the verse with authority similar to an alpha male marking their territory…it’s just kinda like the dogs are here and we’re bout to get this paper! Haha

What do you think is the bar that people may sleep on listening to “Never Know” and why?

“You wanna be skillful? Better keep it simple
Never less weight in a word than a pistol
Imma drop missiles if I got my say
Stay out in the middle when I spot my prey“

The point I’m trying to make here is this…some cats are out there trying to do too much in order to compensate or prop up their abilities as an artist. Sometimes you have to bring it back to the basics and focus on the fundamentals. You can always add all the jazz, all the flair after the fact. Just make sure that what you’re preaching, and your core philosophies are all in line and battle-tested.

People sometimes, especially rappers- tend to use violence in their lyrics and it can often distract from the power that lies in words. There’s nothing wrong with telling a story which is violent, it’s all-important but words are most powerful in my book. So in short, this section of the verse is going along the “The pen is mightier than the sword” adage. Someone could use violent intimidation tactics, but that’s not my style as I have no interest in violence. If I aim to dismantle you, I’ll do it in a way that violence could never accomplish because in the end, most missiles are more powerful than a pistol.

Maybe 7.8. I don’t see this being the heaviest song lyrically but part of that is because it’s meant to be a simple display of energy and skill. Maybe some people will say they think I’m being harsh on myself, while others think I’m being too kind. Who knows? What I do know is I have high expectations for myself.

What can people expect next from L!NK?

More music!I dropped a new song called “Born to Win” on August 28th which is available on all major platforms. I produced it, just as a I produce a lot of my other work. I am putting out new music once a month and the intention is to give more and more understanding of my core artistry as it goes. Not only that, but each song is progressively better in my book. Can’t give away the best at the beginning haa! I’m mad hype for it all I can’t wait to share what I have with the world.

Check out L!NK “Never Know” below and follow him on social media. Stay Global my Friends!