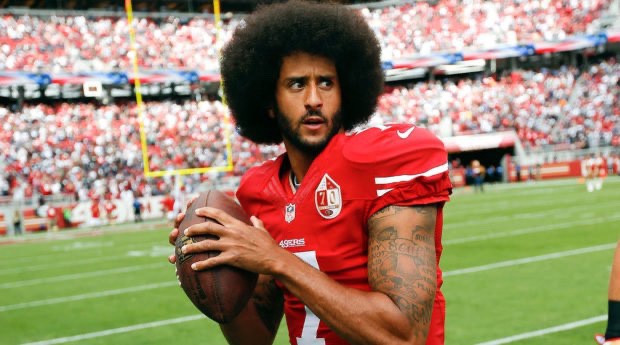 Colin Kaepernick has not been on the Madden video game series since 2016, but the Quarterback turned activist will be available on the newest game. According to reports, Kaepernick will return to Madden as a free agent with an 81 overall rating.

“We’ve had a long relationship with Colin through Madden NFL and worked through our past soundtrack mistakes. Knowing that our EA Sports experiences are platforms for players to create, we want to make Madden NFL a place that reflects Colin’s position and talent, rates him as a starting QB, and empowers our fans to express their hopes for the future of football. We’ve worked with Colin to make this possible, and we’re excited to bring it to all of you today.”

EA Sports ran into controversy when they did not feature the former San Francisco 49ers QB on Madden 17 as a free agent. Not only was he not featured on the game, but references to Kaep’s name were removed from music in the video game. EA Sports claims that Kaepernick’s name being edited out from Big Sean’s verse on YG’s “Big Bank” was a mistake and was later corrected.

Virtually, Kaepernick is back in the NFL but the former Nevada QB is still without a contract as the NFL season approaches. There have been rumors around the league that teams were interested in Kaepernick, but already in September without a deal it seems likely that he will remain unsigned for the 4th season in a row.

NFL Commissioner Roger Goodell issued a public apology for the treatment of Kaepernick admitting that the league should’ve listened to him sooner. Goodell has even encouraged teams to sign him to their roster.