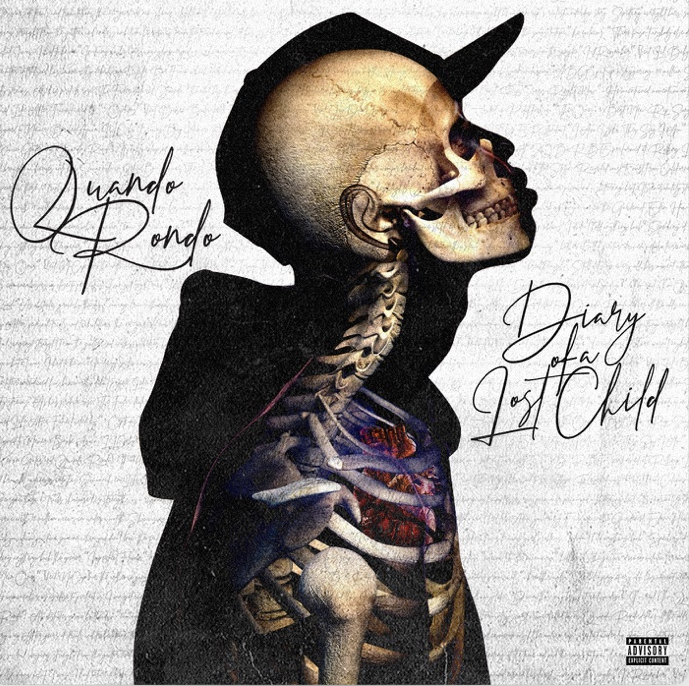 By Kody Sloos: The newest release from Georgia rapper, Quando Rondo has arrived. “Diary of a Lost Child” was released today at midnight. Diary of a Lost child is the 5th studio album from Quando. In a world where album releases are separated by years for some artists, Quando brings his second album of 2020, this time with zero features.

Since rising to fame in early 2018, with the collaboration “I remember” featuring Lil Baby. Quando has been hungry for success, flooding the airways with constant but high quality releases. His first album “Life B4 Fame” was where Quando would take the industry by storm. Tracks such as “Paradise” and “ABG” attracted worldwide attention and would give Quando the recognition he was striving for. Known for his melodic, emotional but also gritty tracks, the Georgia artist has never shied away from sharing the struggles of the streets, through his music.

While still only 21 years of age, the Savannah native has released more music in two years, than some artists release in five. Adapting to fame after his tough upbringing wasn’t easy for Quando, with Diary of a Lost Child, he was able to express his struggles with fame, fake friends, the streets and more. Versatility is something that has been a stamp for Quando with lyrics such as “Hit the corner and blast/Just gotta make sure my mask on” featured in “Shooters & Movers”. With lyrics like this, fans are able to see the dark side of Quando when he talks about his time in the streets. Then being able to hit the switch, talk about his struggles with substance abuse and mental health on the same album.

Quando has shown a lot of growth between each release. Releasing the album with no features was a massive step for the 21 year old. Many projects present day, rely so hard on features for success. To see a non main stream artist release a 16 track project with zero features, was a breath of fresh air. The first track on the album “All these problems” is easily relatable for fans, with the stigma of mental health slowly going fading, it’s encouraging for fans to see their favourite artist express personal struggles through their music. The lead track would set the tone for the entire album as Quando was able to touch the hearts of his fans with his immaculate story telling, and melodic tendencies throughout the entire project.