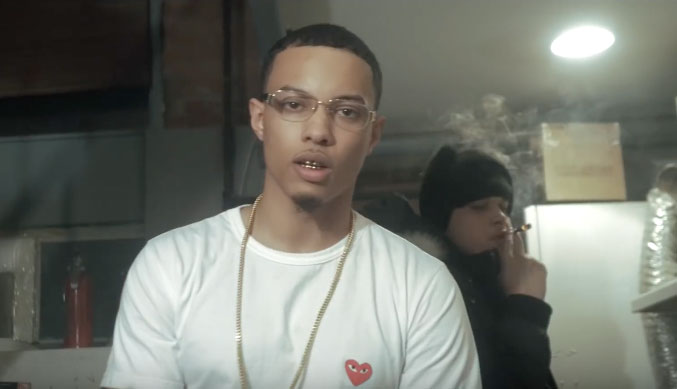 By Kody Sloos: In a city that has produced established talent such as Drake, The Weeknd, Nav, Tory Lanez and more. Toronto has become the hub for not just Canadian recognition, but worldwide stardom. Although it hasn’t always been this way. For years it was a challenge for rappers to gain traction and respect while coming out of the city. Over the last few years the negative stigma of being a rapper coming out of Canada, has started to fade away. This is a good thing. The amount of talent coming out of the city recently is mind blowing, and I’m here to put you on.

To start off this list is Da Crook. Originally hailing from Weston road then moving to Parkdale in his early teens, Da Crook was previously known as Killah. Since reinvented himself and becoming Da Crook, this artist has recently been on a tear. Dropping his album “Cant Stop Wont Stop” in late January, followed by a plethora of top quality music videos in 2020. Da Crook has been on the scene for nearly a decade and has had his foot on the gas ever since. Known best for his lyricism and storytelling, Da crook has no problem letting other rappers in the city know, he doesn’t need to depend on autotune for his tracks to BANG.

One of the younger artists on this list, is Regent Park artist Lil Berete. While only 19 years of age, many of his releases have amounted millions of views on YouTube. Berete is one of the most promising talents to come out of the city in recent years. Berete broke onto the scene only in the last few years but has wasted no time making a name for himself in the city. With releases such as “No Makeup”, “Real”, “Southside” and more, the Regent native is quickly climbing the ladder, becoming more and more popular with every track. With the COVID-19 pandemic cancelling concerts worldwide, you can rest assured that Berete is ready to take the stage and shake the room as soon as the time comes.

While only born in 1997, NorthSideBenji has been through a lot to get where he’s at today. Starting his career in 2016, Benji has made use of his time on the scene. After being featured on the infamous “Fire in the booth”, it’s almost certain that Benji is destined for international stardom. With release such as “Levels” and “Confessions” surpassing 3 million views on YouTube, fans are on stand by as we await the next release. Benji has always shown love for other artists in the city, which is a rarity now a days. With the recent passing of Benji’s good friend and fellow Toronto mega star Houdini, the rapper has recently taken a well warrant break from releasing music. This being said, his next release “EXTRAVAGANT” is coming soon, and Benji is ready to take OVER.

Robin Banks is an infamous name in the city. To say the Jane & Finch rapper previously dominated the scene in Toronto, is an understatement. With viral releases such as his hit “Priceless”, Robin was able to shine some serious light on the scene in Toronto. After being hit 9 times during a shooting at nightclub, Robin was left paralyzed. This was not going to stop Robin from releasing some of his best music to date. The west end artist is continuously creating and releasing new music on a consistent basis. His album L.O.V.E, was released late 2019 and shines light on the pain the rapper has gone through in his young life. Although Robin is only 25 year old, the rapper has the mind of an O.G and it shines through his music.