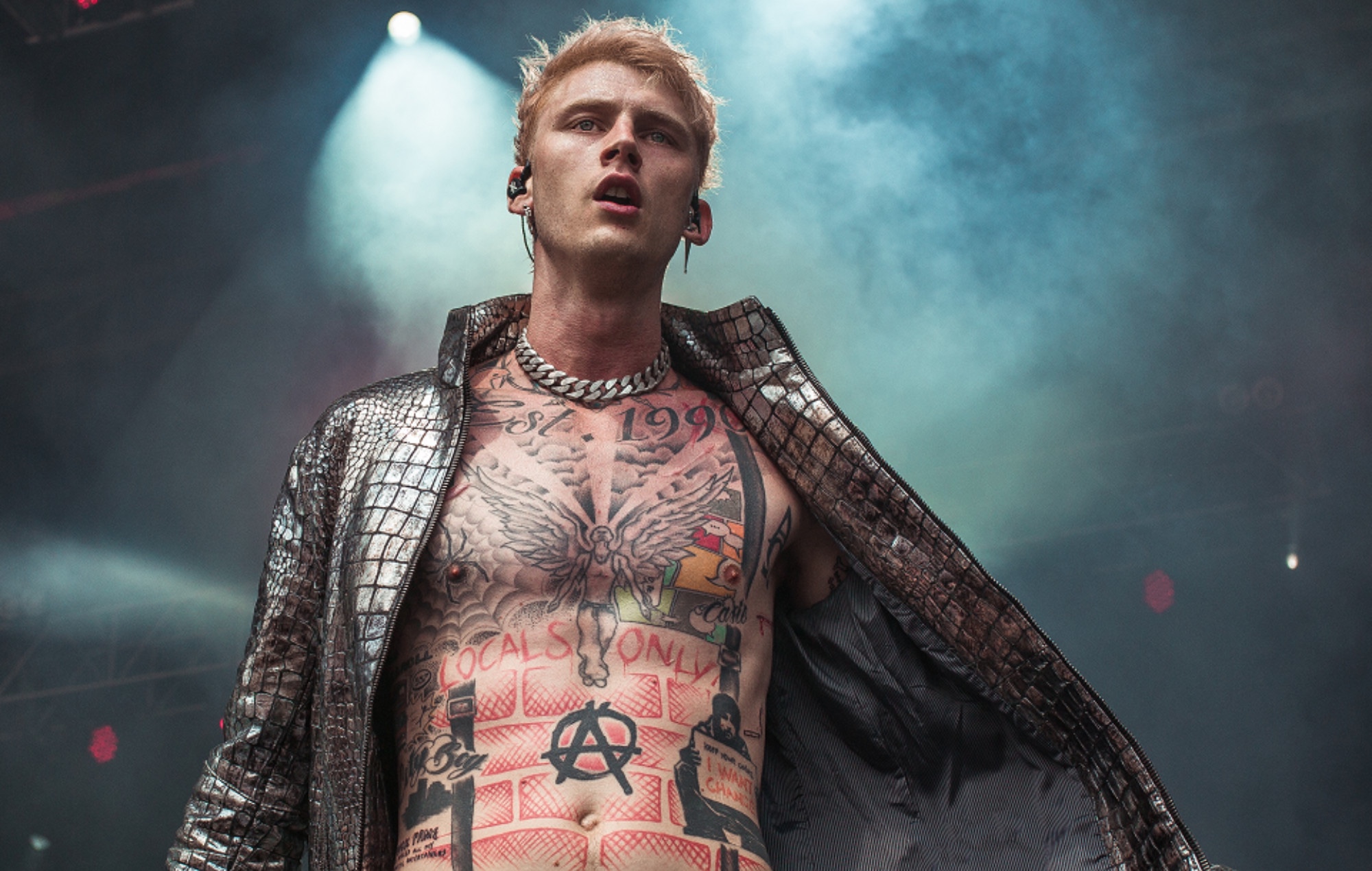 By Kody Sloos: While revisiting the 2018 feud between Detroit legend, Eminem and Cleveland’s own Machine Gun Kelly, fans are still divided. No one had taken their shot at Em in quite some time. Honestly, who would even try. We all know what happens when Em selects a target, its career suicide. This wasn’t the case for Kellz. At a time where rap beefs would take place over social media rather than in the booth, this was something that hip-hop needed. Many fans were more surprised at the antagonist rather than the target. Not only is Em almost untouchable, but Kellz wasn’t someone who was “respected” like that in the eyes of classic hip-hop heads. What made it even harder to believe for music fans, is that Kellz threw the first proverbial punch.

The track was dubbed “Rap Devil” and Kelly held absolutely nothing back when discussing Em’s personal life. The Cleveland artist would name drop Eminem’s daughter Hailey and also his exife Kim. Kellz would go on to address Em’s yearly cost in security and possible insecurities, calling the Detroit MC old and SOFT. Kellz would also state that it took Em 6 years to address a tweet that Kellz made about Em’s daughter Hailey back in 2012. Before addressing Kellz himself, Em had all of Kellz music pulled from many radio stations, black balling the Cleveland MC from almost every popular outlet. All of the tension built up over the years, is what lead Kellz to drop the diss.

Within a week, Em would respond with the track “Killshot”. Of course when you play with fire you’re bound to get burned. The “Rap God” rapper would put it to Kellz, laying down an immaculate rebuttal. The entire track was meticulously written, per usual. Em would tear into the Cleveland artist, calling him a fan, or better yet a Stan. Doing all this while naming the track “Killshot”. The irony or genius of the name choice for the song is actually the interesting part. Killshot is a movie starring Mickey Rourke, in which the main character “Colson” (Kelly’s birth name) is shot and killed by a police “Marshal” (Em’s birth name). As expected Em’s diss track to Kelly would bring in hundreds of millions of views. Many listeners were quick to discredit the Cleveland MC, but there are a minority, such as myself, that believe this back and fourth was not so one sided.

Things started to change as far back as 2017. This is when Kellz would unveil his new project dubbed “Bloom”. The project was different than anything else the rapper had released in the past. It contained some signature MGK type tracks but also left room for experimental tracks and unexpected collabs. Fans took to social media to show support for Kellz new found sound with songs such as “Rehab”. While some fans were up in arms about it, most would say this new style complimented his already unique, yet anarchist style. Kellz has since released 2 studio albums, “Binge” and “Hotel Diablo”. Both albums would feature Kellz signature style that we know and love but his experimental new sounds were featured on both projects.

Let’s fast forward to present day. Kellz has recently been on a tear. With the COVID-19 pandemic keeping everyone inside, Kellz has been endlessly working, pumping out high quality music from his Los Angeles home. Although, the music he’s releasing as of late, isn’t something you would have come to expect from the star had you been a day one fan. With the help of his longtime friend and EST drummer Rook, Kellz has quickly ascended in to the world of punk. Kellz has always shown his love for all genres of music, but rap was where the Cleveland rapper was able to find a name for himself.

As of late, Kellz has been consistent with new releases. Tracks such as; “Why are you here”, “I think I’m okay”, “bloody valentine”, “my ex’s best friend” and collabs with Yung Blud, Blackbear and legendary drummer Travis Barker of Blink 182, show so much promise, it’s impossible to ignore. I can’t help but think that while working on the Netflix smash hit “The Dirt” Kellz was able to channel his inner rockstar, which is now flourishing within his new music. What makes things even crazier is these songs are FIRE. Kellz is here to show his versatility and although he’s experimenting with his new style daily, you can bet your bottom dollar the Cleveland native is down to go toe to toe and still lay down bars against the best lyricists in the game, again.