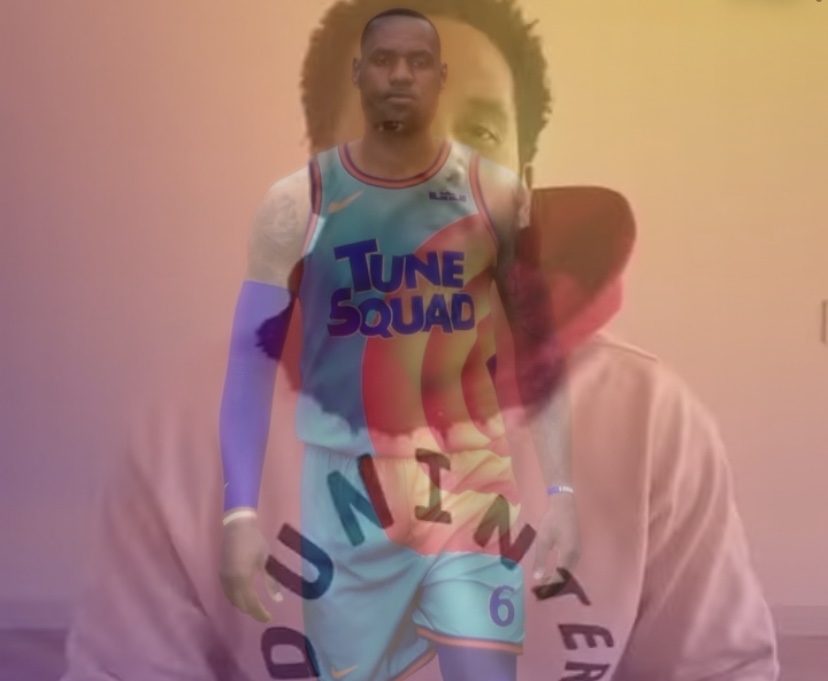 Maverick Carter has revealed the “A New Legacy’ jersey on social media.

The jersey takes the classic orange circles of the Looney Tunes logo and uses it as a dominant piece of the shorts and jersey, while shades of blue outfit the rest.

The jersey carries both the Nike and LeBron James brand logo, while the shorts swaps out the LBJ logo for the number 6. The number was worn by James during his time with the Miami HEAT and often on practice jerseys for whichever team he currently plays for.

The new edition of the LeBron James-led Space Jam is set to hit theaters on July 16, 2021, and will co-star Don Cheadle, Sonequa Martin-Green, and more. The film is directed by Malcolm D. Lee, while Carter and James are joined by Ryan Coogler and Duncan Henderson in production.

You can see the new jersey below.

Tune Squad coming soon!! 👀🔥🐰 Glad all my @ljfamfoundation and @ipromiseschool families got to see it first. 🙏🏾 Thanks for holdin it down my brother @mavcarter 🤜🏾🤛🏾 #JustkidsfromAKRON👑