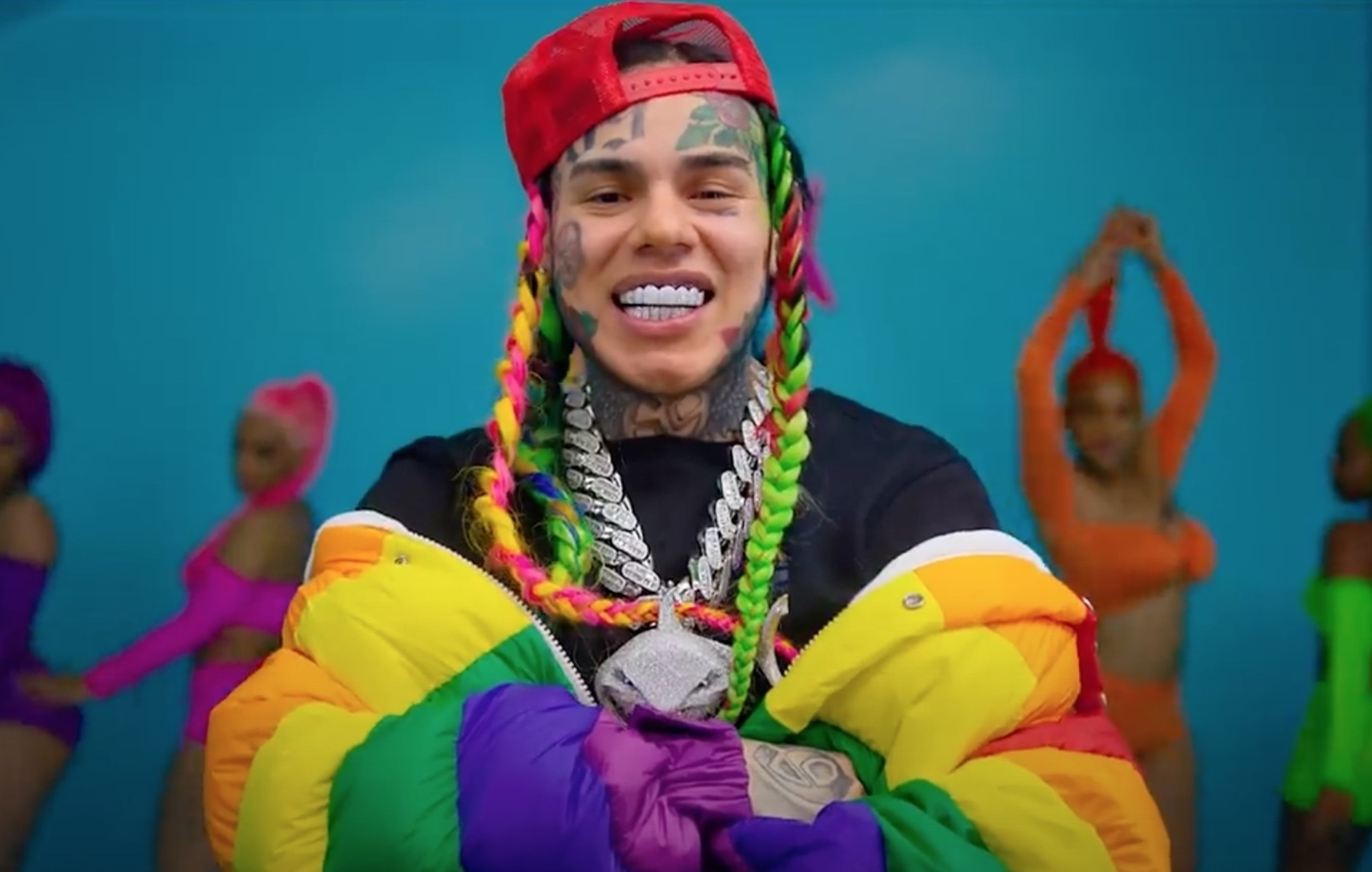 By Kody Sloos: It’s been almost 2 years since the Bushwick rapper has been on the streets of New York. In November 2018, Tekashi 6ix9ine, born Daniel Hernandez, was arrested on RICO charges, along with many members of the 9Trey bloods in New York. Tekashi was infamous for his large scale music videos featuring a plethora of gang members, many of which were “friends” of the New York rapper. After his arrest, he took a controversial plea deal that knocked his sentence from 47 years to 2 years with time served. Taking this plea deal meant turning over many – if not all – the members of 9Trey that the rapper had familiarized himself with. After being kidnapped and robbed for over $500,000 worth of jewellery earlier 2018, the plea deal was appealing to the rapper and although this deal would put a target on his back, 6ix9ine took it anyway.

After taking the deal, Hernandez knew his days behind bars was numbered. With the COVID-19 pandemic hitting prisons hard, the rapper was granted an even earlier release from the federal facility he was harboured at. The conditions of his release kept the rapper on home confinement but allowed him to use social media and release music – which is exactly what the 24 year old star did.

During his time in prison, the rapper was working towards his release from the first day in. Tekashi would ink a two album, 10 million dollar recording contract with his original label “10k Records”. As soon as he landed home from prison, the Instagram mogul was back to his old ways – instantly trolling in the comments as soon as he had a phone back in his hand. The rapper would appear on Instagram live on May 8, 2020 and would pull in an unprecedented 2 million live viewers. His first release “GOOBA” was also released the same day. The video was shot in his home and featured his girlfriend Jade along with other Instagram models. Other releases followed, such as a Spanish track “YAYA, and “TROLLZ” featuring Nicki Minaj. TROLLZ would peak at #1 on the Billboard Top 100.

Let’s fast forward today. It is August 5th and 6ix9ine was released from home confinement only 3 days ago. As he promised, the rapper took to the streets of his hometown – Brooklyn. Now although this was not without a large security presence, no one could have guessed that Tekashi would be riding through the streets, let alone on the hood of a Lamborghini. As promised the rapper would release a new song and video on his first day back on the streets. “PUNANI” was shot, edited, and released in only a few hours. The video was produced with the help of Bryan Salamone, his fleet of exotic cars and an elaborate team to help get the video out in short timeframe. The rapper was shown walking through the streets of New York in broad daylight, carrying $200,000 in cash and smiling in the face of his oppositions.

The setting for this video has a deeper meaning than just shooting a video in your home town. The rapper was out to send a message. Before being arrested, the rapper was the self proclaimed “King of New York”. Honestly before taking the plea deal, no one had a fair argument against it. Since his arrest almost 2 years ago, many artists from the city have tried to claim the vacant throne in New York and with the recent passing of fellow Brooklyn icon Pop Smoke, there are very few people that stand in Tekashi’s way. He also took to Instagram live shortly after releasing the video for “PUNANI”. The live video showed the rapper once again walking through the streets in broad daylight. Tekashi was approached by many people and all of them showed love. Fans have been on the edge of their seat to see his next move but the rapper is showing he’s not scared to risk his life to reclaim his throne.