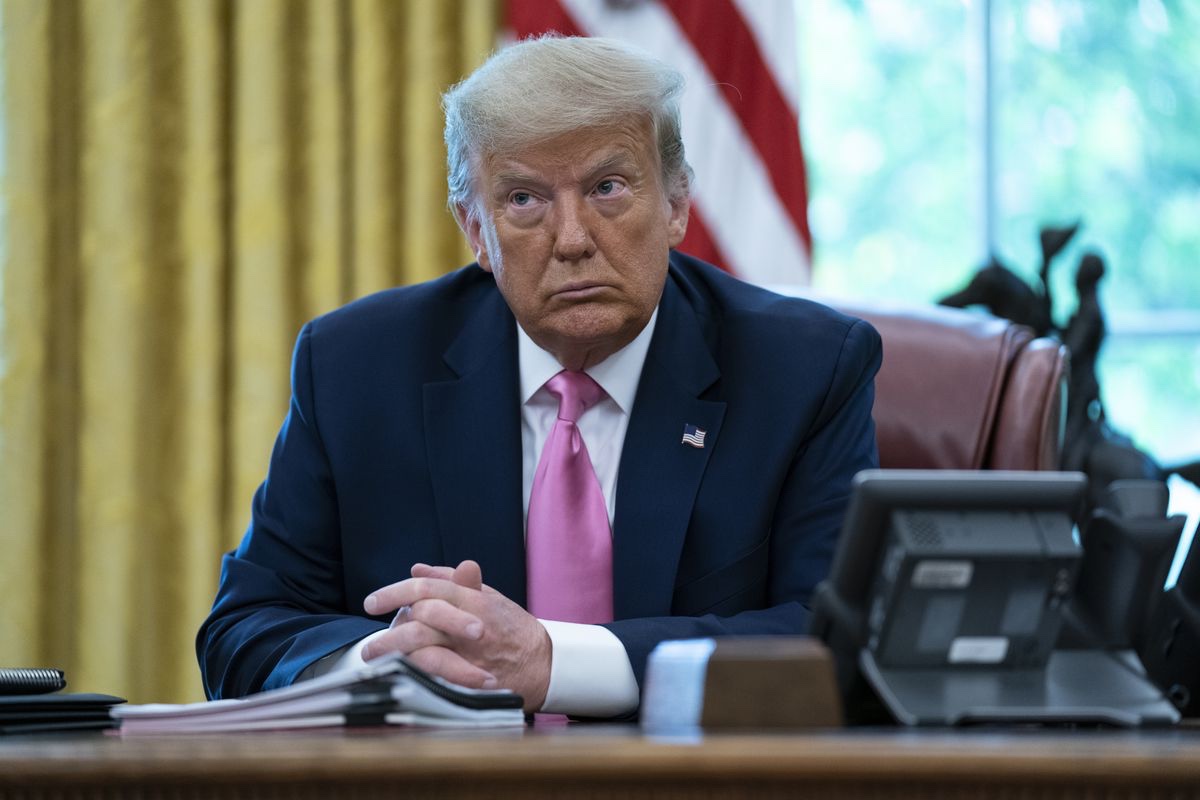 Coronavirus cases are surging across the nation as economies prematurely reopen, and Donald Trump announced that his briefings are set to return this week.

Trump stopped his briefings in April but NBC News reports that he announced that they will resume soon during a meeting with congressional leaders.

“We had very successful briefings, I was doing them, and we had a lot of people watching — record numbers watching in the history of cable television,” Trump told reporters. “I think what we’re going to do is, I’ll get involved and we’ll start doing briefings, whether it’s this afternoon or tomorrow, probably tomorrow, and I’ll do briefings.”

He surprisingly explained that his visibility would reassure the nation and give guidance.

“I think it’s a great way to get information out to the public as to where we are with the vaccines, with the therapeutics, and generally speaking where we are. And so I think we’ll start that probably starting tomorrow,” Trump said. “I’ll do it at 5 o’clock like we were doing. We had a good slot and a lot of people were watching and that’s a good thing.”

He even praised masks during his announcement.

We can only cross our fingers and hope that the upcoming briefings would actually provide reassurance and guidance, unlike previous ones.