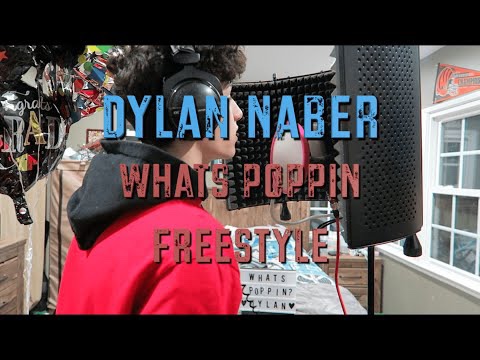 Nothing gets the people excited like an artist delivering incredible lyricism. Barring the listener away at will, as you can hear in their music that they’re on fire and can’t lose. That high caliber emceeing is present all through out Dylan Naber’s “What’s Poppin Freestyle”. He out does the original to the point we had to know more about the record. Below he breaks down his Master Pen.

Who is Dylan Naber the artist?

Dylan Naber is a versatile artist who can go from rapping straight bars to creating melodies. He has an unlimited amount of flows in his bag. All of his music is self produced, self engineered, and self written. Dylan Naber wants to step into the rap game like no one has before and try to create his own lane while making a big impact on people. His influences are artists like Eminem, J. Cole, Hopsin, Big Sean, Chance the Rapper, Juice WRLD, and the list can go on and on.

What inspired the lyrical approach to your “Whats Poppin Freestyle”?

Not only did Jack Harlow, the original rapper to the song, inspire me to rap on this beat, but honestly what really inspired me is just being in quarantine. Being in quarantine has left me with nothing to do but make music and I have been able to get a ton of music done because of it. In this freestyle I even touch on some struggles that other people and I are going through because of this whole pandemic.

There are a couple bars that I believe will definitely get people’s attention but one of my personal favorite is,

Ed, Edd n Eddy was a TV show that I used to watch on Cartoon Network, so I am saying enemies are watching me like it’s a TV Show. Then I say I gotta keep one open which means that I have to watch out for the enemies around me. I relate this to the rapper named Fetty Wap because he is known for only having one eye.

What do you think is the bar that people may sleep on listening to “What’s Poppin Freestyle” and why?

The bar people will sleep on is when I literally tell people to stop sleeping on me. The lyrics are,

In these lyrics I tell people to stop sleeping on me because I will let my hook do the “rest.” In this lyric, “rest” is a double meaning because rest can also mean sleep and the “rest” of the song is my hook. I think people will sleep on this bar because of how subtle it is.

What would you rate your pen on “Whats Poppin Freestyle” 1-10? 10 being the highest?

Even with all the bars I had, I’d still rate my pen game around an 8 for a couple of reasons. One of the reasons is I have to leave room for improvement, the other being that I have some singles in the vault that I feel like I go harder bar wise.

What can people expect next from Dylan Naber?

People can expect some more singles coming within the upcoming months and a mixtape that’ll probably drop later this year.