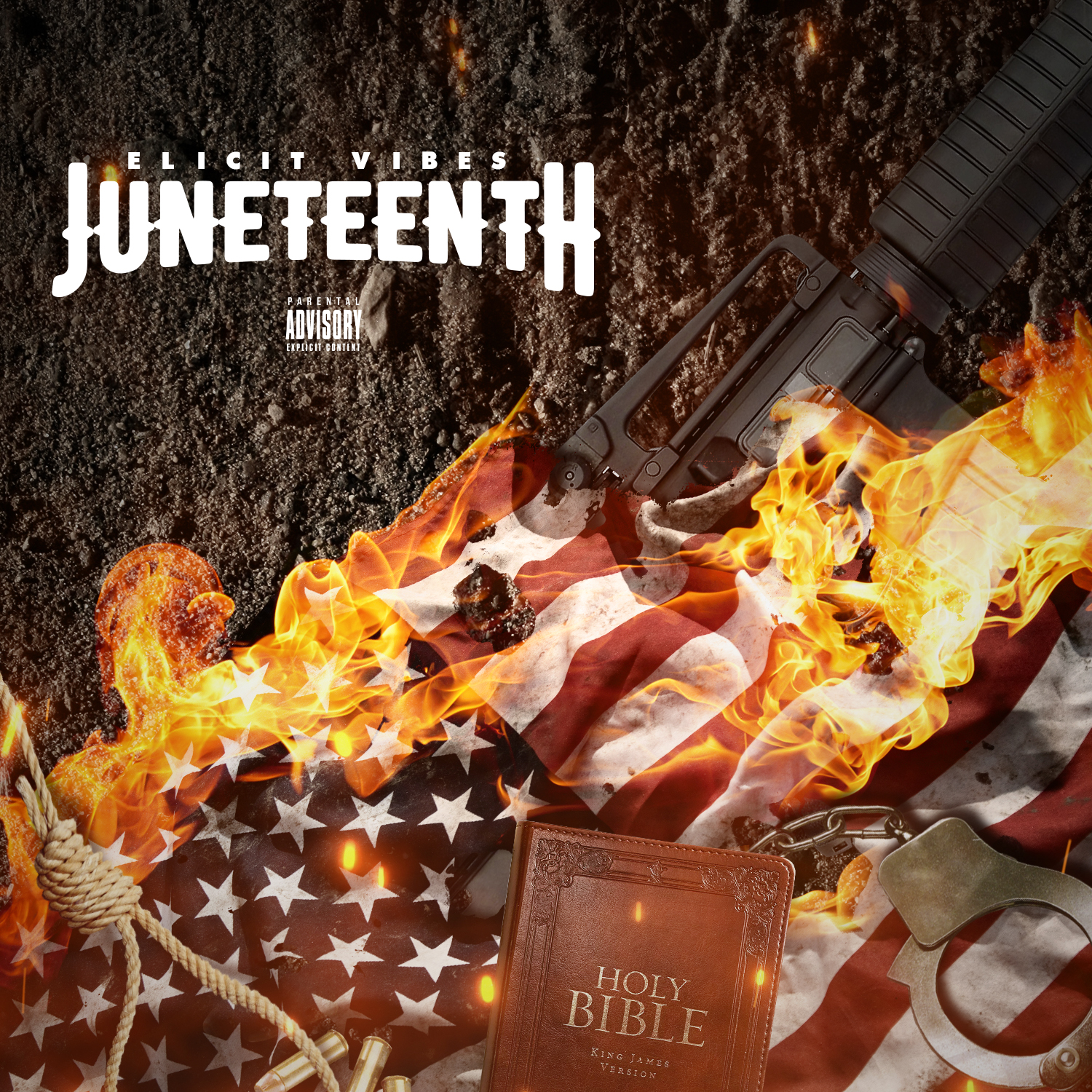 Hip Hop was founded on being bold and going against the grain. Being daring enough to tackle hard issues and be the voice for the people. At times Hip Hop has strayed away from that point, but there are some emcees who are the glue for this genre. Elicit Vibes is one of those emcees, with his song “Juneteenth” being proof. It’s a powerful record that not only shows his lyrical prowess, but a message that the people want heard. He was gracious enough to take some time to answer some questions for us. Below he breaks down his Master Pen.

Who is Elicit Vibes the artist?

Elicit Vibes the artist is a platform for the people. My pen is dictated by personal interactions; conversations about politics, religion, relationships and spirituality as well as my own black human experience in poetic form over soulful instrumentals. If we have a really good conversation or we go through something, there’s a good chance you’ll hear it in a song soon. That’s probably why my music has been relatable to so many; there’s nothing selfish about it. So in a sense, Elicit Vibes is a one man think group for all of us to figure this life out together. I just drop the jewels I gather.

Elicit – evoke or draw out (a response, answer, or fact) from someone in reaction to one’s own actions or questions.

What inspired the lyrical approach to your “Juneteenth”?

When I heard the instrumental produced by @TheSoundDisciples / @TheRealHayesBrothers it immediately forced me to the podium. The Farrakhan sample in the beginning set it off speaking about how black is the essence from which all colors come. Naturally I had to elaborate. Knowing the audience would be diverse, I wrote as poetic as possible.

Poetry is personal so even in its darkest, rawest form it’s hard to judge a poet because when presented right, you know it’s coming from a place of experience, even if it’s not your own, so you empathize. I wanted the listener to sit in that dark place with me and it just got blacker and blacker by the bar. It gave me that Nas & Game – Letter to the King feel and I was still hype off the a Bounty Killer Verzuz battle so I jumped into Ghetto Governor mode.

The flag is just a rag when your blood is in the streets,

And your brothers turn a cheek, it’s no justice, no peace.

Knowing how passionate people on the fence about my message are about the flag, I knew this line could be divisive at worst, controversial at the least. That’s why I followed up with the conditions under which the line applies; when your blood is in the streets and your brothers turn a cheek. At that point, the colors, the symbols and history don’t matter when it’s life and death and you’re closer to the latter.

I also look at it as when the war breaks out, you have two approaches, the classic Malcom vs. Martin ideologies. If I’m fighting a war and you’re turning the cheek, you’re just as useless as the rag.

What do you think is the bar that people may sleep on listening to “Juneteenth” and why?

Black is Jew, black is me, blacker than the King of the Hebrew, He too was shackled for the dream.

People tend to forget or downplay how radical Jesus was. He spoke truth to power. He toured his region, speaking to the people about reform, both in law and spirit. When his message was too powerful and has following too fanatic, they lynched him.

Usually I’m modest, however this a “10” mainly because conditions under which it was written. If I didn’t have a single punchline or bar, it would still be a 10 because it’s so honest. This is the black experience. Black history, then and now. The blues and the poetry is just the “rapping” paper, between the lines is the real gift and the curse.

What can people expect next from Elicit Vibes?

Don’t expect anything but soul and commitment. I have a lot of styles and different sounds I’m experimenting with. I’m really excited about songs like “Don’t Change Up” and “Only Fans” which will give my listeners an array of vibrations to connect with and I’m working on a project called “Midnight Blues” to display some of those hues.

Check out Elicit Vibes “Juneteenth” below and follow him on social media. Stay Global my Friends!