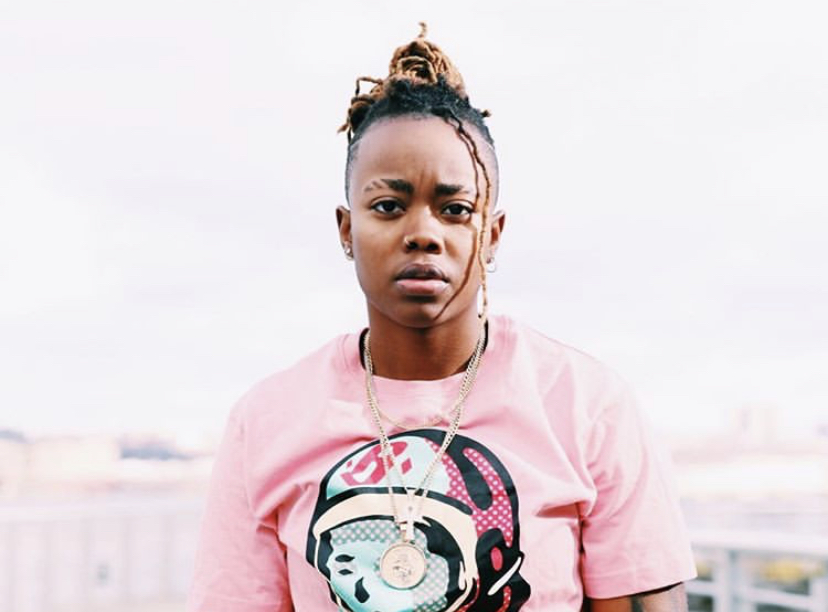 Hip Hop started off with emcees showing each other who was best. Keeping their pen sharp with their braggadocio rhymes that would keep other emcees at bay. The Master Pen of Bre SwaGz has that feel. This emcee is sharp, raw, and has the hard lines that get your attention with every line. Bre was gracious enough to break down her new record “Twenty20” with us. Below is the interview.

Who is Bre SwaGz the artist?

Bre’Shey /BrēˈSHēi/Johnson /Jaan·syn/also known as Bre SwaGz —gained her musical background back in the ’90s in a two bedroom apt in The Bronx, Nyc. At the age of 7, SwaGz fell in love with hip hop/rap,rapper Eve being her very first inspiration. 1999 was the year she began writing lyrics. Her mother was a hip hop head whom introduced young Bre SwaGz to Dmx, Eve, The Lox, Biggie Smalls, Lil Kim, Mase, Diddy, Jay-z, Nas, and Lauryn Hill.

“In the years that molded the initial sparks in my soul, all of my influences were either from New York, Philly, or Jersey. I wasn’t feeling or listening to any other artist, unless it was r&b. Im from New York, New York was running it, and I was proud.”

Besides her initial Influences she’s had a Lil Wayne phase in Highschool, admires and studies TupacShakur, ice cube as-well as Queen Latifah. J Cole dropped a song titled “show me something,” and earned a fan but the one artist whom she’s always felt connected to since coming across, would be Meek Mill.

Bre SwaGz time spent in the studio was very seldom up until August 2009, when she replied to a Craigslist ad, showcased her music and got noticed by Dj Tariq. She had immediately found a home. They would go on to record over 40+ tracks together, 9+ music videos, 2 mixtapes (although one never got completed), and generate a small local buzz. In 2011/2012 the duo split and cut business ties.

Overwhelmed with family problems, poverty and homeless SwaGz had to deal with life first, boss up, get it together and put her music career on the back burner. In 2016 Bre SwaGz founded NDG Entertainmentand released her first EP “Most Doubted” in 2019.  The influence of 90s hiphop is never overheard in her sound. With her lyrics, she tells stories in the course of which the listeners find themselves. Releasing 9 music videos for her Most Doubted Ep, she proved to herself that she was still capable of creating and doing her thing in a way that was true to who she is. Her intensive, boundless and insightful lyrics recently caught the attention of The Lox‘s very own, Jadakiss and he appears on her 2020 EP, Most Doubted 2.

“With my new EP Most Doubted 2 I’m not trying to prove anything, I’m just positioning myself in the universe,” – Bre SwaGz told NDG. “Im starting to envision myself as a Hip Hop/Rap legend.”

Bre SwaGz is an artist who took her mistakes and turned them into lessons. These lessons molded her into a superstar songwriter, Hip Hop Artist, performer and CEO. It’s time the entire world knows who she is.

What inspired the lyrical approach to your “Twenty20”?

This is how I was feeling entering 2020. My whole mood before I knew there would be a global pandemic and a much needed revolution. I had just got out of a relationship and I felt the need to remind folks, as well as myself, that I used to be a player. In my head I was going to come into 2020 as a real swagged out player. I also wanted to touch base on leveling up and being a go getter. I make things happen.

“She fly in, she Wutang. Cream. Cash rules everything around me.” – I think that bar was super hard. I’m speaking of a lady friend flying all the way across the country to visit me and “WUTANG” aka “CREAM.” Any hip hop fan gotta know the iconic group “Wutang clan” and one of their most successful hits “C.R.E.A.M.”The acronym of that hit song stands for “cash rules everything around me.” I used it in a different manner, however I then go on to respectfully quote their actual message behind C.r.e.a.m.

What do you think is the bar that people may sleep on listening to “Twenty20” and why?

“And the B***h got a bakery, I think Anita, still i will never ever ever need her” – I think that one may go over people’s heads because Anita and “I need her” sounds almost identical. All respect to Ms. Anita Baker, but the bakery I’m talking about is a big booty. Ms Baker’s name goes hand and hand with my terminology, so I’m assuming the woman with the big booty is named Anita. I’m just on my player sh*t, I like her but I don’t need her.

If i rate myself perfect i’d be taking away the option of growth. I’ll give myself a 9, because i don’t believe in perfection amongst human beings. I’m not God, I’m merely Godly.

What can people expect next from Bre SwaGz?

I just released my second Ep “Most Doubted 2” with my company N.D.G. Entertainment on June 24th. We’re on a press run right now, connecting with supporters, networking, getting in them big rooms. We’ll be dropping several videos this year while we wait for the country to safely open back up. Then we’ll be hitting the road super hard. I’m actually considering getting into acting this year as well. I welcome everyone to follow and/or become a part of my journey.

Check out Bre SwaGz “Twenty20” below and follow her on social media. Stay Global my Friends!