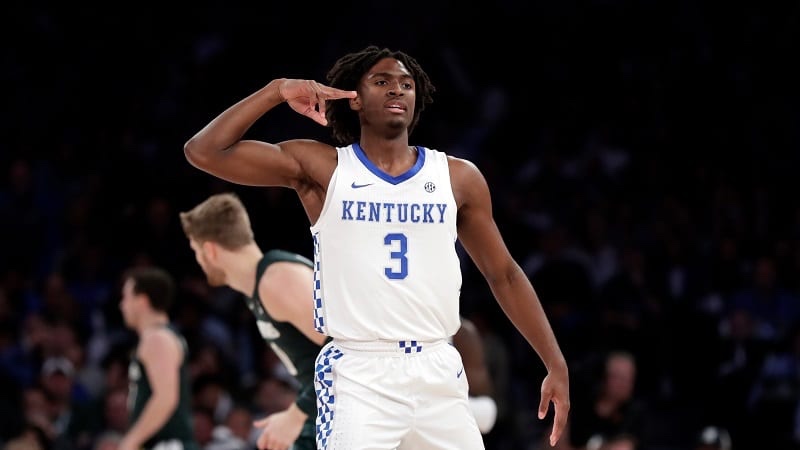 The COVID-19 outbreak in the United States forced the NBA to postpone pretty much everything but Adam Silver and league executives seem to be setting things in place. The regular season is set to resume next month and now Silver has reached a new date for the 2020 class.

According to ESPN’s Adrian Wojnarowski, the NBA has scheduled the 2020 NBA Draft for October 16th. The draft is likely to be virtually similar to how the NFL did their draft this year. Two days after draft day, the NBA free agency will open up.

The 2020-2021 season will start in December giving the incoming class two months to prepare to play ball at the professional level. The coronavirus outbreak forced the NCAA to cancel March Madness. After the season concluded early, players began to declare for the NBA draft including Kentucky Wildcats Point Guard and projected lottery pick Tyrese Maxey.

“My thoughts were that we would be playing for a national championship,” the Freshman Guard told ESPN in April. “Although we’re unable to do that due to what our country is experiencing, I felt like this was the day to declare for the draft to make it as special as I thought today would be.”