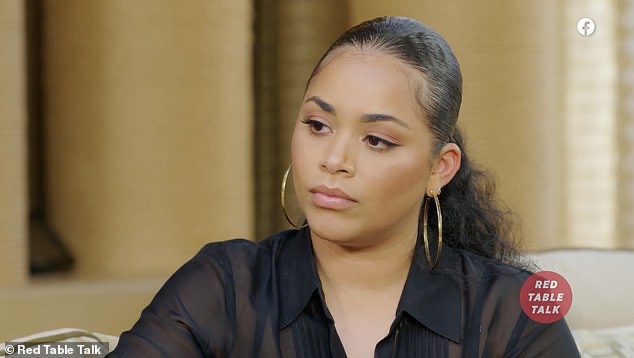 Its been a little over a year since Nipsey Hussle was taken from us too soon, and it’s safe to assume that Lauren London is on an emotional roller coaster given the current social climate.

The actress sat down to talk to Jada Pinkett Smith on Red Table Talk and spoke about their experiences with gun violence as women.

“As we are witnessing our black men being murdered in the streets, very rarely do we talk about the women who are left behind grief-stricken and shattered,” Jada says. “George Floyd has a six-year-old daughter, a sister, a girlfriend. Ahmaud Arbery [has] a mother, a sister. Both men have countless heartbroken women—aunts, cousins, friends—in their lives who love them. We are dedicating this Red Table Talk to how gun violence affects women.”

Lauren opened up about how she’s dealing with the crisis after her boyfriend and children’s father was gunned down.

Lauren London went on to speak about her personal experience while growing up in L.A. “Just growing up in LA, in the area that I was around. In high school, a lot of the boys were in gangs, and I remember that a lot of our friends, by summertime they were gone,” she recalls. “They had transitioned from gun violence. So you kind of got… I don’t want to say numb, but used to hearing it.”