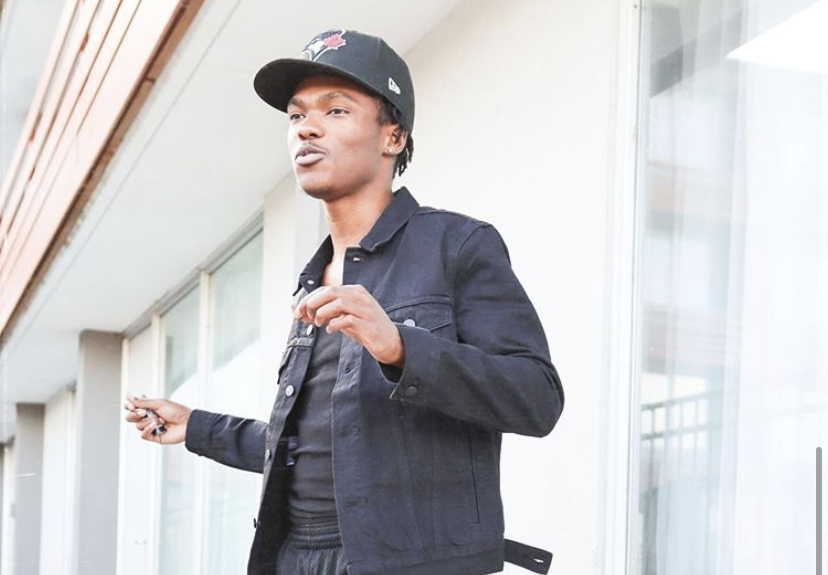 More and more artists come out daily. Everyday there are more artists to choose from, but some people are just stars. Talent that you hear that makes you ignore everything else, and pay attention to the work you’re witnessing. That’s the type of presence Jackson, Mississippi’s own Rosewood Swing has. From the dope artist name, to the supreme skills it all clicks in it’s own special divine way for him.

He was gracious enough to take some time to answer some questions for us. Below is the interview.

Who is Rosewood Swing the artist?

Rosewood Swing is a songwriter, producer, and video director from Jackson, MS. Since the age of 13 i’ve been creating music and shooting my own music videos. I’m a real laid back and reserved type of guy most of the time. I can also be very unpredictable and passionate other times. I think that’s what makes me unique as an artist because different emotions allow me to be more diverse.

My influences range from Kendrick Lamar, Lil Wayne, Curren$y, T-Pain, Kanye West, and Rich The Kid to artists like Eazy-E, Rick James, Snoop Dogg, and Bone Thugs-N-Harmony. I incorporate a lot of these artists into my music by the way I go about flowing on a lot of my songs, my choice of fashion, my mannerisms when I’m performing, the samples I choose, my public persona, and the way I move as far as what I stand on.

What was the creative process for your new song “On Me”?

The day I recorded “On Me” I could recall playing the beat I produced in my headphones and pacing back and forth outside. I knew I wanted to make a track that was airing out a lot of the feelings I felt at the time, as well as being borderline controversial. Whenever I felt any sort of writer’s block, I would listen to artists like Wayne and Drake until thoughts were flowing again. I would go with the first line I could think of off the top of my head. For every punchline I came up with, I would write it down in my notes. When I finally had enough lines to fill the song, I went back in the house and prepped everything to record the rough draft.

The beat was originally an uptempo beat that I sampled from Curren$y. I put it on Ableton and slowed it down to give it that muddy, lo-fi sound that it had. When I started recording, instead of reading what I wrote in my phone, I’d record a whole one-take freestyling. Once I knew I put my stream of consciousness on the track, I’d fill in whatever spots I though sounded kinda wack with my written lines. Eventually, I gave it some structure and it came into what it is today.

What inspired the direction for the video for “On Me”?

The video that inspired most of the aesthetic for it was “Michael Knight” by Curren$y. The video had been recorded from December 2019 up until April 2020. I knew if I couldn’t grab an audience from just the audio alone, a visual image of the artist they were listening to would definitely get them somewhat interested. Everything for this video was really spontaneous and improvised. My roommate had to catch a flight from Colorado back to the Sip at 2am, so we were like “might as well shoot scenes at the airport.” When we got there, the ticket section for Frontier was empty. So I just hopped behind the counter and started rapping until security showed up. I knew that I wanted the video to have scenes with low shutter speed, as well as scenes giving insight on my day to day life.

The biggest thing I want people to take away is that there’s still hope for hip hop artists who aren’t about gimmicks and putting up a visage. There’s still upcoming artists who actually put substance in their lyrics and aim to impact their listeners. I also want them to know i’m not scared to go against the grain and be as versatile with the sound as I can be. I still want to carry on the duty that OG’s like Kendrick Lamar and Lil Wayne did to keep real hip hop alive.

I would say keep working hard, never stop recording, be as versatile and unconventional as you can be, and don’t listen when someone doubts you. And if you wanna really make the odds work in your favor, take extensive time to learn how you market your brand. Learn your target audience and don’t be afraid to put yourself out there.

What’s next for Rosewood Swing?

My LP How Limewire Killed the Radio releases on June 19th on all platforms. It’s already uploaded so I’m really working on the next project called $low Jamz. Both of these’ll sound entirely different. Besides that, I’m really focused on shooting more visuals, getting some actual live performances, and pushing my label One-Life Global to the forefront. I want it to be like the next OVO. I’m just trusting the process.