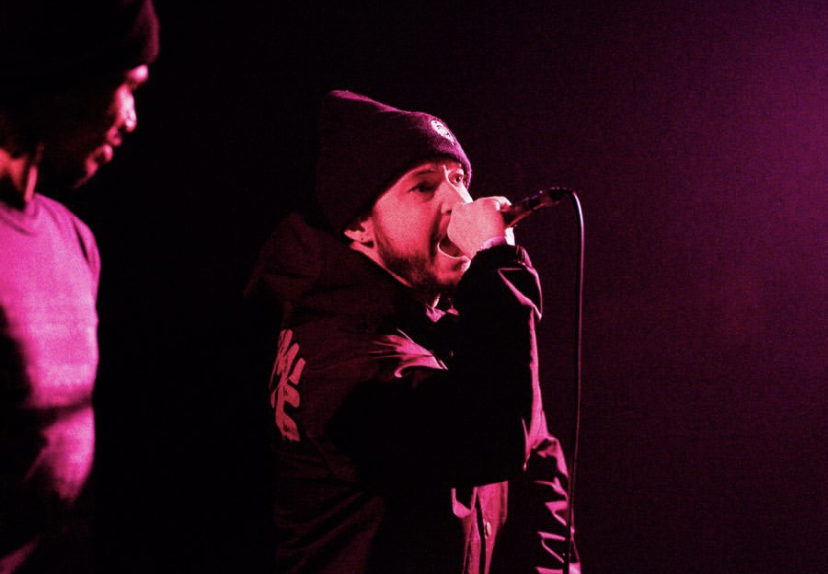 Hip Hop has always been the voice of the people. That music that’s defiant and here to spark a revolution. That daringness to the music, has always made things special, and that same bold approach you can hear in Moemaw Naedon. We first heard him on his new record “SLIME VOLCANOES” featuring Calig Kontra. a hard Hip Hop record that grabs the listener by the collar, with every line being wicked. He was gracious enough to take sometime to answer some questions for us. Below is the interview.

Moemaw Naedon is an emcee and producer from Pittsburgh channeling life experience and metaphysics into raw calculated hip hop.

Im mostly influenced by hip hop artists past and present, usually stuff from or containing elements of the 90’s boom bap pinnacle era of hip hop, but sometimes its from maybe a new artist on the radio, maybe doing something weird with their voice that gives me an idea of my own. Since I make most of my beats from sampling old records and in turn collecting them, I might be influenced by something going on in some old prog rock record that i can incorporate into my production.

I also like low budget action and horror movies and get a lot of ideas from the imagery in some of them or just the general grimy vibe they have, I often try to embody that with my lyrics and beats. Im influenced by being out in nature too and i enjoy the contrast between making typically urban music while weaving in images of nature. My past mistakes and behaviors, the growth out of them and the blunders of trying to maintain composure in life, general human psychology, drug addiction, dereliction etc… These are all things that shape the music.

What was the creative process for your new song “SLIME VOLCANOES”?

That was actually a beat I had made years ago and used to perform random verses over it live at the beginning of my set just because it has so much energy it always seemed to hook people in right away. I tried a few other things with it but nothing really worked out. Then, right when i started putting the album together, the homie Prospek, who actually ended up doing the final sound engineering on the album, put me in touch with Calig Kontra who needed a feature for another track.

We did it and it came out really tight. Calig hit me up a couple days later and said he wanted to do more stuff and he was currently writing and recording a bunch. So I said “yo i have a beat I think would work for the both of us, and I sent it to him with nothing on it and a couple days later I get a demo of a verse he put on it and it was absolute fire and right in the pocket with the beat. This was what I needed to get back into that beat, something fresh on it to inspire me. So I wrote a hook and a verse and that was how Slime Volcanoes happened.

How did you know it was time to release “Slime Volcanoes”?

I had sent the album demo to a few people and they all agreed this was the stand out track. So i knew when I dropped the album this would be the single to proceed it.
We also filmed a video for it which will be out the same day the album drops on June 1st

Appreciation for the stylistic varieties and techniques smashed into the confines of what some would consider 90’s influenced hip hop.

I have a few unreleased projects recorded right now so expect more music from me and Soul Slime Records!!

Check out Moemaw Naedon “SLIME VOLCANOES” below and follow him on social media. Stay Global my Friends!