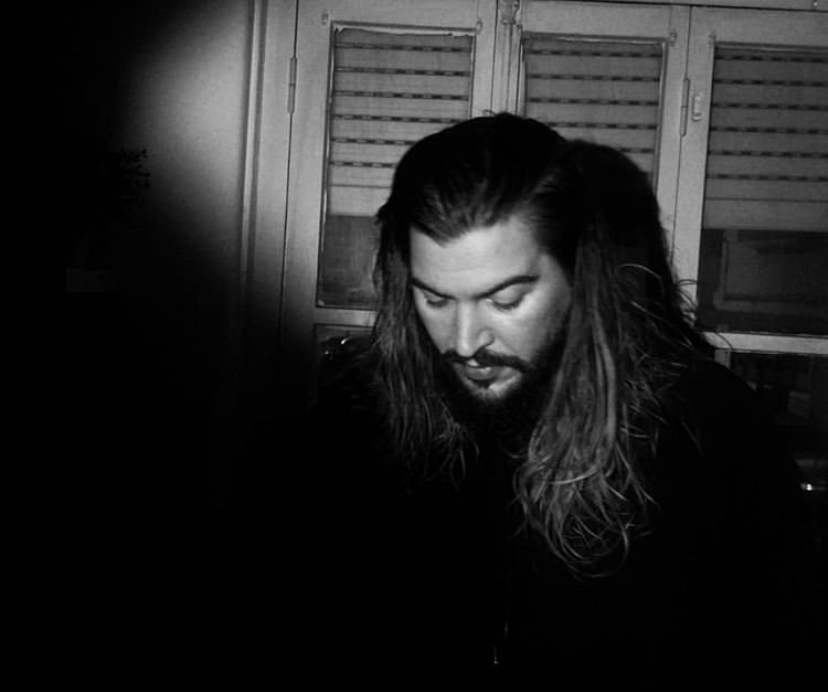 There’s no shortage of artists releasing music daily. Countless records coming out to get your attention, but some music slows you down and makes you listen for every second. Having a certain quality that you can’t just hear from anyone, and know this artist has something distinct from the pack. That’s what XANDE has, and his special touch shines on his latest release “NO MAN”. XANDE was gracious enough to take time to answer some questions for us. Below is the interview!

Who is XANDE the artist?

First I´d like to say thank you to “Global Money World” for supporting independent & unsigned artists like myself!
I’m a Dark Alternative Pop singer,songwriter & music producer, I was born in Setúbal, a small fisherman town by the coast of Portugal, I’m a son of a schizophrenic father with PTSD caused by war and of an hustler amazing mother that never left us.

Still I was raised in a heavy environment and a bit hard to explain … growing up next to a mental-illness like my father’s, leaves us a little more “out/off” feel that you don’t belong anywhere, that nobody understands you and it’s normal they don’t cause they never dealt with a situation like that but for a young kid it’s hard, most days you feel abandoned and out of place.

Growing up in a house where the blinds had to be down & the lights had to be off all the time, songwriting became a lil different for me, it’s hard to write about superficial/material things when I don’t care about that at all, to me the only thing that matters is Love, Kindness, Family & Friends.

My lyrics are about Anxiety, self-doubt, living around mental-illness and toxic-relationships with the goal of reach people that are in the same situation that I was/am and let them feel they’re not alone in this, same way so many songs helped me and that way and still help me, like Joyner Lucas “I’m sorry” I feel that shit was written for me.

Something I say since I started singing back in 2000 I feel that “It doesn’t matter the music genre at all, a good song is always a good song” with that said I was in metal band for 16 years called “More Than a Thousand” so I started writing music cause of the Sacramento band “Deftones” now days I think my way of singing is still from Chino´s “Deftones”! I like intense melodies like movie soundtracks so I go get inspiration from Thomas Newman, Hans Zimmer and Sigur Ros! I’m into a Hip-Hop since I was a kid also cause Chino was from Hip-Hop School so that opened my mind a lot,

I started listening to Cypress Hill “Rockstar” and I fell in love, now a days I’m a huge fan of Travis Scott, his track “SkyFall” inspired me to right my first Xande´s song called “It Is What It Is” I also love how Kanye West uses Auto-Tune which I fuck with that too on my songs!
My secret weapon for all of this to happen is my producer Filipe Survival (Rich da Kid) he’s the shit!!! Without him this would be way harder to achieve! Make sure to check him out on IG @filipe_survival

What was the creative process for your new song “NO MAN”?

I’m a guy with opposite tastes in the art world, I love horror movies like “Evil Dead” “The Ring” as I’m a sucker for romances & dramas “Meet Joe Black” “The Notebook” and you can feel this energy a lot in my music, I think it’s a reason that many people don’t quite understand what they’re feeling when they hear some of my songs BUT that’s the main reason that people who like my music really dig it!

“No Man” is one of those songs, me and Filipe were having a bad day musically, we didn’t like anything we were creating, after hours of trying and minutes of silence he started a beat just for fun and I was still feeling down, I started to think I wasn’t good at anything, a stigma that many people suffer including me, self-doubt! “No Man” came out with a sexual vibe to it but the intention behind it remains the same, believe in yourself! You are more than enough! You´re perfect to me

How does it feel now that “NO MAN” is out for people to hear?

To be honest I was super nervous the day it came out man cause it’s such a different song, the vibe is so intense that I was afraid people could be like (I don’t understand this!this makes me feel anxious) but then I was super happy with the fans and friends reaction to it! People are sharing like crazy, saving and adding to their playlists, it means the world to me reaching out so many people! There’s no problem on being different guys! Some won’t fuck with your shit but some will be inspired to create their art and others will have a better day at their work cause you’re keeping them company with your art! Shout out to Sylvester Stallone for writing movies and stories that I relate and kept me company since I was a kid! And rest in peace Robin Williams still keeping me company man

I wanna take them on a journey! I want people to feel something real, to not be afraid of being their true selves, you can create, be or feel whatever you want (except being a bully and hurting others that’s not cool) and that’s it to be honest man, I just super grateful to the ones that support me, for backing me up, for giving me this chance of creating my thing, my style, my story.

Don’t be afraid of asking for help! Start with your friends, ask them! They’re you’re friends!!! I know some times our big supporters are strangers and the haters are in our circle of friends BUT still ask them anyway! The “No” is always certain so you got nothing to loose you know what I mean. Be nice and respect everyone even when they’re not into your music, always remember that right now somewhere around the world there’s a person that feels dumb as shit for saying “NO” to “Drake, “TheWeeknd”, “Beyonce”, “Metallica” you name it! They all heard a cold heartless NO before, so keep going and when you have a down day, please allow yourself to be down for the day, there’s no problem with that! We´re humans!

What’s next for XANDE?

I got a new single “Highs and Lows” coming out May 29th on YouTube and all digital platforms.
After that my debut album “Maybe Different Is Not So Bad” is coming out on June 12th 2020.
Follow the link to PRE-SAVE: https://ffm.to/maybe_different_is_not_so_bad
I got a bunch of songs already lined up to record after the album comes out, also I’d love to collab with other artists, so feel free to hit me up at my socials!

One thought on “XANDE Goes in Depth on Career, Influences “NO MAN”, and his Future”