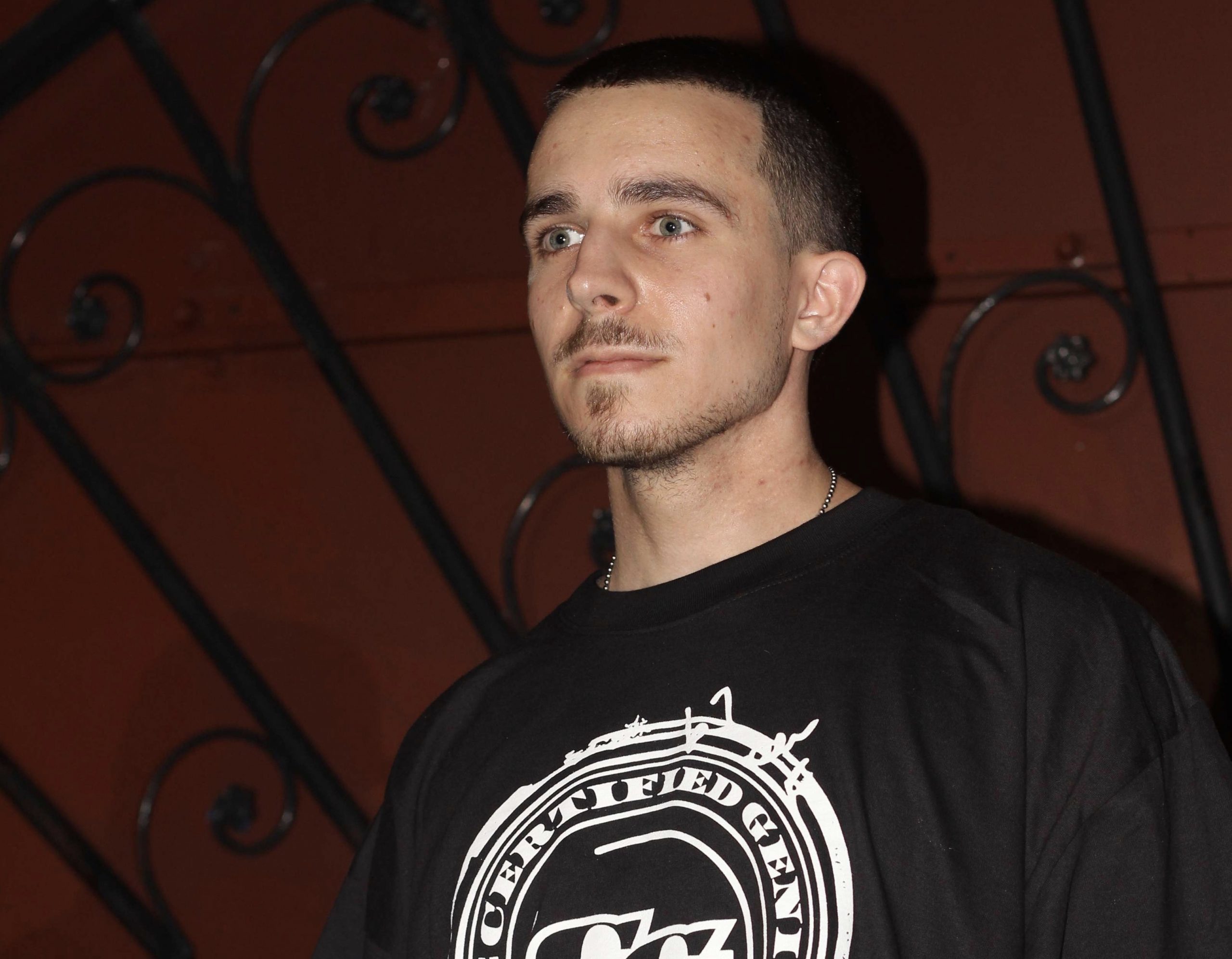 If rappers are authors, then producers are illustrators of our time. Crafting imagery musically that paint’s a picture for the listener to digest and connect to. A producer with a sound you can connect to is C.G., A super talented producer who embodies the golden style of Hip Hop production that shines bright on his new project “The Certified Genius”. He was gracious enough to take some time to answer some questions for us. Below is the interview.

Who is C.G. the producer?

At my core I’m just a regular dude who likes to listen to and make music that I enjoy and hope others will enjoy as well. I’m a producer and engineer who goes by the name of C.G. because those are my initials. I’m introverted and don’t do well with attention on me or being in the spotlight but here I am.

My influences vary depending on what music I’m listening to at the moment; it could be Tupac, Eminem, Johnny Cash, Nirvana, Metallica, a film score, it just really depends on what kind of space I’m in. But for the sake of sticking to production influences, I’d say my top is Dr. Dre; his work on 50 Cent’s Get Rich Or Die Tryin’ and G-Unit’s Beg For Mercy inspired me to start making beats of my own. I’d also have to credit J Dilla with being an influence as well, even if just off the strength of the fact that this man made his Donuts album from a hospital bed and didn’t let his hardships in life hold him back from going after what he wanted; I can’t help but admire and respect that kind of determination.

I can’t say I ever try to go out of my way to incorporate any of my influences into my music but I’m sure it shines through a bit organically; for example I never sit down and say “today I’m going to make a Dr. Dre beat”. I just let the music flow and it comes out however it comes out. I’m really not into chasing trends but I’m sure some of my influences can be heard in the tracks I make when you listen to the final product but I’d like to think my overall style is pretty original. I have been told I have a bit of an “epic” or “cinematic” sound, so I’ll go with that and credit that to my love for movies and film scores.

What was the creative process for your new song “Angels”?

I made “Angels” using a sample I downloaded from Tracklib which is an amazing service that every producer who samples should become familiar with because I was able to clear this sample for $50.00 through them. Anyway, after downloading and chopping and arranging the sample, I filtered out the low end of the sample except on the tom rolls, added my own bass, drums and keys on top of it. From there, I sent it over to Rock to lay down the hook.

I had the title of “Angels” from the jump and the one thing I wanted to avoid was having a cliche song about “sending your enemies to become angels” but Rock came back with this brilliant concept of “gangsta guardian angels” that kind of reminded me of the movie Boondock Saints in a way. Guilty laid the verses shortly after that and then from there I mixed and mastered it myself. This was actually the first song from The Certified Genius that got finished last October and I considered releasing it as a single until I thought of putting a full project together with this being the final single.

How does it feel now that “Angels” is out for people to hear?

It feels great; Rock and Guilty Simpson are two artists I listened to when I was much younger and before I got into music so hearing them over my production is a bit surreal to say the least. It feels good being able to share this song and the full The Certified Genius album with everyone because I’ve been working on it for many months now so getting feedback and hearing people’s reactions is priceless to me.

That you should never give up on going for what you want. I actually took a bit of a hiatus from music in 2014 or 2015 right after landing a pretty nice film placement, all the way through 2018 or 2019 and I kind of came back with a vengeance. So I would encourage any and everyone who listens to my music to find something you love to do and go for it 110% with no excuses.

Have a budget, and that goes for artists and producers. I’ve released a few projects prior to this one with minimal funding behind them and they didn’t go that far. This project is being properly funded and receiving the kind of response I think it deserves. This is the era where independent artists and producers can flourish if they play their cards right so I say go for it. I don’t think there’s any shame in working a 9-5 and using some of your income to help fuel your dream, it really takes money, talent and a strong work ethic to go places in this industry.

Great question. My plan is to keep pushing The Certified Genius as long as I can. From there, I definitely want to release another project, maybe next October to coincide with Halloween, my favorite holiday, and have it have somewhat of a horror theme to it. It would also be fun to team up with an artist and either put out a project together or really work together on trying to take over and build something special; that’s definitely a goal of mine. But the show is going on either way, I’m continuing to reach out to artists and always looking for new talent to work with.

Check out C.G. “The Certified Genius” and follow him on social media. Stay Global my Friends!