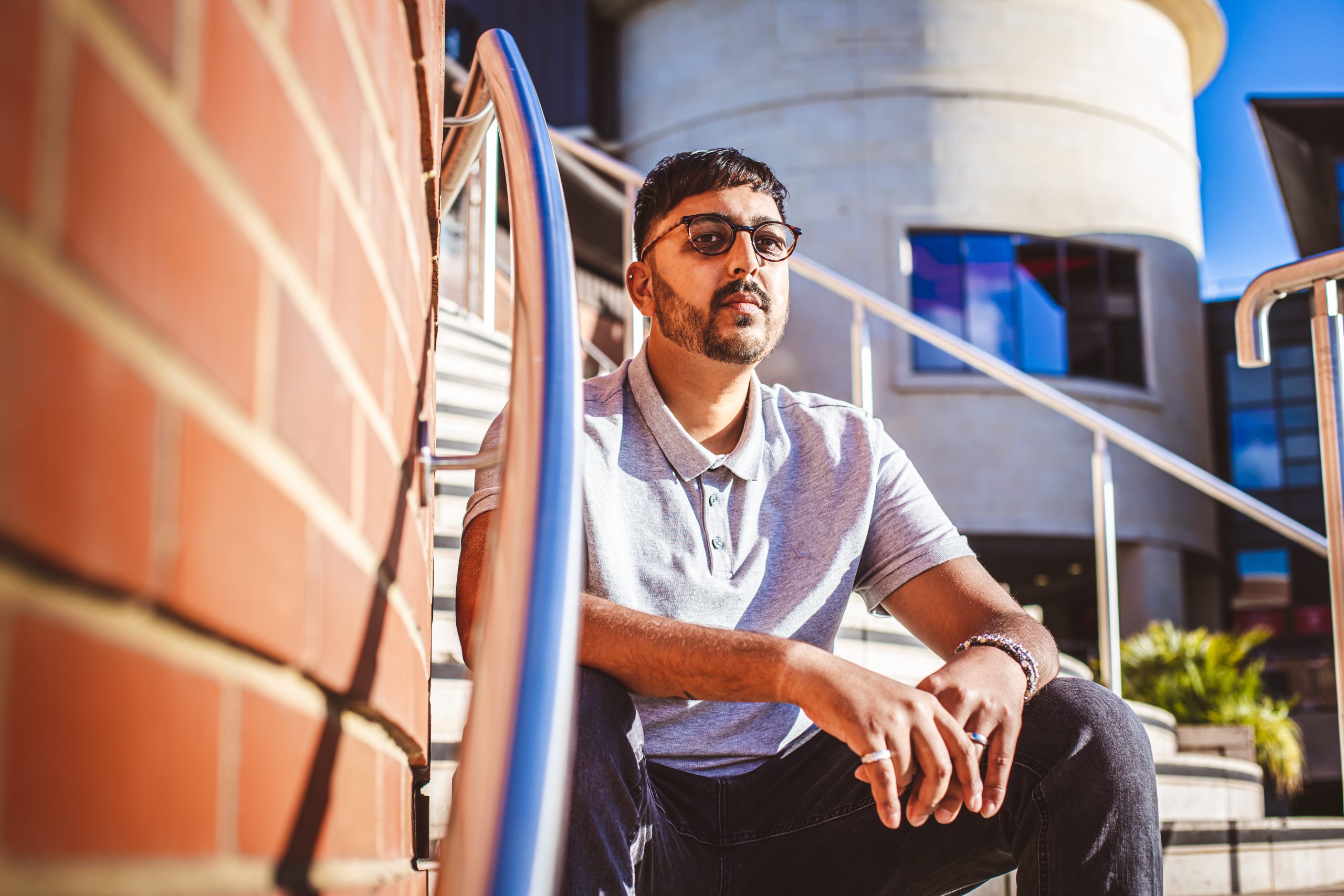 The ability to be daring in your artistry is something always helps push the culture forward. Creatives believing in their sound to the point they want to push it, to it’s furthest destination is something that always makes music fun to discover. The willingness to dare to be great is what you can hear when you listen to Kingdumb’s new song “Dancing With The Devil”. A record packed with an innovative and fresh style that you can’t find anywhere. He was gracious enough to take some time to answer some questions for us. The spotlight is on Kingdumb!

Who is Kingdumb the Producer?

The name Kingdumb comes from the fact that sometimes I feel like a King, and inversely feel like I’m dumb at times! I am a British born Asian who wants to make people dance – via my own music and by performing / DJing. The Kingdumb sound is varied, and has been evolving.

In the early years, production actually started on a game I used to play called Music on the Playstation! But earlier than that I used to play an Indian instrument similar to a piano called the harmonium. I moved to computer based production at a very young age, and from there I kept moving forward and invested in what is now my studio in a converted garage.

I use Ableton Live as the main audio workstation with a whole heap of instruments and effects plugins. I love Live, the workflow is just so smooth and you can execute ideas without the software getting in the way. I’m getting to grips with the creation of live performance of my own music ‘on the fly’ at the moment – this will develop over time and Live is a key enabler for this. Software wise there are a few gems I have that are go to methods of manipulating and changing sound, everyone has their own versions of these for what they think sounds good. I use Native Instrument’s libraries for various instrumentation because the recordings of the sounds are mostly really well made.

I use Massive X, Serum and occasionally Massive due to the number of waveforms available and sound sculpting options. The way they have built the software in all of these are super intuitive too, which I like. These are all some of the best pieces of software, you can do amazing things with them and there’s a reason for them being renowned. I have used FM8 a little in the past too, I do like FM synthesis because you can create very precise and powerful tones, but I do feel wavetable synthesis is just as powerful now. I’ve got a Korg microKORG hardware synth, and a vintage Kawai synth if I want to switch up my workflow and try something to break up a ‘standard’ way of working which is purely computer based for so many people. There are a few other bits but I won’t go into the ‘special weaponry’!

What’s your creative process for creating “Dancing With The Devil”?

I have created an environment that allows me to get into flow state very easily. To be honest many of my sessions I don’t remember all of the details as I’m so deep in production. But for ‘Dancing With The Devil’, the key was providing a throwback but using modern production techniques. A lot of the time, I start with drums, and I let the rest just follow, depending on which ideas come first. The bulk of the work was done in two sessions, one to make the music, and the other to mix the vocal and get everything sitting right. There was a separate session to record the vocal. Once everything was in place and the arrangement was done, I made sure the mix was right, but to be honest even since making that track I’ve learnt a lot and the new stuff is sounding even more refined.

My favorite project so far is probably working on ‘Lyrical Plan’ with MC DT. It was a bit of a personal milestone – he’s had a number 1 tune in the UK Charts and pretty much everyone knows his hit here in the UK, but more than that, I grew up listening to a lot of underground UK music which he was a part of. He came to my studio to record, but to be honest we just hit it off as humans, that’s what I liked. He was really easy to work with too.

There are a few, but right now it’s Pharell, Erykah Badu and The Prodigy. Pharell has a certain energy around what he does, and isn’t just a vocalist / singer, he’s way more than that. Erykah has so much soul, I want to expand to making a real variety of music longer term, and would love to see what my production at a slower tempo could sound like with her voice. The Prodigy are the ones who really got me initially hooked on electronic music. They pushed boundaries with sound in the early days and were so far ahead of everyone else – to work with them would be awesome.

I have a track called ‘Undeniable’ which drops on 5th June followed by more singles. I’ve got so much music its mad! There’s an album with a unique concept I’m working on at the moment – its 90% there. I’ve also got a collection of work which gives a big insight into my story – one of a British born Asian exposed to both working class and middle class lifestyles. As soon as the lockdown is over I want to be out there DJing and maybe performing a live improvised show at some point. I’m doing a couple of other things, but won’t say too much on that for now!

Check out Kingdumb “Dancing With The Devil” below and follow him on social media. Stay Global my Friends!