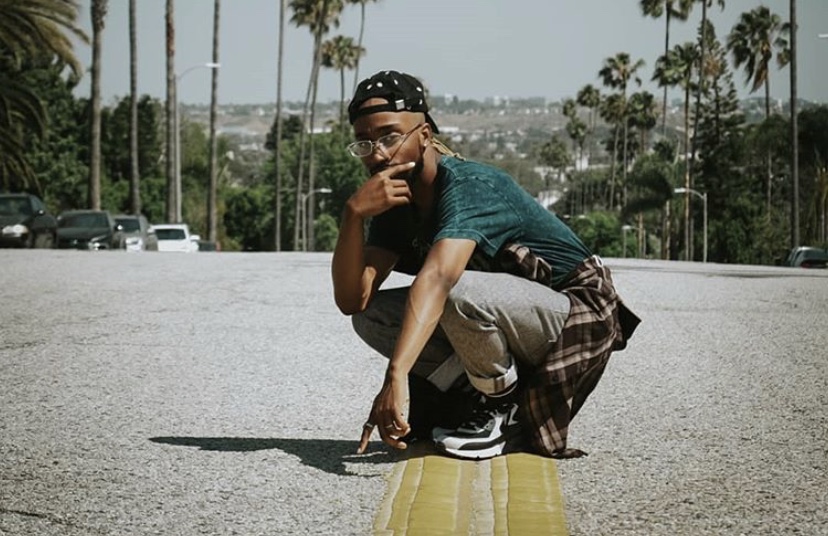 One of the most refreshing things to hear in Hip Hop is soul. That music that you can throw your headphones on, and vibe forever to. That type of music connects to you in a real way and becomes the soundtrack to our lives. That’s what Craigthe2nd brings in music. We got to hear his genius on his new song “Rebirth” and wanted to know more about this talented artist. Below is the interview.

Who is Craig the 2nd the artist?

CraigThe2nd is a disciple of the son, moon, stars, and earth. CraigThe2nd is a student of growth, life and death; a human being having a human experience and trying to make sense of its entirety through a creative outlet. CraigThe2nd is a poet, a visual artist, a challenger of perspective, unafraid, a ponderer, and ultimately a conduit for light and dark.

When I began, just like every artist, I looked up and admired those who I found most impressive. They had to be consciously Introspective with an insane ability to alter perspectives. They were risk takers lyrically, and set the bar high for Hip-Hop as an art form. Those artist to me were Tupac, Biggie, DMX, OutKast, Nas, Lil Wayne, Eminem, Mac Miller, all of early TDE, Chance The Rapper, and a lot of others I wont list. Circling back, They Influenced my song structure, how I thought about my vocal tone. They Influenced how I looked and moved when I rapped.

They all molded me in such a powerful way that I am sure they live inside my method and craft today. Even though this may be so, I grew past having artist’s I borrow technique from, and started finding influence in life. Life has been my biggest influence as of today in the way I make music. The daily conversations that I have talking to loved ones to random conversations with complete strangers inspires my songs now along with traveling, and having new experiences.

What was the creative process for your new song “Rebirth’?

It wasn’t necessarily a process… See me and my girlfriend eat a 10 mg eatable that day, and while we were lifted sitting on her bed we conceptualized the idea of being reborn into a better you. I played the instrumental by Versus Beats and thus the hook hit me! “Hold Up Let me ditch this rotten carcass its time for my rebirth!”. I wanted to make a anthem out of celebrating a new found spiritual awareness! After that I pitched the idea to the homies TARIQ & Jamal Lyndell and the rest was history.

How does it feel now that “Rebirth” is out for people to hear?

Refreshing.The Album took so much out of me physically, mentally, and spiritually and now I feel like my mind is allowed to  make a new project! Also I think the principles and ideas set forth in this project are key concept to think about in these times. I forced the release of this project, because I thought what we had to say is what needs to be heard in the day in age where humankind is now suffering from its previous decisions focusing only on greed and production. We are in thirst for new answers, a change,  a rehashing of a whole new system of existing. Something that will revolutionize us all in a clearer more focus direction. A rebirth.

I want my music to be mirror for the men and women of the planet to allow them to reflect on their-self. I want people to have their own self discovery and my music to be that comfort of knowing that someone else is going through all of this with you.

More growth, the journey is never finished. I will continue to challenge perspectives with all of my creative outlets in hopes of spreading my message through any platform that is open to it. Thank you guys for this opportunity. Peace.