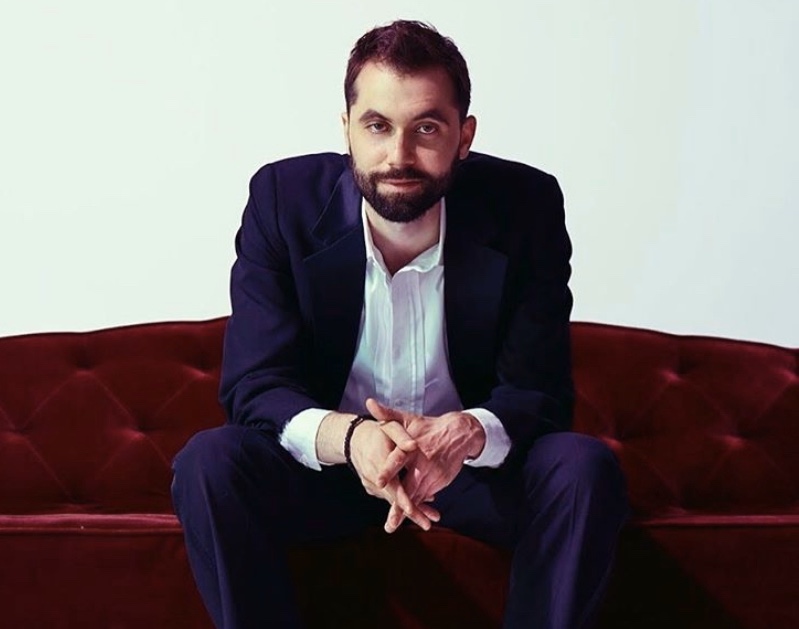 Music can touch you in so many different ways for, so many different reasons. Hearing something that has familiarity to it, is something that always helps. That’s one of the many reasons we like Alexi Paraschos new song “Mine” that takes you back to the days of Michael Jackson’s “Off The Wall”. The fresh approach to the classic sound, worked wonders and made us want to know more about the artist. He was gracious enough to answer some questions for us. Below is the interview.

Who is Alexi Paraschos the artist?

I remember hearing the opening piano line of Kirk Franklin’s “Hosanna” while driving out of the parking garage at the mall where I had just bought his “Rebirth of Kirk Franklin” album; and feeling like I was hearing what joy sounded like. I remember having India Arie’s album “Testimony, Vol. 1” on repeat when I broke up with my first college girlfriend to help me through a tough time. I have always tried to learn from the music that has moved me and I do my best to write and create music that touches others in the same way.

I love older 70s and 80s music (Stevie Wonder, Bill Withers, Michael Jackson, Prince) as well as current artists that have a similar but contemporary feel to their sound—PJ Morton, Kirk Franklin, Bruno Mars, Janelle Monaé, and Anderson Paak. There’s something about the sound that feels so fresh but also recognizable and familiar. With this album, “Love Odyssey,” we wanted to create something that had the groove of an MJ “Thriller”/”Off The Wall” or a Commissioned album, but that also had musical aesthetics that could fit with Travis Scott and Tyler, the Creator.

For the album visual (which you can watch here), we were inspired by the incredible visual album, “Whack World,” from fellow Philadelphian, Tierra Whack–which was how we ended up with the mini-video idea. We incorporated the “love” idea into every video by making each location a different “date” spot that everyone could relate to (a movie theater, arcade, restaurant, etc) and we focused on couples in each one.

Lastly, I wanted to pay homage to my Greek heritage by incorporating symbolism from Homer’s original Odyssey–so each video represents one of the obstacles that Odysseus faced on his journey: the cannibals, the cyclops, Circe (woman who turns men into pigs), the sirens, etc. I love art that has multiple levels to it, and that was what we tried to do with the album visual.

What was your favorite part of creating your new song “Mine”?

I enjoy the story behind it the most. I had just gotten back into dating and signed up for a dating app when I began messaging this person that I really clicked with. We kept talking and, just three days later, I was sitting on my couch and got this idea for a hook in my head. I sat with my guitar and in an hour, I had the whole song completed. I didn’t play it for her right away (I didn’t want her to think I was nuts!); but a few months later, as we got closer, I finally got up the courage to play her the rough recording I made. She not only said she loved it but added, “that’s gonna be your next hit!” And that woman is now my fiancée! It’s still her favorite song of mine, and I’m glad it can be the lead single for the project.

How do you feel now that “Mine” is out for the people?

I’m very excited! We’ve been working on this project for over a year, but “Mine” was the first song I had written on it, so it’s cool that it is finally out.

For this album in particular, I think it’s appropriate for the time we’re living in because, even though it’s called “Love Odyssey,” we shot the entire album visual in one room! And the album, I think, encourages lovers and partners to experience a journey no matter where they are. Whether they are laying on the couch on a Sunday afternoon or traveling around the world (or quarantined together for months at a time because of a global pandemic!), “Love Odyssey” shows that the journey is all about who you are with and not where you go.

What’s next for Alexi Paraschos?

We’re just getting started with the release of “Love Odyssey,” so I’ll be focused on that for the next few months. After the singles and, eventually, the full album comes out—and after we get out from this global lockdown—we hope to take these songs on the road and really put on a powerful live show that celebrates love and relationships….especially in light of everything that’s going on right now.

Check out Alexi Paraschos “Mine” below and follow him on social media. Stay Global my Friends!