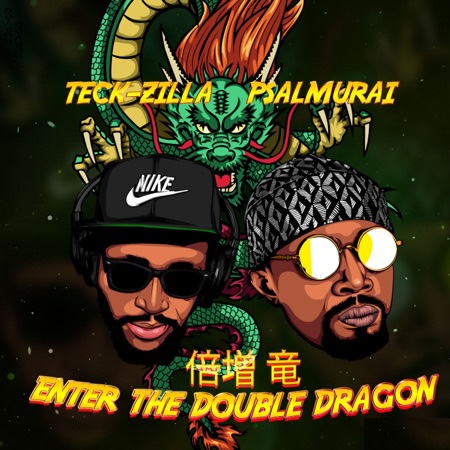 No other genre is as criticized as Hip Hop. There’s always a debate on the integrity of the culture and the quality artists bring to the table. Hip Hop can be trendy a times, as well as watered down, but Hip Hop can always still be beyond words, with so many elements being able to make music like you’ve never heard. If you want to hear that real Hip Hop then listen to the new song from Teck–Zilla and Psalmurai on their new video “Soul Calibre/ Samurai Dreams”.

Teck-Zilla and Psalmurai takes you back to the golden age as they shine in the new video “Soul Calibre/ Samurai Dreams”. The production has a ruggedness to it that’s artful, creating a vibe that’s reminiscent of the first time the killer bees flew through your speaker. The rhyming is impeccable and kicks superb lines in every direction before the beat swtiches.

When the next record starts the production keeps the same vibe but adds, a sophisticated touch that makes everything have a certain level of elegance to it, that makes the rhymes have luxurious feel while the rhyming floats on another level to wrap up this classic.

Teck–Zilla and Psalmurai “Soul Calibre/ Samurai Dreams” is an instant classic that makes everything right in the culture. It’s a record with high integrity and high engaging elements that make it a record you can’t turn away from. If you want to witness a Hip Hop masterpiece, check out this record now.

Check out Teck-Zilla and Pslamurai “Soul Calibre/ Samurai Dreams” below and follow them on Twitter. Stay Global my Friends!