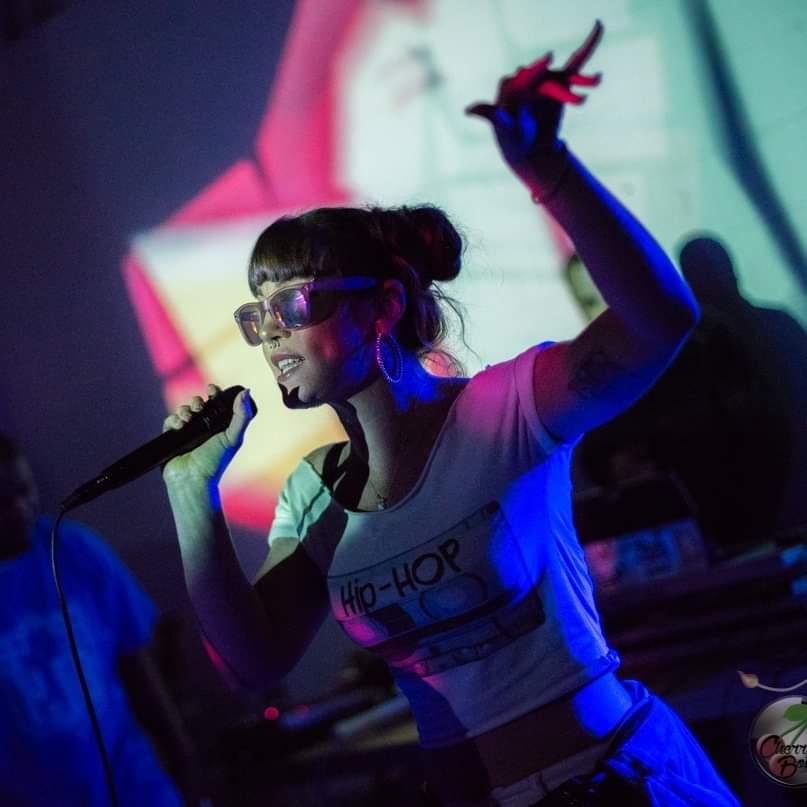 Many people make music but not too many understand the art of making music. It’s not just good beat and good vocals. It also takes authenticity and bringing and exciting style to the music that makes it engaging. La Purp has one of those exciting styles.

On her latest release “Hop In” you get a full glimpse of her engaging style that keeps you rocking for every second of audio. She was gracious enough to take time to answer some questions for us. Below is the interview.

Who is La Purp the artist?

I am just me, a creative being absorbing the metaphysical and physical world around me and interpreting the images and vibes that resonate through music.

I have a very eclectic taste in music. I draw from many places.  I suppose some that I think of immediately are Yelawolf, Aaliyah, Etta James, Johnny Cash, UGK, and ICP who was a big favorite of mine growing up and I still love what they do.

My influences get incorporated naturally, it just comes out of me. I don’t actively know that’s what I’m subconsciously doing at the time until I look back on it later. I’ve just always listened so closely and it all becomes a part of me in some way.

What was your favorite part of creating your new song “Hop In”?

I love recording, the vocality of it. I also love writing period. On this I think that goes hand in hand as I wrote alot of it as I was recording it.

How did you know it was time to release “Hop In”?

Hop In was actually the first fully structured song I ever wrote years back. I rewrote most of the verses recently, but kept it in the same spirit that I wrote it about. It’s something I knew I wanted to give to the world, but kept it locked away. I wanted to start my new year (birthday) off right with my debut release and it is the first single off of an upcoming album.

Self- expression.. I want my music to embody every range of emotion there is to experience in a very colorful way that also provides a way to escape reality while confronting it.
And that its not too late to accomplished the dreams chained to your heart even if life has thrown pitfalls in your path every step of the way.

What’s next for La Purp?

I have my debut EP “Brick By Brick” ready to be released in the summer 2020.
I plan on releasing tons thereafter and in a much quicker fashion as well as doing plenty of touring , you will be seeing much more of me!