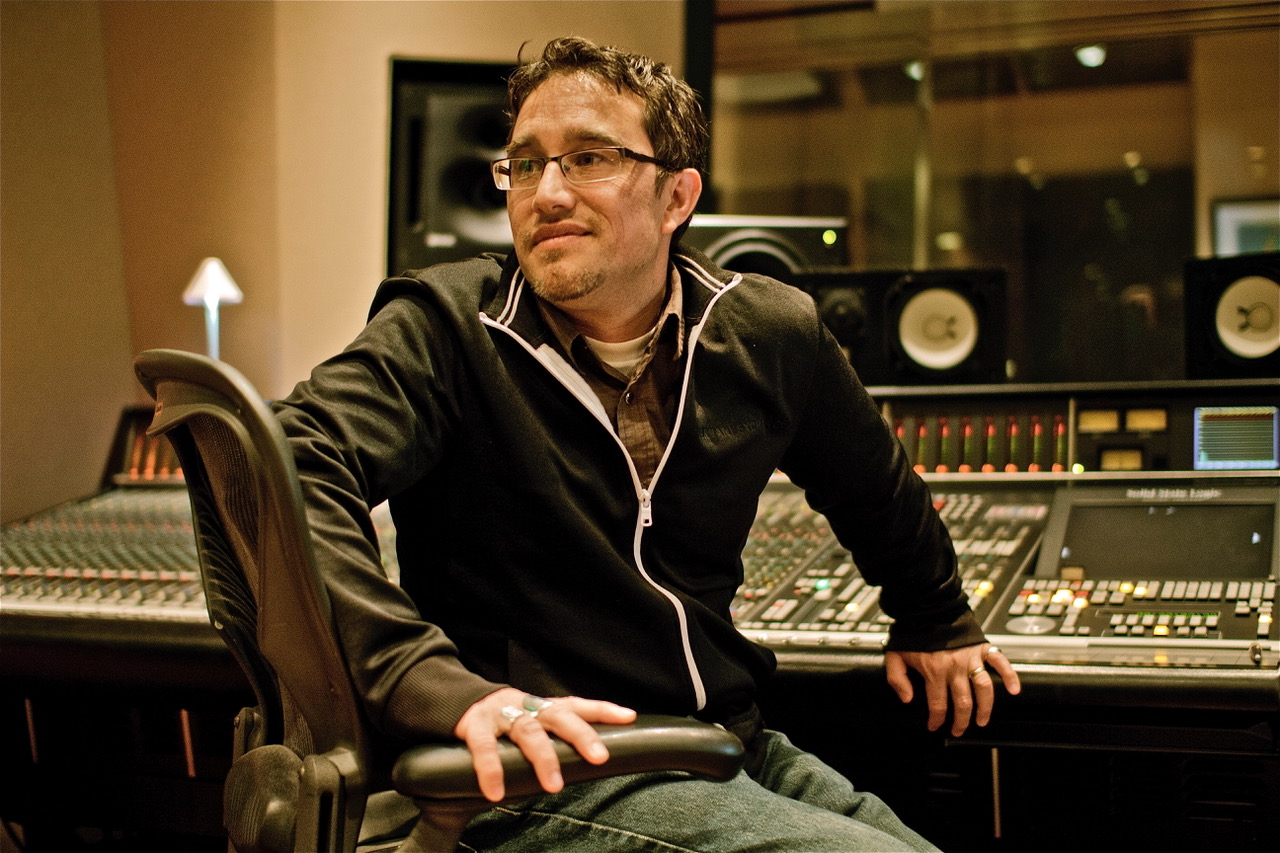 One of the most refreshing things about hearing music is creativity. Music that is layered in amazing ideas, that you can hear running wild out of the speakers. It’s that type of music that is super fun to enjoy and when we heard PC Muñoz new song “Dollar Store Steak” we had to know more. He was gracious enough to bless us with an interview talking about his work. The spotlight is on PC Muñoz.

Who is PC Muñoz the Producer?

I’m a big believer in pursuing an original sound, and in letting improvisation and aleatoric processes come into play while creating. Also, I’m not a purist. I love working with live, virtuosic musicians and I also love beat programming, apps, and toy instruments.

I think it has to do with being a drummer. From the drummer’s chair you gain a keen sense of structure, dynamics, and momentum — all important things in the big picture of producing. People started asking me to help with production after my first few albums — I guess they could hear a specific approach.

In the mid-2000s I was on the production staff at a record label in San Francisco, Talking House. I produced a number of artists there, and one of those projects, “Strange Toys” by the composer/cellist Joan Jeanrenaud, was nominated for a GRAMMY. I went on to make two more albums with Joan and a lot of people heard about me through those projects as well as my solo work.

I get asked this a lot.  I prefer to work in studios, and typically for electronic stuff, I use ProTools. I build tracks right in ProTools — I don’t have or use an MPC. I’ll use several sound libraries, and when creating beats or grooves I almost always add live, non-electronic percussion to the track. I like to explore different apps like iMaschine for idea generation as well. At home I use GarageBand to sketch ideas that I will later flesh out in the studio.

Like the rest of the world I’m on lockdown here in San Francisco and unable to get to a studio. So this track was exploring how I could achieve the sounds I’m looking for with the minimalist recording situation (electronics, one mic, no outboard gear,) I have at home. I knew I wanted to make something funky, loose, and not as word-heavy as my usual stuff. I was thinking about Parliament’s “Flashlight” and disco songs like “The Hustle” where there are occasional words but not a typical lead vocal.

I was inspired by working with the iKaossilator and started layering all kinds of parts in GarageBand – both electronically and acoustically (live cymbals, shakers, etc.). I sent those tracks to my colleague Willie Samuels (who is also here in California) to mix in ProTools, and then Chuck Zwicky mastered the track in his Manhattan studio. I could not have recorded or released this track without modern communications technology!

I always say “the next one”— that’s always true.

I’d love to work with Kishi Bashi — I think he’s really inventive and we have some significant things in common. I’d also like to work with Miley Cyrus; I like her technical ability and open-mindedness quite a bit. I’d love to play a gig or make some kind of record with Archie Shepp; he’s an important figure for me.

What’s next for PC Muñoz?

Music-wise, I have quite a few collab tracks in the queue, and I’m working on an exciting joint project, Black Pacific, with my RIGHTSTARTER partner, the rapper DEM ONE. On the personal tip, like everybody else I’m just trying to safe and well and am looking forward to being able to go out with my family and friends again.

Check out PC Muñoz “Dollar Store Steak” below and connect with him as well. Stay Global my Friends!