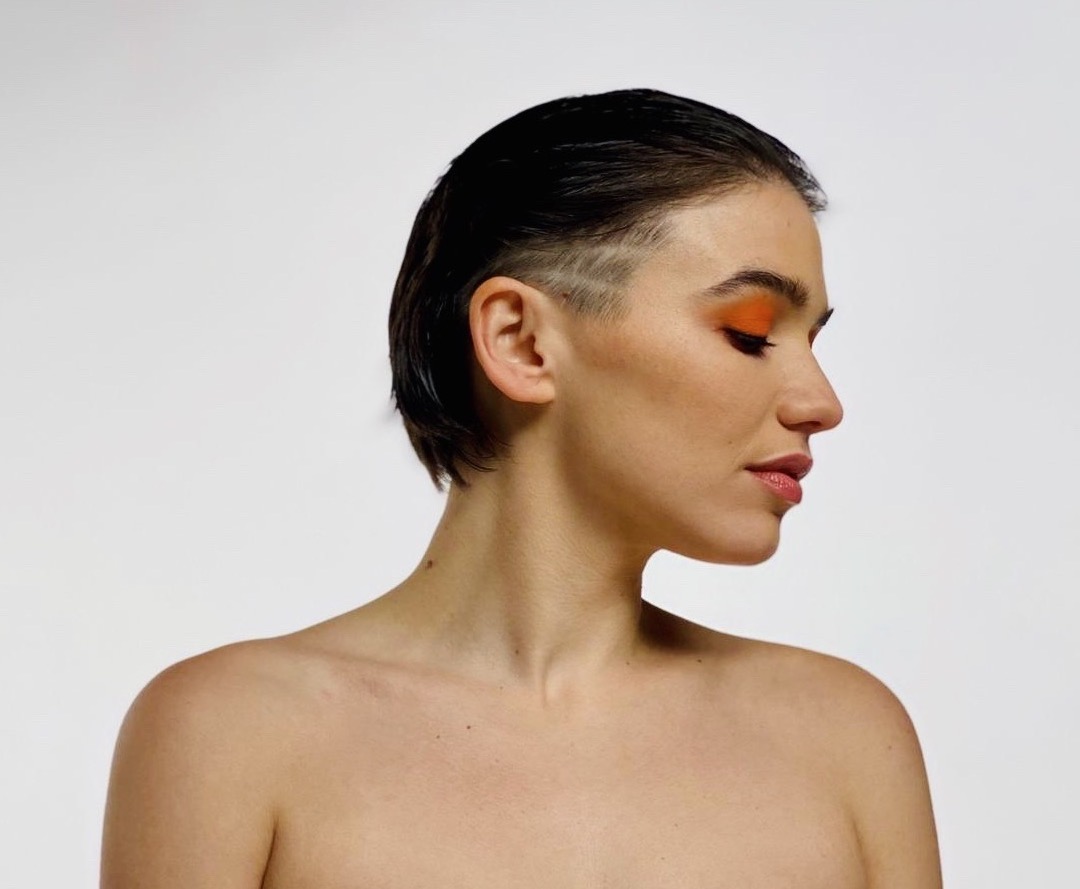 Music is so many things. Something that is powerful and can be so inspirational. It’s artist who understand this power that changes the world. FLAVIA understands the power of music and delivers a masterpiece with the new video “THEM” that was released on March 31st, the Trans Day of Visibility. It’s a video that is empowering and has a message for all. FLAVIA was gracious enough to take to answer some questions for us. Below is the interview.

Who is FLAVIA the artist?

Well I grew up in Ireland and Italy, though I currently live in L.A. I’m a queer artist, and activist. Most of my activism comes through my music in some capacity. I think music has the power to change the world, and I feel like my purpose on this earth is to “heal your heart with my pain”. I feel lucky enough to have music and my art as an outlet to deal with and process my emotions, and I want to use that to strengthen and heal others around me.

When I create music, it’s really important for me to make art that positively impacts people, that can bring us all closer together, even from a distance.

I listen to so much music but when it comes to how that music influences me, I’m more of a sponge. I feel like I take it all in and it gets processed subconsciously and then somehow those influences come through in my music without me being consciously aware. I have such deep love and appreciation of all kinds of music but I really love lyrics and melody and digging deep into what an artist has to say.

I think that’s why it’s important to me that my music has a profound message behind it. All my songs have been attached to an important cause whether it was anti-bullying, my coming out as Queer, or standing as an ally to trans people for trans rights.

What was your favorite part of creating your new song and video “THEM”?

This is almost an impossible question. Every step of the process was so different, and gratifying in different ways. I wrote the song in a few hours with some pals of mine: Katie Hargrove, Aaron Berton and Matt Crawford. After that I finished producing it over time with Matt & Aaron, who I co-produce a lot of my music with. The song kept coming to life more and more until it was finished. We knew we had something special. After that I brought it to my creative visual partner, Basil Mironer, who directed the music video.

It took us weeks to put together a project of this magnitude. It was an almost 60 person cast and crew which I had never come even close to for any of my past music videos. It was an entirely trans/gender nonconforming/non-binary cast. Bringing almost 50 of the most diverse, beautiful humans together into a room and creating a safe space and sense of community was probably one of the most rewarding parts of this entire process. I am truly grateful for all the people that came together to make this video possible.

How did you know it was time to drop “THEM”

It’s not so much that I finally knew it was time, it was more that my personal experiences dictated that it was time. Several months prior to the release of “Them” I had started dating someone that identified as trans/non-binary. That relationship was the direct inspiration for this song, and it was through my time with them that I became much more aware of how mis/underrepresented trans people were in popular media. I wanted to work to change that. Though the song, “Them”, was inspired by a trans-masculine person, which is reflected in the lyrics, the video’s intentions were to be inclusive of the entire trans/gender nonconforming/non-binary community.

Through my time with this person, I learned how powerful language truly is, and how impactful a word choice can be for someone. Whether it’s delineating between the use of ‘chest’ instead of ‘breasts’, or using someone’s correct pronouns, it can be the tiniest shift in our language that makes someone feel seen, validated and respected.

My hope is that people will connect with this song/video and feel seen, understood, loved, or less alone because of it. That it will bring people together and help everyone realize that we’re all united in the fact that we are beautifully diverse human beings. We all deserve to feel seen and celebrated for exactly who we are.What’s next for FLAVIA?I’m working on an EP to be released in June for Pride month! All the music is centered around queer songs. Hopefully we’ll be out of quarantine just in time for us all to emerge as beautiful butterflies and celebrate the LGBTQ+ community together!

What’s next for FLAVIA?

I’m working on an EP to be released in June for Pride month! All the music is centered around queer songs. Hopefully we’ll be out of quarantine just in time for us all to emerge as beautiful butterflies and celebrate the LGBTQ+ community together!

Check out FLAVIA “THEM” below and follow on social media. Stay Global my Friends!