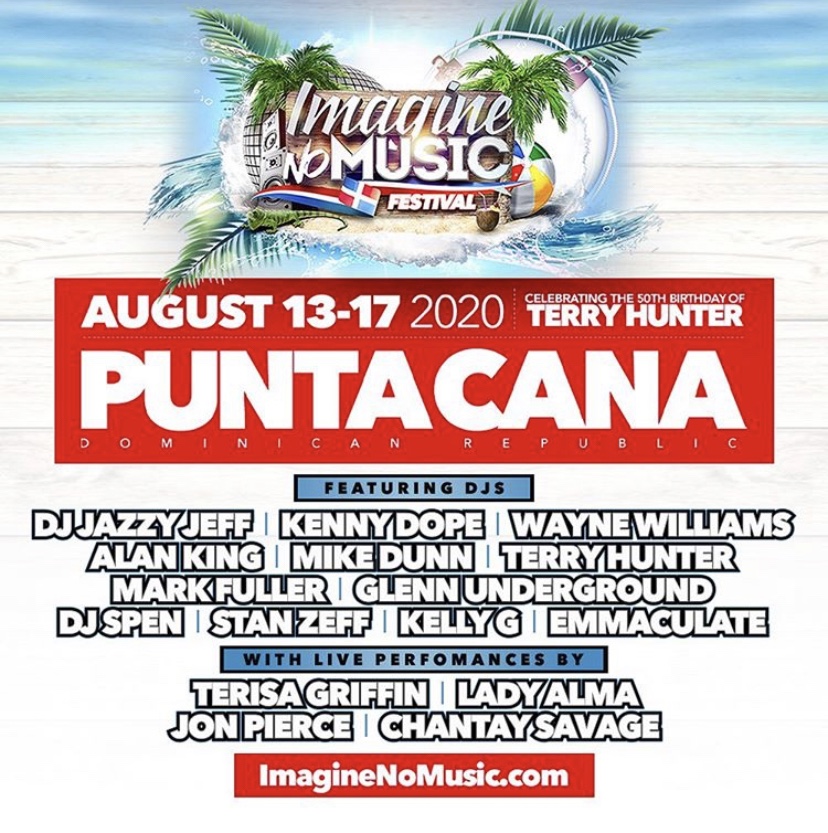 Grammy Nominated Producer and DJ, Terry Hunter, will host his inaugural music festival, The Imagine No Music Festival, in August 2020. The festival is a 5 day/4 night musical experience that will feature some of the hottest DJs and live performances in the genres of house and soul music coinciding with the 50th birthday celebration of Grammy Nominated DJ/producer, T’s Box’s Records owner and Imagine No Music’s founder, Terry Hunter. The 5-day festival will include music and events from August 13-17, 2020, in Punta Cana, Dominican Republic.

“Coming from Chicago, the birthplace of house music, this festival will feature many Chicago artists and entertainers in addition to internationally known DJs, Producers, and artists” –Terry Hunter.

The Barceló Bavaro Palace located on Bavaro Beach will serve as the host hotel for the Imagine No Music Festival. The Barceló Bavaro Palace is a 5-star luxury all-inclusive resort. This resort boasts of 11 restaurants, 13 bars, 4 swimming pools, and a full-service spa. In addition to the diverse musical performances, festival attendees will enjoy exciting activities, including a golf outing, fitness workshops, boat party, live cigar roll, pool party, and a variety of water sports such as scuba diving, snorkeling, kayaking, and windsurfing. Festival Accommodations are booked exclusively through Awesome Travel & Special Events, the Official Host Agency of the Imagine No Music Festival. Travel Package are available now on www.imaginenomusic.com and event tickets are on sale on Eventbrite.