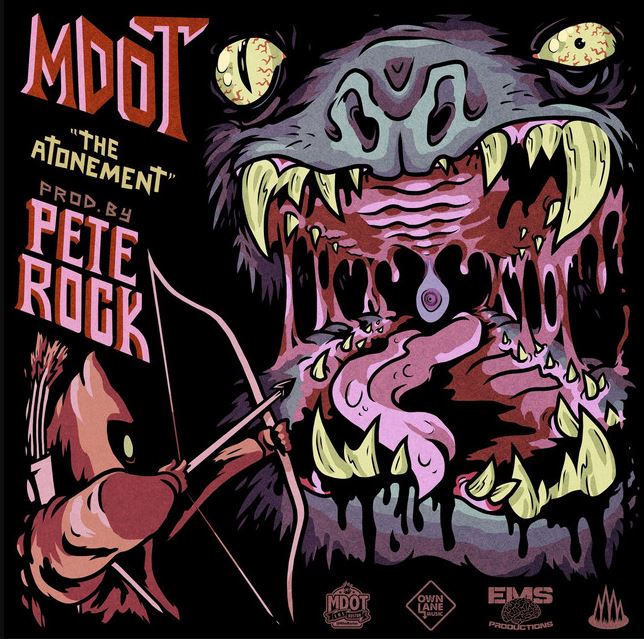 “This the moment, the TV camera need to cut away”

A heavy debate is the integrity of Hip Hop today. If emcees are still getting busy on the mic and stepping up with great content. It’s a debate that will probably never end but if you need proof that Hip Hop is full of life and it’s still emcees out here spitting that real then listen to M-Dot’s new song “The Atonement” produced by Pete Rock.

M-Dot and Pete Rock link up to breathe more life in to the culture on the new song “The Atonement”.  The production has a hard boom bap tone to it, that sounds like it was tailor made for an emcee to rip on it. With the stage set Sinatra puts on a show with his razor sharp pen while he drops bombs all over this track. The rhymes are vicious and fits his style that’s packed, with focus aggression to show he’s not the average emcee you come across.

M-Dot’s “The Atonement” is audio perfection as he puts on a show for his established fans and new fans alike. It’s that Hip Hop that is true to the culture, filled with edge and a willingness to go against the grain that pays major dividends for this talented emcee.

Check out M-Dot “The Atonement (Prod by Pete Rock)” below and follow him on Twitter. Stay Global my Friends!