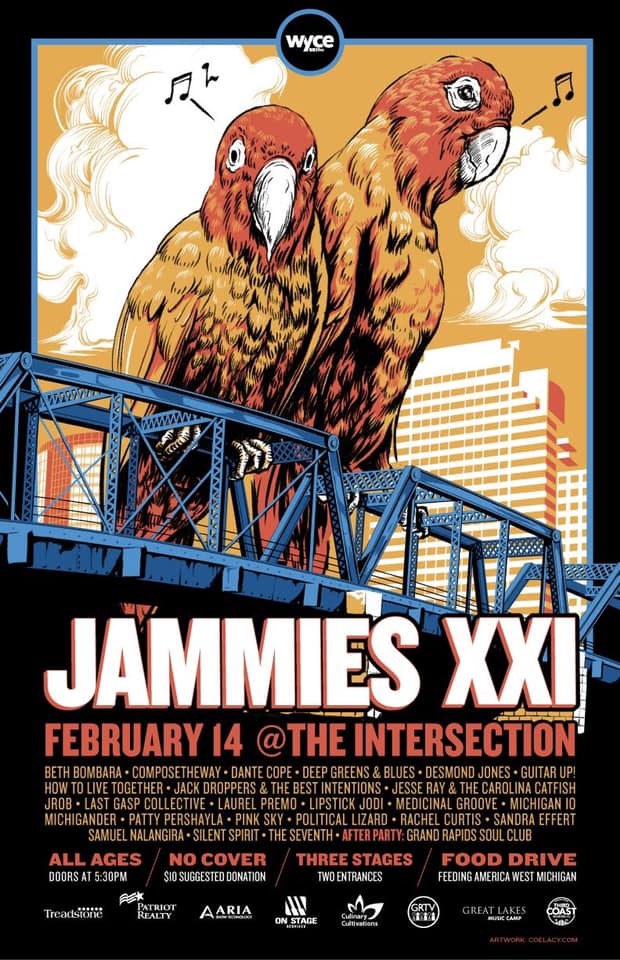 GOOD Music CEO Pusha T famously rapped on his critically acclaimed album Daytona “If you know, you know.” A phrase black circles for generations hung their hats on. Exclusivity and authenticity was and still is the name of the game. ”You have to dig to find that real ’ish’ fam.” But what happens when you’re digging only to find that you’ve been buried in the process?

13% of Michigan’s total population belong to African Americans. So naturally, when you’re discussing black representation in film, media, and in this case, music, those numbers shrink to the point where if you blink, you just might miss a super nova in your own backyard. Grand Rapids Collective AGO has accumulated well over 30 million streams worldwide with Sango producing a track for Frank Ocean in 2019. Rosewood 2055 has toured 14 countries w/ Legendary Detroit Hip Hop group Slum Village performing over unreleased original J Dilla beats.

Willie the Kid has classic records with Lil Wayne and even more classic albums, but for most artists here there’s a question. How do you make a connection musically outside your neighborhood when 87% of the population can’t directly relate to your story? Or the few with the proper infrastructure isn’t in the business of selling hip hop? A common conundrum amongst black artist in Michigan, but there is a shift happening towards a much brighter future.

WYCE 88.1 FM hosted their yearly awards show JAMMIES XXI this past Friday honoring the best and brightest talent in the music scene. Where in years past you might not see much black representation at the show, in recent years you see a full emergence of black artists such as Lady Ace Boogie, J Rob, and Last Gasp Collective go from not just winning best hip hop album but taking home album and song of the year honors. Creating history in a city where the KKK proudly marched 3,000 people in the streets back in 1925. Artist coming from the same areas and cities where a police officer was found with Confederate Flags and a framed Ku Klux Klan application in his home. That was 2019 for perspective.

I reached out to a few of the nominees and winners to get their perspectives on the current culture of black music in West Michigan and the realities of being apart of that 13% creating works of art. Being an artist myself in the scene (Rebel Kuzco** no shame in my plug game) I personally think major steps are being taken every year by all involved to make sure we’re moving forward as a diverse community. I still see plenty of instances where If you don’t have an instrument in your hand and rhyming on a stage you’re not taken as serious, but I do see the swing of the pendulum in favor of the art being created in our community.

Dante Cope
“The West Michigan music culture is vanilla. It’s comprised of Folk and indie bands that are unoriginal. The culture is centered around breweries and not the actual music. I feel i contribute to the counterculture just to show artists and fans that their are alternatives. I also feel the culture is only this way because of the lack of infrastructure within the music scene here. There are no management companies, record labels, specialized studios, creative colleges, or development bootcamps to help incubate the talent here.”

J Rob
“My thoughts on the culture of the West Michigan Music scene are, it’s getting better and when I say better it use to be hard to book venues here and now we have national hiphop artist here every month, which gives artist on the local level a chance to display their talents on the same stage as the national artist. Still a lot of work to do, some artist feel like they don’t get enough attention or notoriety, but at the same time they have to do the intangible things that artist do to get booked or noticed. We do have some venues that can do better with the representation of HipHop, but I really live by the words “Nobody Owes You Anything” and no one is entitled in this thing we call hiphop.

How and what I’ve done to add to the culture goes as follows, I started off with a blog titled Good Life Campaign which actually gave artist a place to be seen and heard, I’ve also put on showcases and brought some individuals from different outlets to hear and see the awesome talent we have here. Few years ago I partnered up with Lady Ace Boogie for an event called “It Takes A Village” where we had hiphop for back to school, giving away book bags and school supplies, while the kids enjoyed some of the cities favorite emcees and DJs.

The scene is what we make it and we can control it if we just work together, I know that’s a little cliche but it’s a true statement. We need the outlets like Global Money and the innovators like Super Dre with Fortifye to keep the culture here going. I feel like we only get better each year and soon we will look up and it will be exactly what we want it to be.”

Jordan Hamilton
“I think SW Michigan is a petri dish of what americanism has done to different demographics of people. There is a very concentrated accumulation of wealth in favor of white people. You can come to SW Michigan and think wow, this is such a diverse place, and such a rich place where people can get together and love each. A lot of the white people here are friendly and engaging but at the same time it appears there are no other cultures here which is far from the truth. You look at other cities like Ann Arbor, mostly white, Ypsilanti most black. Portage, mostly white, Kalamazoo, there’s your black population. We have to look at SW Michigan as a result of what white supremacy has done to America and all these different cultures. The Ottawa tribe is still out here. They have organizations, they have people out here working. Their tribe is strong, and yet they still have no representation and we’re sitting on their land.”