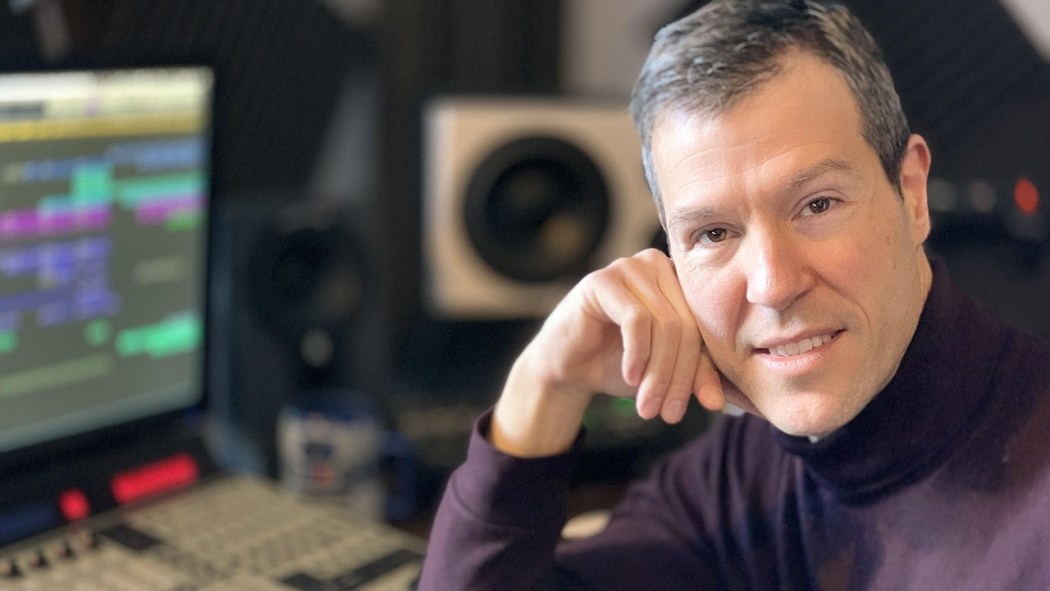 One of the things that helps music stick with people is the story telling. The journey that the music can take you on. One of the most impressive approaches is making music that tells a story, when it’s all instrumental. Where the music has to tell the story without the vocals narrating for the listener. That type of music is special and a special producer to pull it off is Danny McIntyre with his record “Brain Bot Broken”. An incredible display of music that fuses EDM and cyberpunk shrouded in sci-fi storytelling . Danny was gracious enough to take some time to answer some questions for us. The Producer Spotlight is on Danny McIntyre

Who is Danny McIntyre the producer?

– Honestly, I’m the luckiest person I know. As a producer/composer, most of my output is for media. I regularly work with major networks including CBS, Discovery Channel, and I’ve worked on projects for Sony PlayStation among others. Every week I have music played on television and I’ve won numerous awards for many of the projects I’ve been involved in. It’s a trip that never gets old to write music for media, and then see it live on TV, or hear it in a game while playing. People generally come to me for orchestral music, rock/pop music, or EDM, and I love it all!

I also teach how to compose/produce at Berklee College of Music and have recently launched a record label. I teach a class on EDM production and stay in touch with many of my students after they graduate. They are all so talented and inspiring that I decided to launch a record label called, “Droid Mafia”, which is dedicated to working with fresh talent. Droid Mafia is designed to be a platform for eager producers who are willing to experiment and push the boundaries of electronic music.

– I started playing piano when I was 5 years old. I was fortunate enough to have a very supportive family that pushed me to pursue my passion for music. I went to a high school for performing arts, followed by Berklee College of Music and then graduate school, all majoring in music. I ended up with a PhD in composition. I couldn’t get enough, and wanted to learn everything I could about music. Along the way, I started working in studios to pay for school and to satisfy my urges to compose/produce more commercially driven music.

I remember composing avant-garde orchestral music during the day and premiering those compositions, while simultaneously producing hip-hop albums and EDM backing tracks for television. To this day, I’m constantly shifting my creative gears. I got up at 4AM the other day to work on some orchestral cues for a documentary I’m scoring. Later that day I wrote a future bass track that a network requested. The next day, I taught how to score for TV and produce EDM tracks at Berklee.

– Over the years I’ve switched DAWs so frequently that I’m comfortable saying that whatever I’m using today is not likely going to be what I’ll be using in five years from now. I’m currently in love with Logic because it’s a great universal tool. It’s an awesome DAW for scoring, EDM, tracking rock etc. The biggest reason I like Logic is that it’s tied to Apple. It will never go away for that reason alone.

I always stay current on Pro Tools, because it’s the DAW you’ll see 99% of the time in bigger studios and it’s wise to have at least a base fluency in it. All that being said, Ableton Live looks hot as hell and I want to make some time to learn it… It’s quickly taking over EDM… Cubase is also a contender, but there’s only so much time in a day and there’s a lot of music to create! They all do the same thing; it’s just workflow preference. Outside of DAWs, I use the usual stuff. Serum, Omnisphere, Kontakt (with about 150 3rd party samples), Sylenth, Zebra, Polyverse, Izotope, Soundtoys, FabFilter, Sonnox, altiverb 7, and I still use WAVES. I’ve put together a nice studio over the years with a bunch of guitars and basses, amps, and microphones. I’m sure I left stuff out… I’m definitely a gear junky!

– The idea for “Brain-Bot… Broken” popped in my head one day outside of the studio. I imagined a sound that’s not exactly a cello, but maybe part cello, that’s cycled through a repeating rhythm. I jumped in my studio and started designing the sound. It ended up being a spiccato cello sample layered with a piano with a really fast attack and release, and a few synths. Purposefully impossible to play by a human, the cycling rhythm set the stage for a synth wave, almost psytrance atmosphere that develops into a big trap drop.

The inspiration behind the track is that of an imaginary, heroic cyborg, who slowly begins to malfunction and stutter. Chaos ensues as the epic “brain-bot” becomes… well, broken.

– I’ve worked on so many fun projects; it’s difficult to narrow it down. My buddy Steve Cox and I scored a VR game for PlayStation in 2017 called, “Farpoint”. That one was really fun. We eventually won a Hollywood Music In Media award, a Webby, and honorable mention for a Jerry Goldsmith award for the score. The biggest trip was playing the game and hearing the cues we wrote. The problem is that a lot of the surprises are given away when I play the game. The first time I played it, I knew exactly which monster was around the corner based on hearing the melodies we composed! It was a great experience though.

– I love collaborating with Berklee graduates. I’m super lucky to be in a position where I can work with students, then call them after graduation to start working with me professionally. Seeing them progress from student to colleague is such a rewarding experience. I’m currently working with two groups, who will be releasing music through Droid Mafia this year.

What’s next for Danny McIntyre?

– I’ll continue writing music for media and absolutely releasing singles and EPs regularly for the rest of my life. It’s all so rewarding and fun. I have three ideas I’m knocking around and have already started to mentally sketch them out. The full EP, “Sentient Dawn”, which Brain Bot is a part of, will be out on 3/6. After that, I plan on releasing something new every month through my label, either by me, in collaboration with me, or simply pushing artists I dig.

Check out Danny McIntyre “Brain Bot Broken” below and check out his website. Stay Global my Friends!