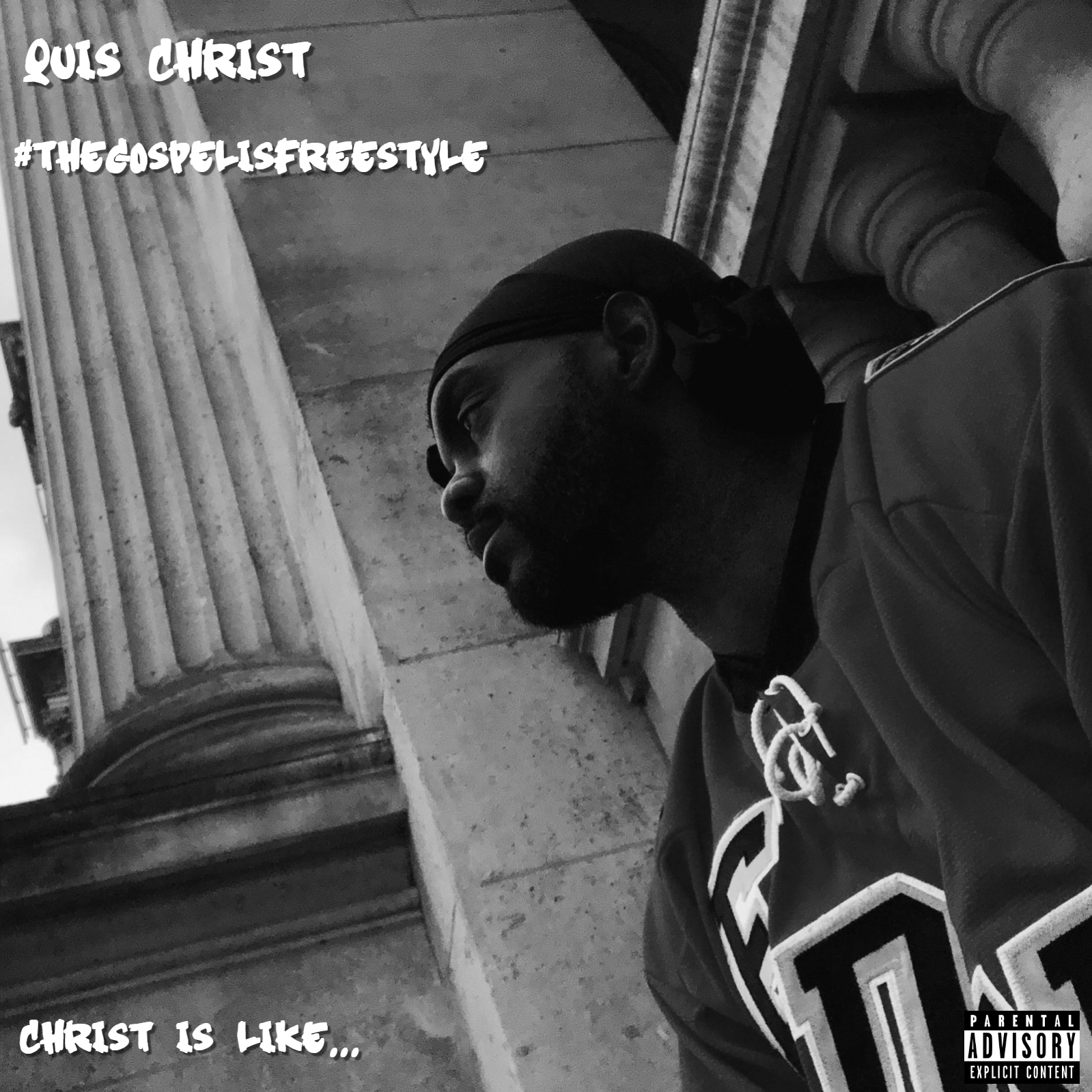 “I write immortal, never cordial don’t compare me to men”

People have many different aspects of what they love in Hip Hop. So many different sounds, it’s easy to become a fan of a little of everything, but one thing that everyone loves is an emcee that’s going for it. An emcee throwing on a beat and ripping it into shreds will always get the people going, and that’s what you get from Quis Christ on his new song “Christ is Like”, to kick off his freestyle series #TheGospelIsFreestyle.

Taking on a legendary beat of an artist of the caliber of Nas is always tough but Long Island emcee Quis Christ makes light work of it, on his new release “Christ Is Like”. At each turn he gives you a hard bar, with his flow dictating the action, not letting up for a second to put on Hip Hop Mastery at it’s finest.

Quis Christ “Christ Is Like” is the perfect introduction to his #TheGospelIsFreestyle series with him being stellar in every way. The flow is mean and the lyrics are meaner, as he gets in his bag and doesn’t give the beat a chance to breathe for a single second, on what is a must hear track for Hip Hop lovers everywhere.