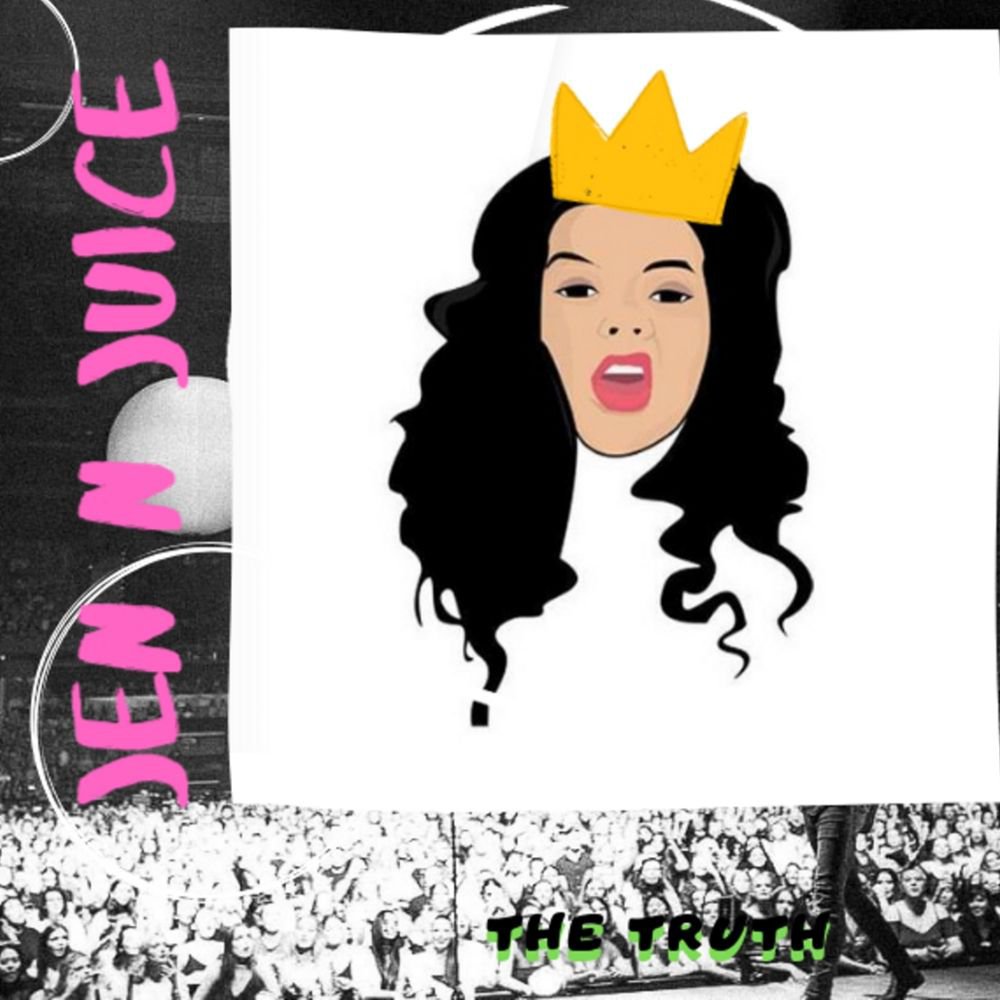 The music that lasts is the music that is honest and connects with the listener. That music you hear and you just feel it, because it’s so real. That what J N Juice gave us on her song “Pushing Concrete”. A song that takes you deep, and we just had to know more about this artist and this record. Jen N Juice was gracious enough to take time to break it down for us. Below she breaks down her Master Pen.

Who is Jen N Juice the artist?

A creative, venting her emotion through lyricism.

What inspired the lyrical approach to your “Pushing Concrete”?

Honestly, I just wrote from the heart after triumphing over some traumatizing life experiences. It was more of a present, past, future type breakdown. October of 2016,I was pronounced dead. The EMT told people I would not make the transport to the hospital from the scene. After waking up from an induced coma a week later, I saw R.I.P. posts all over my Facebook timeline. The posts exposed people I blissfully believed were friends (the comments proved otherwise).

I’ll spare some of the gritty details, the point is, the heartbreak fueled the lyrics. People looked at my circumstances and thought it was over for me. This is where the line ‘Are you not computing?! Thought I died I was rebooting, hard drive, like commuting…” came in. The hard drive pushing forward no matter how grim things looked.

There are alot of aspects to break down. If I had to pick a favorite, it would be “I’ve endured for endurance, indoors making the furnace, the devil couldn’t burn this, flowing water, Jen N Juice is.” After enduring life’s trials, almost being killed by adversaries, Jen N Juice still flows with life’s waves as if like water. The “flowing water” is also a nod to God being the “living water” that kept me alive and gave me the victory.

What do you think is the bar that people may sleep on listening to “Pushing Concrete” and why?

What would you rate your pen on “Pushing Concrete” 1-10? 10 being the highest?

I would say that its about an 8. I feel like I could have fine-tuned the track some more. When I got down to it, I determined it was important to accept my art by consistently  releasing tracks no matter what.

What can people expect next from Jen N Juice?

I plan on releasing more self-produced tracks; evolving the sound as I go. God willing, I will reach my goals of going global with music. In addition to music, I have a starring role in to-be-released SAG-Aftra film ‘Guns and Grams’ and it’s sequel. I’m keeping the faith in continued growth in the entertainment industry.

Check out Jen N Juice “Pushing Concrete” below and follow her on Twitter. Stay Global my Friends!